On our last evening in Winnipeg, we had to check out Prairie 360, a revolving restaurant in downtown Winnipeg. Yes, a revolving restaurant in downtown Winnipeg, Manitoba. We went to Prairie 360 as a part of July 2014’s Ciao Winnipeg organized Eat Winnipeg prix fixe special. Prairie 360 does have other vegan food on their regular menu, but the special dishes narrowed it down, and it was a pretty great deal too. 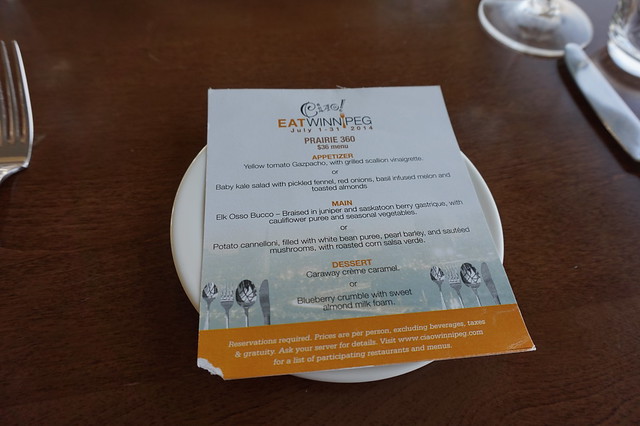 First of all, you have to get up there, in a elevator that doesn’t quit, we were seated near the window, with lots of room and comfortable seating, and probably one of the best views of Winnipeg – facing the new (and increasingly controversial) Canadian Human Rights Museum. It’s a beautiful and weird looking building, and we had a great view of it, and all of Winnipeg from up on high. 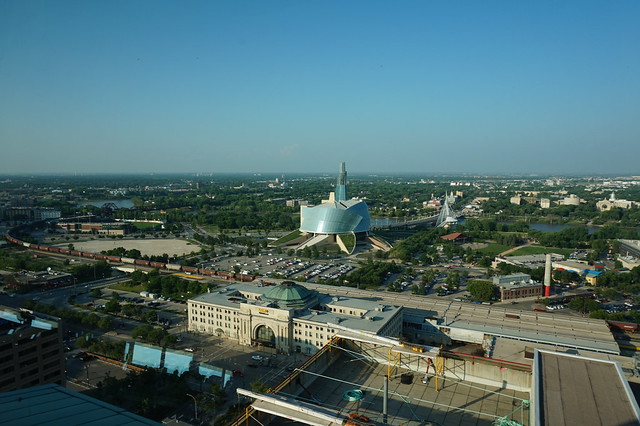 I’ve had some negative experiences with revolving restaurants before, so I was a bit nervous about seating  – but we were arranged thoughtfully, and it wasn’t packed, so we got to enjoy the view and our own little private zone. They start with bread and butter (but brought us a dish of olive oil when we asked.)

The appetizers on special were both vegan by default and there was one I was especially excited about – Yellow Tomato Gazpacho, with grilled scallion vinagrette. Because folks, I love gazpacho and this one was delicious. The plating was a bit messed up after our server zoomed to our table and stopped suddenly resulting in some g-force effected soup, but it all stayed in the bowl. It was a nice gazpacho with a really nice scallion finish. 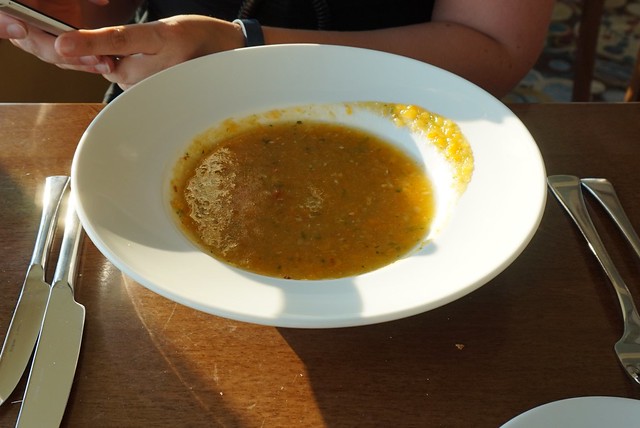 We also ordered the Baby kale salad with pickled fennel, red onions, basil infused melon and toasted almonds, out of curiosity, and it had a nice strong flavour combination, and I generally find salads boring. No iceberg here though. The soft baby kale leaves played well with the pickled fennel and red onions. 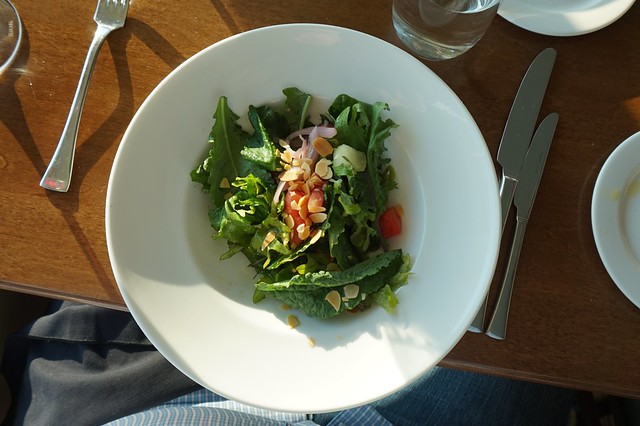 All the while, as we’re enjoying our meal, we’re also seeing Winnipeg from a beautiful and unique angle. It’s really a lovely city, and so much amazing green space.

Here is the view of the Forks Market building from up high. 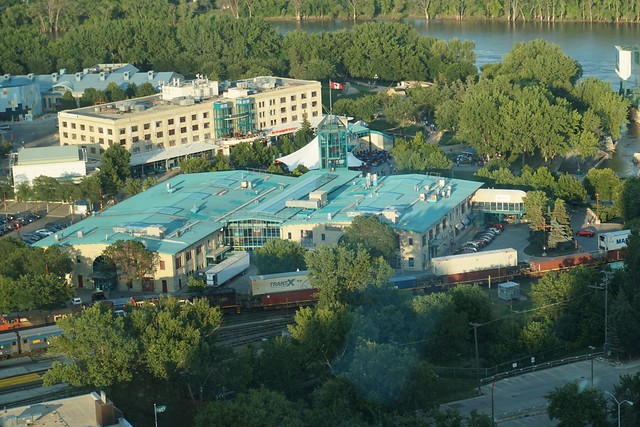 Our entree choice was the Potato Cannelloni, which was filled with a white bean puree, pearl barley, and sautéed mushrooms. I’m not sure where the roasted corn salsa verde was, but I wasn’t aware of it. 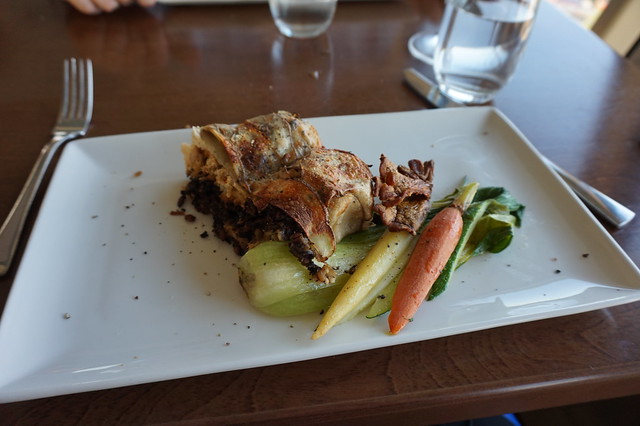 The Potato Cannelloni had a good combination of strong flavours, but I found it a bit dry. I liked the idea of thinly cut potatoes in the place of noodles, because it seems like a good way of offering a gluten-free option without having to use gluten-free pasta. I think I’ll probably end up experimenting with that idea at home in the near future.

Finally, it was time for dessert. As it was listed on the menu – “Blueberry crumble with sweet almond milk foam” I was sort of ambivalent. Why was I having a crumble at a fancy restaurant? What’s happening here? But we were both pretty excited with the result. 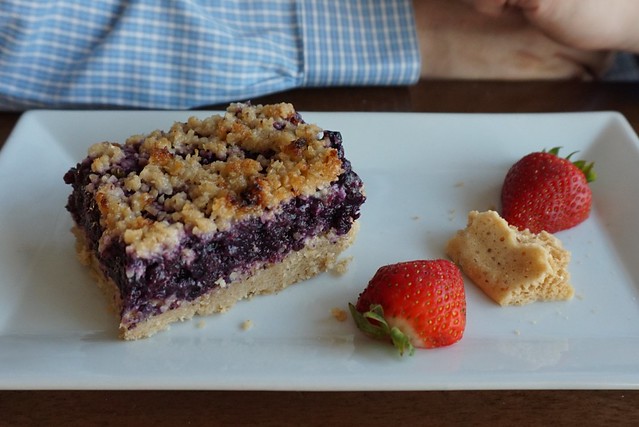 We had this blueberry cake with what ended up being some kind of almond milk sponge toffee, and it was lovely.

Over all, it was a really nice experience, and a view that could not be beat. I tried to make my reservation for later in the evening, but with the days being as long as they were, even 8 pm was too early to watch the sunset – but if you’re in the area in the winter, this is a thing you could do!