After a brief stop at the Vegetarian Food Festival, my tale of Road-tripping around North America can continue!

I’m finding myself at a mental roadblocks when writing about our trip or just writing in general. At certain points there is one place or one area that just stops me in my tracks. And it’s not usually that it was an unpleasant experience or I don’t have anything nice to say, it’s just… for reasons unknown, I can’t really get it together about where ever it is we were (which then complete derails everything until I pick it up again). So here it goes anyway, micro steps.

Right after we visited Jonnie’s Sticky Buns, we went over to The Forks market to take a look around and see if the Canadian Museum for Human Rights was open yet (it wasn’t – but it is opening Sept 20-21.) 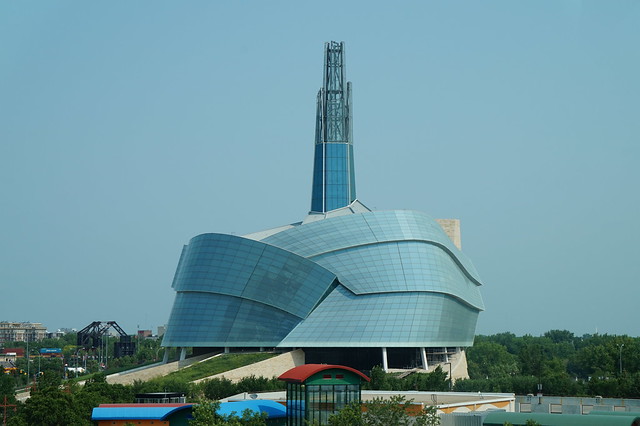 The Forks is a National Historic Site, and I was completely unfamiliar with it before visiting. We were trying to figure out why it was considered a National Historic site when it seemed to just be a really nice looking market building, and a place with a weekly farmers market BUT as we found out, it’s actually a lot more than that. 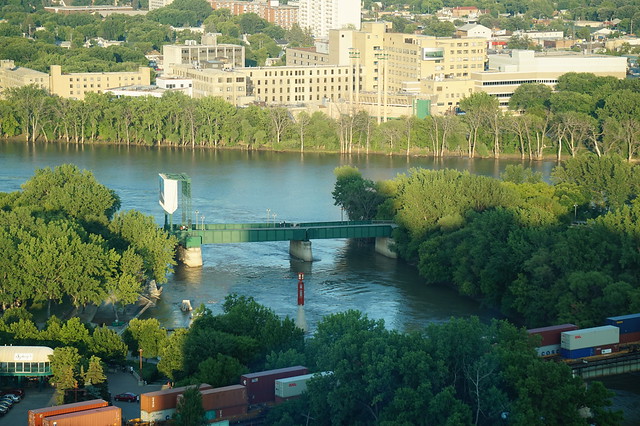 The Forks is a junction point of the Red and Assiniboine rivers, and was used as a major transportation, trade, and settlement area, and was a historically important meeting place as both of those rivers are connected to an intercontinental network of water routes used by First Peoples and European settlers alike. 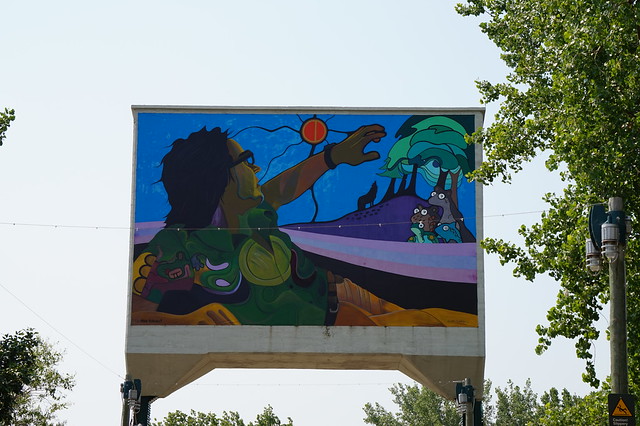 There are also lovely pathways to walk on, murals, historical etchings, and a garden full of only prairie plants. As well as a nice bench under a tree where we hung out with this squirrel. 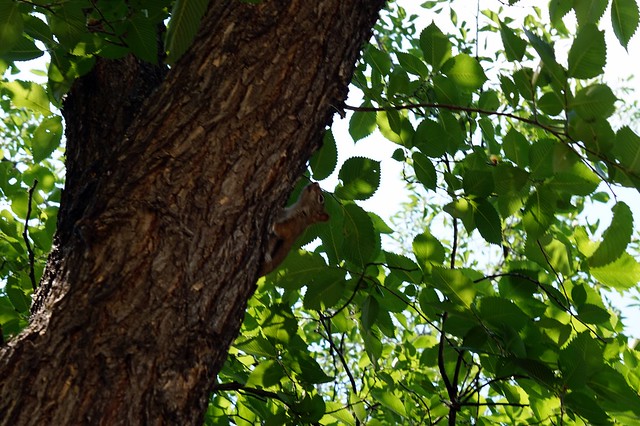 We just missed the last guided tour start time, but they have them between July 5 to August 31, Saturday and Sunday 11:00 am & 1:00 pm. So we went over to take a peek at the Forks Market Building. 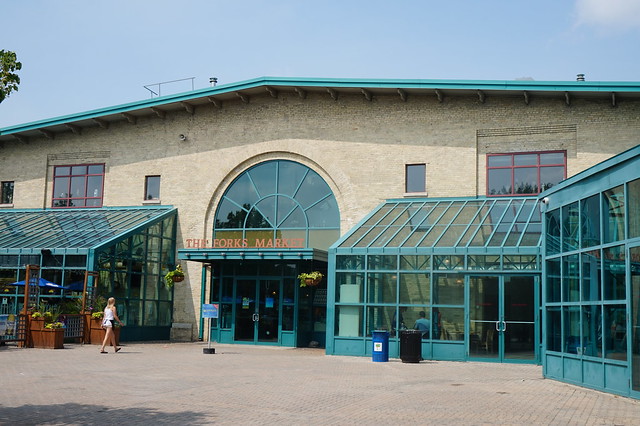 The market was full of interesting things, including a few vegan food & other options, like a whole bunch of produce, a few things from a Taste of Sri Lanka, and Generation Green Market, where local Winnipeggers can buy my favourite Just the Goods body care stuff, but I zeroed in on the first big container of Saskatoon berries I saw, which JC has never had before. I think he liked them, but I probably ate most of them. 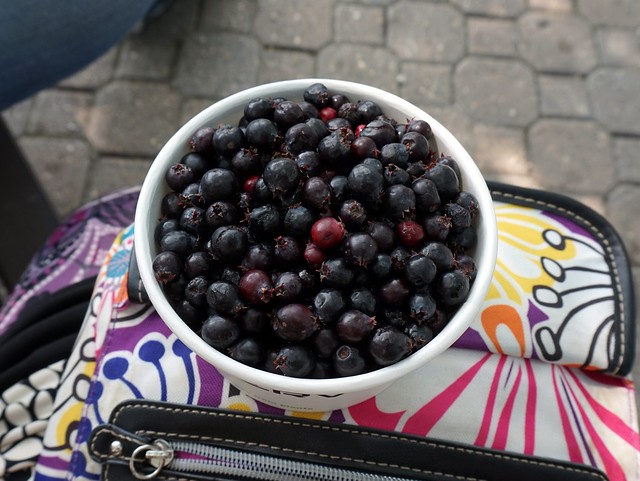 As I bit into them, the wonderful memories of being a kid and plucking them off bushes in the river valley with my mom (who likely inspired the urban forager in me) washed over me, but as delicious as they are fresh, I wish I had been able to turn them into a pie.

Toronto has Saskatoon berries too, but as I learned from this Toronto Star article on public places to find the berries, they call them service berries. (something I will never do!)

We went back to The Forks a few times and if you go, be sure to take a walk or ride up to the top of the observation tower. It offers some lovely views of the rivers, and parts of Winnipeg!

Tomorrow I’m looking forward to putting together a post on all the awesome vegan stuff I’ve seen on fellow VeganMoFo Blogger blogs, you can check out the list of highlights from last week too if you’d like.