Coffee and hangout space was pretty important to JC and I in general, and especially during our travel time. It’s just really nice to find places outside of our tent, hotel, airbnb, or where ever we are to just spend some time together, use the WiFi, and drink some really fantastic coffee. When Fall rolls around, I tend to start trying new and interesting coffee spots in Toronto, so I’ve got coffee on the brain.

In Winnipeg there aren’t a whole bunch of non-chain options that we saw, but there are some great ones. A friend, and fellow coffee fiend, Nicole, recommended a spot to us called Thom Bargen, so we went there after visiting Boon Burger on Sherbrooke (they are conveniently located across the street from one another.) 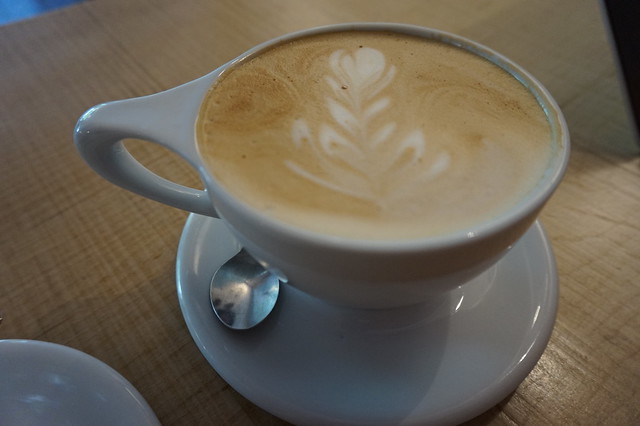 Thom Bargen uses Matchstick Coffee Roasters, based out of Vancouver, BC, and for our espresso/latte they used the Matchstick Los Guaysbales, from Huehuetenango, Guatemala, a blend of Bourbon and Bourbon’s mutant cultivar Caturra. The result was a great cup of coffee in a really nice atmosphere. 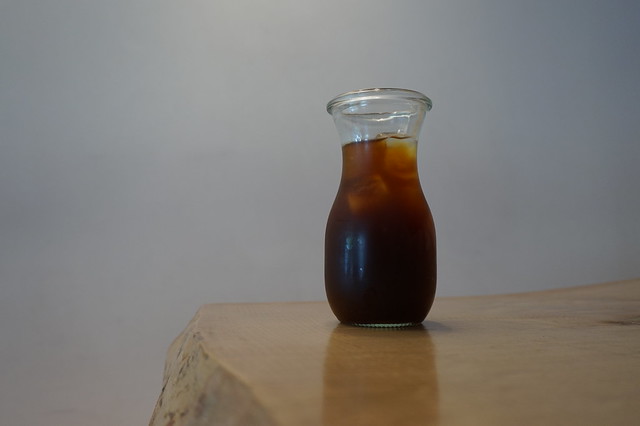 They also have a “cold-brew” but after I asked how they prepared it, it wasn’t wasn’t actually brewed cold, but just cold coffee, because they wanted the acidity to come through. But for me, that’s not what cold brew is about. I didn’t get into it with them. But of course, I ordered it, and unsurprisingly, their iced coffee didn’t have that nice smooth sweetness to it that cold brew usually has. Oh well. That said, it was still good.

We also went to MAKE on Coroydon Avenue which is a different vibe from Thom Bargen, but still a solid space. This time I got… tea. It was late in the evening, and I was dreaming about a cup of Earl Grey tea. Make Coffee has a whole bunch of different coffee roasters too, I saw Toronto’s Pilot, Stumptown Roasters (which I still think is mostly roasted in Portland?), there was a Manitoba one called Other Brother. But, it wasn’t time for coffee. I would have liked to tried the Other Brother roast sometime.  Also, I think MAKE might have the best price in the city for fancy pour over coffee, in case that’s something you’re interested in.

Our main aim with coffee spots is always just a spot to relax, and maybe partially to feel back at home. There is something timeless and location-less about sitting and having coffee. In that moment you could be sitting in Toronto, Edmonton, Paris, Japan, Poland, and they all have these comfortable similarities that feel familiar. I love to travel, but it’s still so nice to feel at home, even on the road.

It was a good opportunity to reflect on the trip so far, and look ahead to the other spots we were planning on going to. Soon we would be in Riding Mountain National Park, a park neither of us was familiar with, looking at bison and swallows and lakes and streams. (and beaver tails… the fried doughy kind…)