The wonderful thing about revisiting places, especially places you used to call home is being able to see how a place, community, city, town, has evolved over time. I try to keep conscious of the things that keep Toronto special, but I know living here I might not acknowledge the gradual positive changes that have occurred (but I’m pretty sure I do –  since I still vacillate between thinking “I’m from Toronto” when people ask, to thinking “I’m not from around these parts”.)

I was in Edmonton last month, not for the most ideal of reasons, but I made the best of it, balancing urban exploration, vegan food, and spending time with family – pretty successfully if I do say so myself. I got the opportunity to visit the Edmonton River Valley, one of my favourite parts of Edmonton now that I don’t live there anymore. We used to walk through the River Valley at least once a month when I was a kid, if not more, but I didn’t appreciate how special the area was until now. In some ways it’s like High Park – a beautiful green oasis within the city – that I also don’t visit nearly enough despite living a very short walk away.

There were visits to food truck festivals – like What the Truck. Stops at some of my very well loved Markets  – like the Old Strathcona Market, Earth’s General Store, and the outdoor City Market on 104th street in Downtown Edmonton. New-to-me places like 124 ST Grand Market in a neighbourhood that’s changed quite dramatically over the past 4 years. My old café haunt – Remedy, both on 109th street near the University and one of the newer ones on Jasper Avenue, but I couldn’t make myself go to the fancy new one on Whyte Avenue. 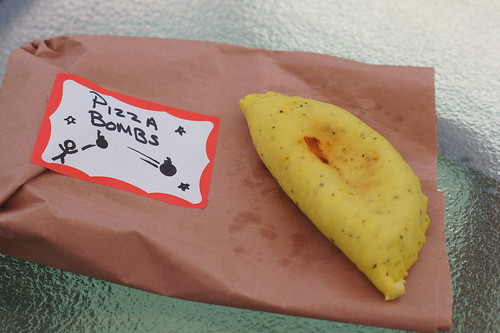 The 124 St Grand Market is this wonderful little market with several vegan friendly vendors – besides produce, there was Long Lost Foods (which was once the Mirepoix Trio, but they had to change their name), Truffula Foods, which makes a great soft cashew cheese, and of course Sailin’ On Food Truck.

I had to see Earth’s General Store (EGS) again, and a few times during my  short visit – it’s one of those places you might not realize is exceptional if you live in Edmonton – and it’s not just because it’s a successful lacto-ovo-vegetarian grocery store in Edmonton, it’s that it’s a lacto-ovo-vegetarian store anywhere. It still carries products I can’t find in Toronto. It’s all very inspiring. 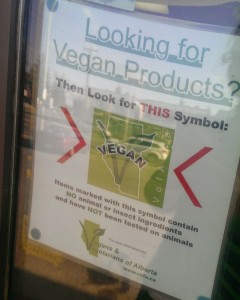 Now they’ve got little labels in partnership with the Vegetarians and Vegans of Alberta that designate whether something is vegan or not – of course, there were a few mislabeled items here and there (my pal Jen can attest that I fixed that up a little…), but overall I do appreciate the effort and the slightly easier option of finding things relevant to my interests. 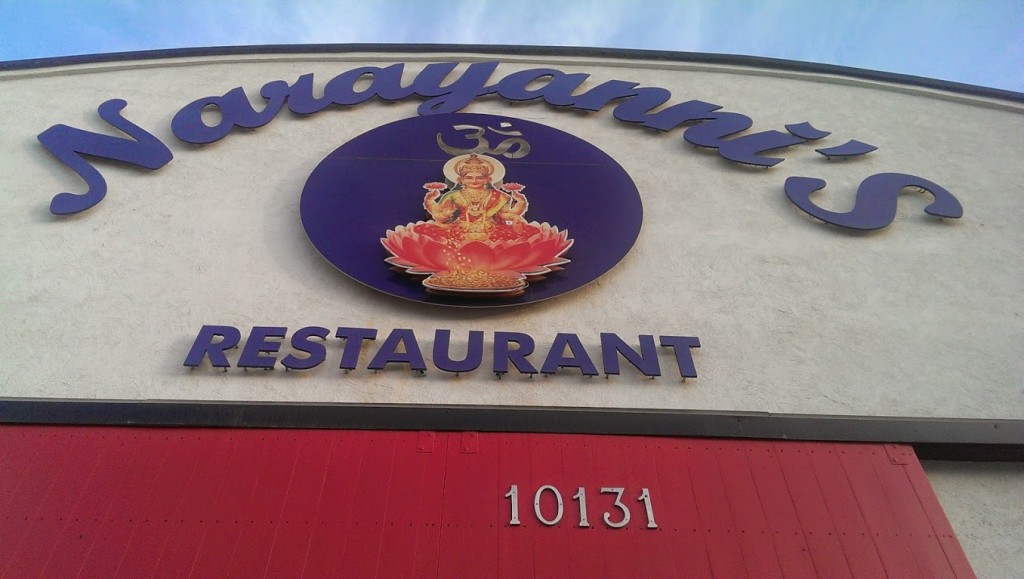 I convinced my family to join me for dinner at Narayanni’s Restaurant on their weekly vegan buffet night  (every Tuesday) and everyone absolutely loved it, including me. I’m always really pleased when I can find a restaurant my mom is enthusiastic about as she’s pickier about food than I am.

My best pal and I spent Saturday going on Farmer’s Market adventures, which is something I miss so much living in Toronto. It’s funny, because in Toronto we’ve got a market every single day – the grand adventure of trying to catch every single farmers market on Saturday just doesn’t happen. Starting out at the Old Strathcona Farmers Market primarily for Frickin Delights donuts and whatever else caught our eye. I was transformed back to the mornings I’d walk over after an overnight shift at a nearby hospital, and find a bounty of fresh local produce. Tasty salsas, vegan kim chi, coffee, olives, art, it’s got so many wonderful things. 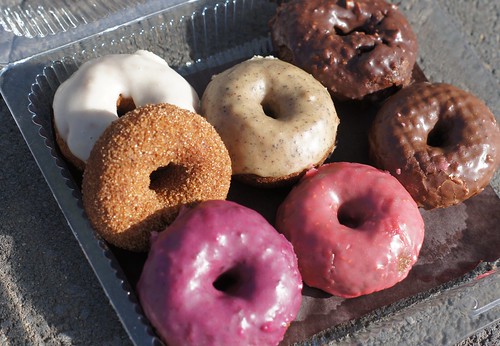 Like the vegan donuts from Frickin Delights I mentioned – they are fried cake donuts. And I’m a cake donut hater generally – but these donuts were still great. With lots of inventive toppings and flavours like London Fog, Mocha, Blueberry, Cinnamon Sugar, Double Chocolate, and more.

The City Market in Downtown Edmonton is even more of a joy because it’s outside now and has lots of produce to choose from, in addition to products, baked goods, and other vegan friendly fare. A new kid on the block – B Healthy Foods appeared in the last couple of weeks, which was exciting. They specialize in vegan, organic, gluten free, soy free baking – with cookies, cupcakes, muffins, breads, protein bars and more. 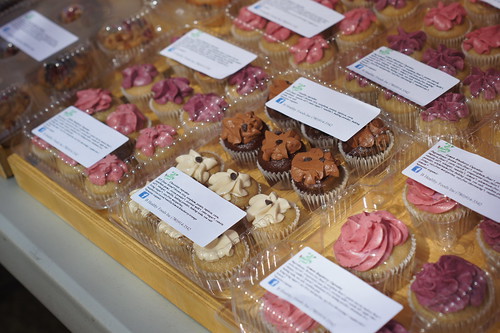 Robots Love Cosmetics had vegan body butters, Bloom Cookie Co is still slinging the vegan cookies – but they’ve since expanded to also offer prepackaged cookies at cafes like Remedy and from the Sailin’ On Food Truck around the city. 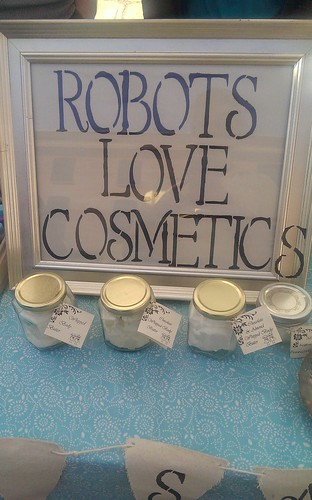 We followed our market visits with a traditional brunch visit to Padmanadi – the vegan omelettes are still just the most unique breakfast option I’ve had anywhere – and obviously, I eat a lot.

I took a bus trip to Bliss Baked Goods – a vegan-friendly Kosher bakery. I spoke with the two owners who told me they’re moving to a bigger and better location at 142 & 107 in the next little while, and are planning on expanding their vegan selection. 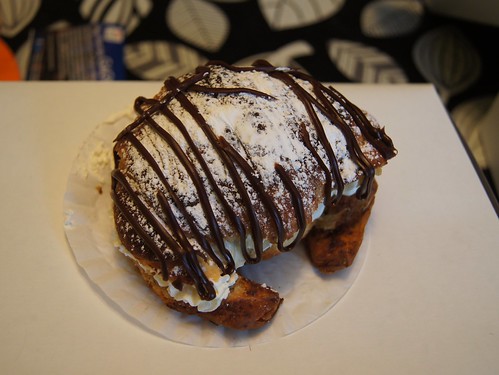 But they had cream filled vegan croissants, and wraps, and spreads and dips and still warm bagels boiled in molasses water (which of course I took home with me). The people that run the place are lovely and I can’t help but wonder if there is some hidden gem of a kosher/Jewish bakery in Toronto that makes secretly vegan products that I don’t know about.

I was blessed with mostly sunny days while visiting the city that I used to call home. So in short, while we’ve had our differences, I love you Edmonton, and I’m excited to watch you keep getting better and better.

More about Edmonton soon. More about Toronto Soon. Exciting things are happening everywhere, and I’m glad to be a part of some of them in one way or another.