We ate our last meal at Sadie’s Diner last weekend. Sadies was a vegan-friendly meatless restaurant that had been open since 2006, but now it’s closed. I’ve always seen it as an institution in Toronto and was a little surprised it wasn’t open even longer, but it probably helps that I have never known a Toronto without Sadie’s. 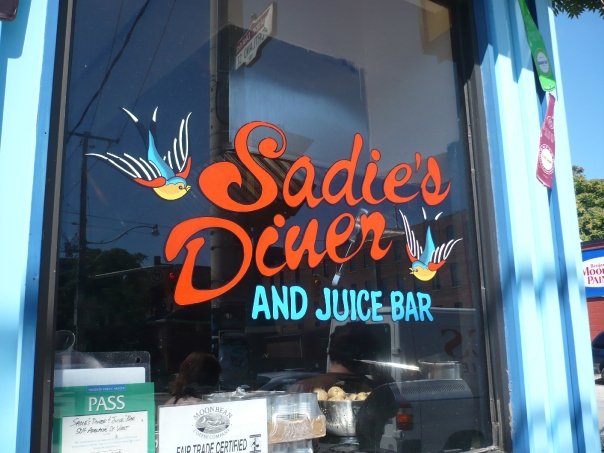 Known for their all-day-breakfasts, bright teal diner tables, and a huge wall of Pez (the owner Al is a serious collector), this spot did more than serve food – it was home to fundraisers, and art shows and community meetings, and more, and I hope that there will be other local vegan businesses that pick up the torch on the Vegan-Food-For-Charity front, because that level of thoughtfulness and community involvement will be missed.

I remember the very first Chili-For-Charity fundraiser I attended (which was also the first time JC and I went to Sadie’s together) back in April 2011 – for ARK II, an organization I’ve since joined as a director. It was my first time meeting the folks involved with ARKII and learning more about what they do. I even won a wallet and a t-shirt from the raffle. 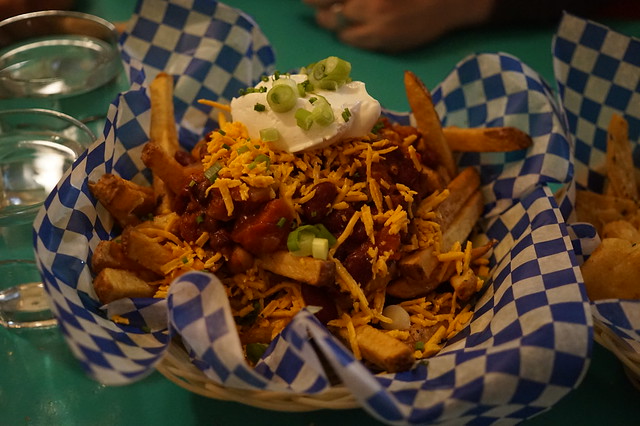 Anyway, farewell to Sadie’s, and best wishes to Al Ridley. Sorry to everyone that missed out on visiting Sadie’s while it was open. 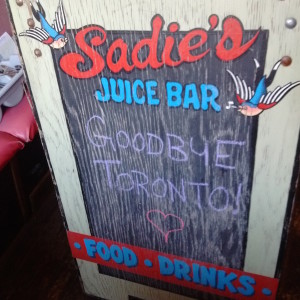 If you’re looking for a few good options for vegan brunch in Toronto it’s not over – there are a few good spots out there, in no particular order (& it’s certainly not limited to these):

What is one of your memories of Sadie’s Diner?