We spent a weekend in north-west New York State, around Niagara Falls, Buffalo, Hamburg and Rochester. We were in Rochester last summer at the end of our massive Summer Road Trip, but of course, I still haven’t posted about that part, since it was on our way home – so, I have nothing to link to yet! Oops. 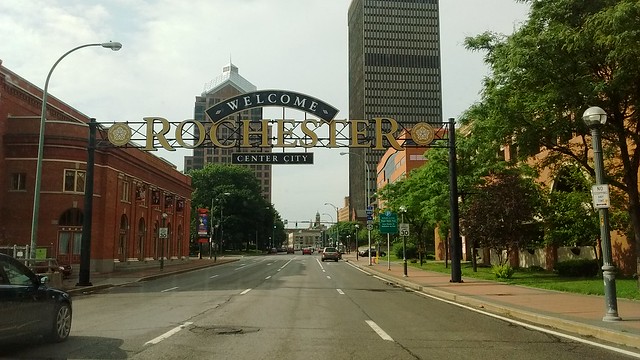 This time around we went to a few spots around Rochester – Lori’s Natural Foods Market, Vive Bistro, & Pour Coffee Parlour.

Lori’s Natural Foods (Genesee Valley Regional Market Authority, 900 Jefferson Rd,) is a very vegan-friendly market, and the largest independent grocery store in Rochester, NY. They have a fantastic selection of various veg products that you might not see at your local  NY Whole Foods or Wegmans – for example we picked up one of the new NY style Daiya Cheezecakes (which I’ve had before during ExpoWest, and I’ve been told will be launching in Canada in the Fall), large packages of Primal Strips vegan jerky, assorted Miyoko’s Creamery Cheeses, Earth Balance potato chips, and so much more. They also have a great selection of fresh produce. 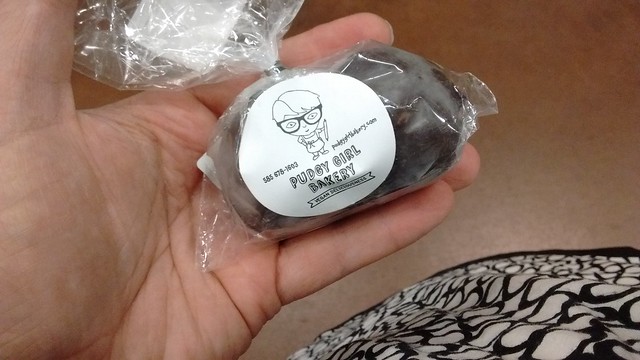 They also carry local vegan items like stuff from Pudgy Girl Bakery, and they carry products from Eat Me Ice Cream (which make a dairy based and coconut milk variety of ice creams), they also have vegan friendly grab-and-go items in their cooler.

If you’re in the neighbourhood, I totally recommend visiting the market. Lots of fantastic stuff to see and try, with the added bonus of ample parking. And an accessible entrance. 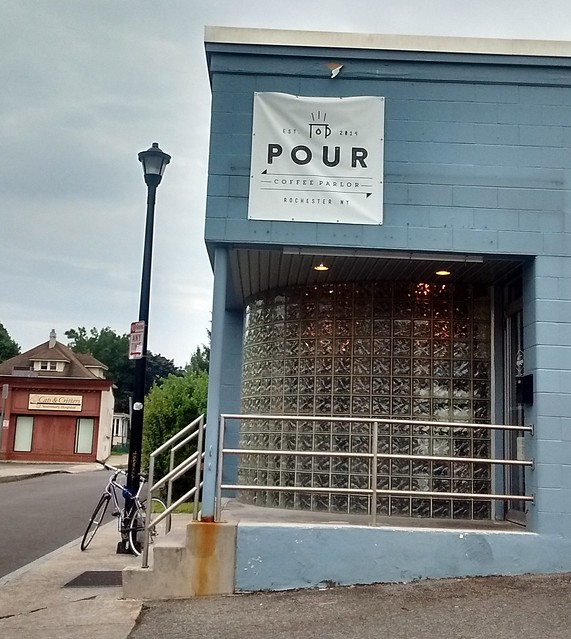 The other spot I want to mention quickly was Pour Coffee Parlour (23 Somerton St, Rochester.) It’s a big cafe, open late, tucked in on a small side street, but they’ve got really great coffee options, soymilk, as well as vegan and gluten free baked goods from The Red Fern. My soy latte was way up there in terms of quality, and I enjoyed the comfortable atmosphere in the cafe. It does not have an accessible entrance, and there are about 3 steps to get in. 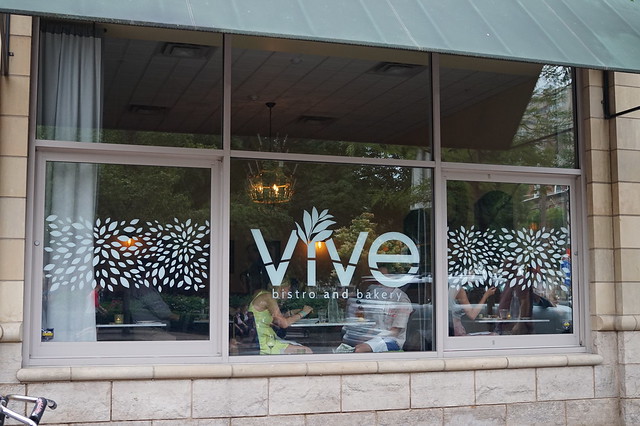 In between these two visits JC and I went to Vive Bistro and Bakery, and I’m so glad we did. As an added bonus, the Rochester Jazz Festival just started the day before, so there was lots of activity and music wafting around.

We started with a basket of hot rolls and 2 cocktails. I had a great chocolate rimmed roasted coconut milk martini – JC had a blackberry bourbon. Their cocktail specials are worth listening to – but they also have a nice wine list by the glass or by the bottle. 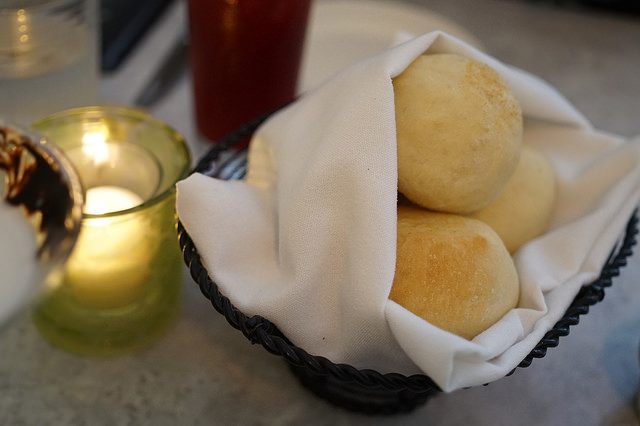 I saw gazpacho I was very excited, because I had by first gazpacho – an incredible one from Aux Vivres in Montreal one formative summer, and so expect every gazpacho to be transformative. So, I didn’t like this gazpacho, and it’s probably because I expected something different. 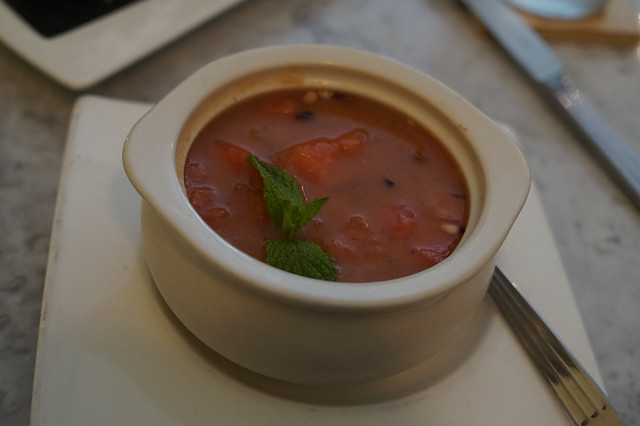 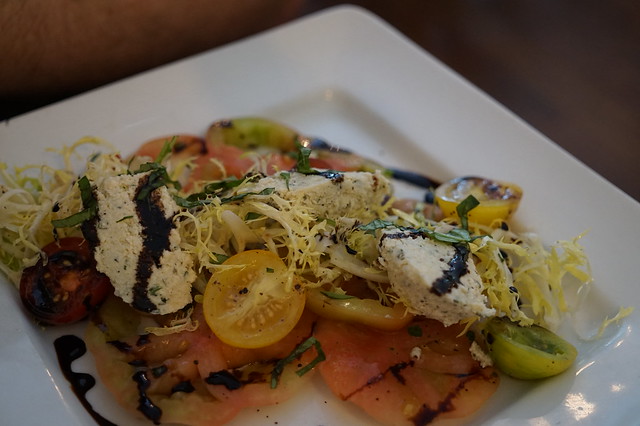 Heirloom tomato, boursin cheese, micro basil, balsamic reduction. This was JC’s appetizer, I had a bite, but had enough on my plate already. 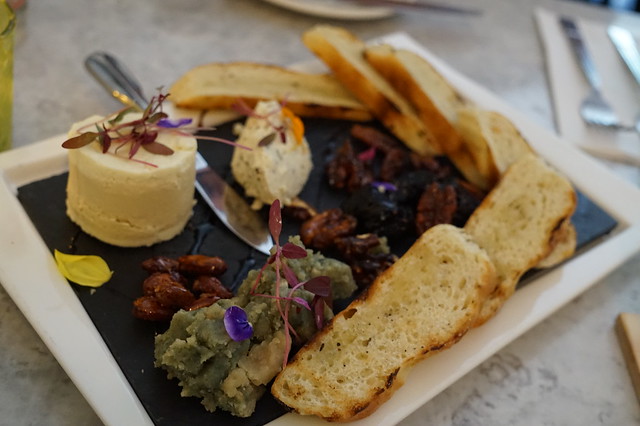 JC has experience with these cheeses in their non-vegan form, so he’s always my go-to for opinions on how they compare. The boursin was a favourite, and met the flavours and mouth feel of a traditional boursin quite well, I kept going back for more of the bleu (which was more green) but the winner of the night was the brie. It didn’t have the same plate feel as a brie, but mouthfeel was spot on (according to JC) – it melted together in my mouth in a creamy wave. Definitely try this if you get the chance.

The figs, spiced candied nuts, and flower petals on the plate really added to the plate, but we were surprised by the flavoured crostini. We needed more bread, so they brought us another basket. 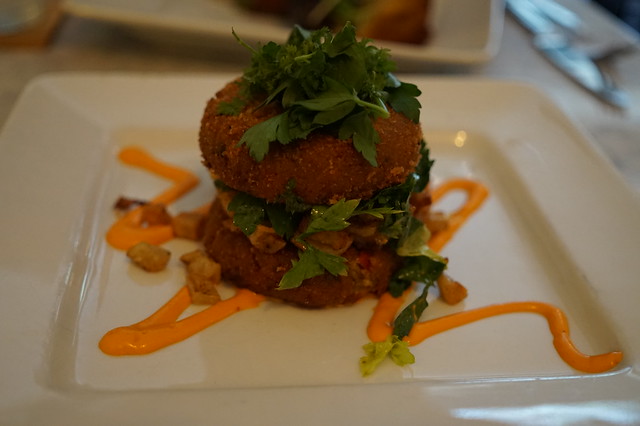 The Croquettes were made up of hearts of palm, red pepper, and nori, and sandwiched between them were some herbed hashbrowns, with a red pepper rouille. 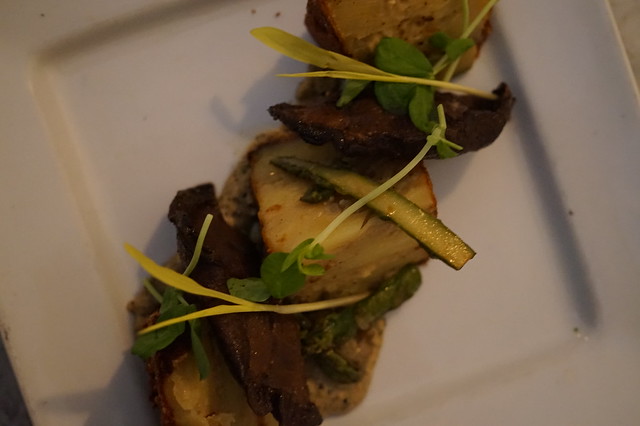 Service was friendly, and there was a really nice atmosphere.  One co-diner inexplicably was playing a video while eating, but the moment she left, it was back to lovely. (P.S. Don’t watch videos with the volume on in a restaurant. Kthx.) In the centre of the dining room we were in, they had a chandelier made of wine bottles, and fun candle-like lighting as the sun went down.