Since returning to Toronto from Austin, I’ve been working on something, with a sense of both urgency and excitement that has also resulted in me being a bit of a shut in. I’m lucky that I’ve been able to work from home for the last year or so doing freelance web-development work, but a new, and more personal project is my current work in progress.

That said, I’ve been dreaming of sitting outside, even with my laptop, and maybe a nice glass of tea, or a zevia. Today, was the first day I’ve done that for a while. Why the sudden change? JC and I have been trying to build an outdoor table for the last few days. We bought this Applaro table from IKEA this weekend. A semi impulse purchase after going to have a dinner of Veggie Balls in their dining area. Our existing outdoor table has been shifting with the weather, and had become pretty unstable (to the point where trying to rest both a laptop and a mug of tea was inviting disaster. So, step one, buy a new table. 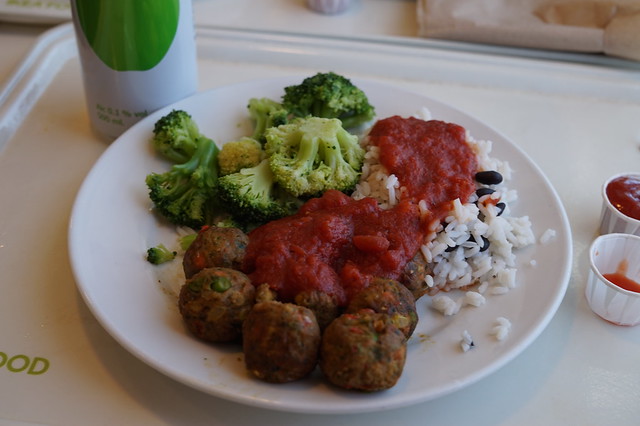 Step two involves actually putting the table together, and we both did it, but separately. I opened up the box and did the table, JC attached one of the legs, and one side of the brace, and I finished it up today. This piecewise construction worked out great, and letting myself leave it alone for a while had a positive impact on my life. I’m usually a finisher, this includes books, projects, movies, and tv shows (even when I don’t like them) or if I don’t finish something, it bothers me. It lingers. I think about it, and all the other projects I didn’t finish (frankly it’s kind of exhausting.) 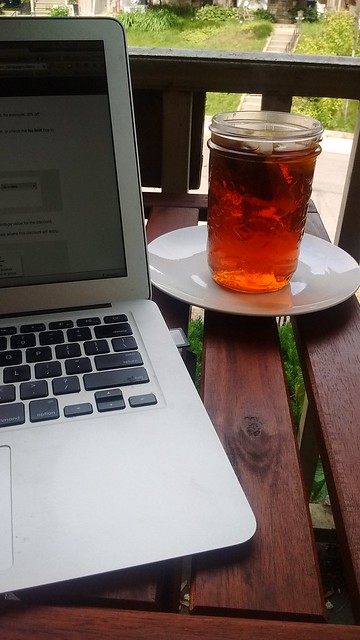 So I sat outside today, with my computer, a glass of rooibos tea with a piece of lemon in it, and a zevia. For at least four hours. I got fresh air, and some work done. A little bit of sunshine. Feeling the energy of the neighbourhood was nice. Birds chirping and slightly older baby squirrels, and cats (which have homes, which I’d prefer they stayed in) wandered around, people with dogs, neighbours chatting. It was a great chunk of time, and while Emmiecat, my usual work side-kick would have preferred if I stayed in all day, I’m going to do the outside thing more often when I can. 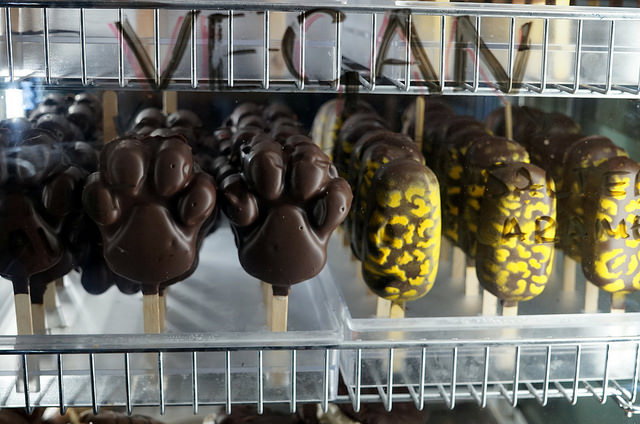 Yesterday JC and I went out for roti and Sweet Olenka‘s ice cream on Queen Street West. I’m happy to say that they’ve been offering really phenomenal vegan options for a few years now. And now have three locations (Queen W, Etobicoke, and in Kensington Market.)