As you might know, last year in September, Field Roast’s tasty vegan sausages became scarce, and hard to find. Why was that? As JC and I learned at the Vegetarian Food Festival, the Canadian Food Inspection Agency (CFIA) and Health Canada had taken issues with how Field Roast product fit within current food regulations, and banned them.

Two things needed to happen before Field Roast would be allowed to sell in Canada again, they needed to:

You can read the whole story here from Field Roast.

Anyway, fast forward to 9 months later.  They actually did all of these things (using the non-animal alternative method of course.) They redid their labels, added pea protein, and a vitamin fortification mixture to meet Canadian regulatory standards, and announced they were coming back to Canada. You can read more about that over at the Field Roast Blog here.

But they view these as temporary measures and this experience with the CFIA and Health Canada triggered the creation of the Plant Foods Council – a trade association of  food manufacturers who make vegan products similar to traditional animal products such as meats, milks, cheeses and butters. The goal of the Plant Foods Council is to work to update Canadian food labelling regulations and promote the health and ecological benefits of a plant-based diet. So, I wish them luck, because that’s something personally and professionally interesting to me.

Now on to the actual sausages. 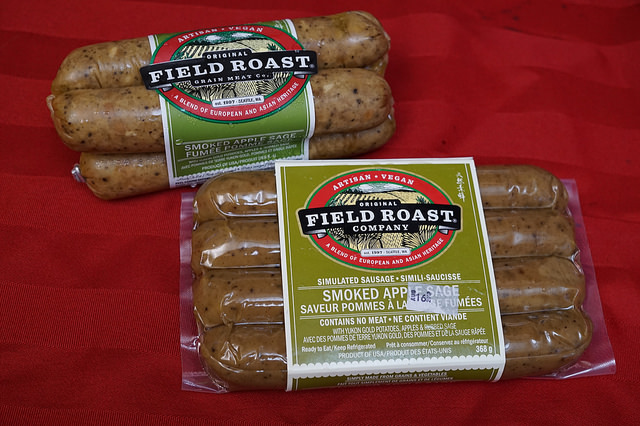 When I spoke with the Field Roast folks back in September 2014 at the Vegetarian Food Festival, and heard they weren’t going to be available anymore, JC and I IMMEDIATELY put in a wholesale order for both the Smoked Apple Sage and the Italian Sausage Field Roast and have been hoarding it in our freezer ever since. A few vegan friends have gotten strange sausage based gifts over the last few months, but otherwise, these sausages have been living in our freezer, waiting. Occasionally being used for dinner, usually, left alone.

JC picked up a new package of the Smoked Apple Sage from The Sweet Potato in the Junction, and I wanted to compare the two to see if there was any difference in the formula. The short answer is the flavour is pretty much identical. However, the size and texture is completely different.

That said, to me, the textural changes were significant, but they were not significant enough for JC to notice when I gave him both sausages on one plate without telling him. The new sausages are longer, in different packaging, and more cohesive. The classic field roast sausages were looser less compressed.

You can see what I mean below. On the left, you can see the texture of the new sausage, on the right, the classic version. The density is different. 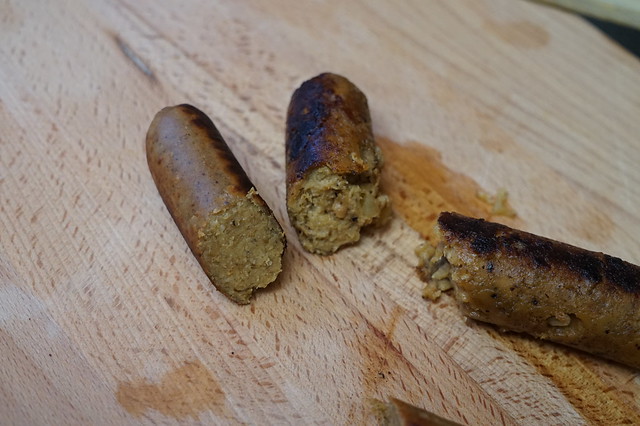 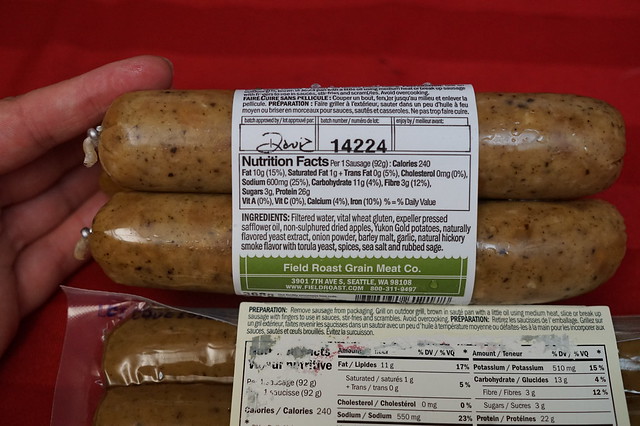 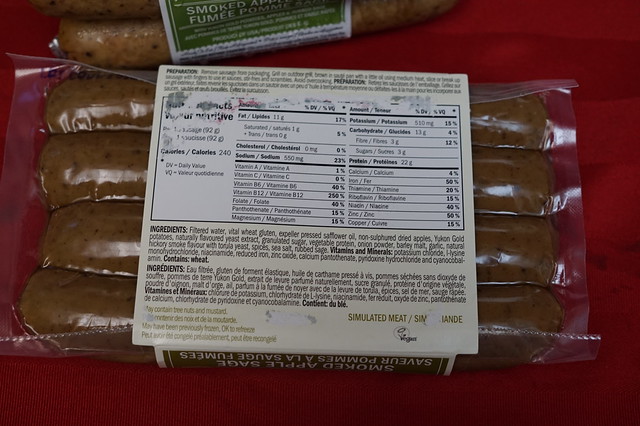 I’ve bolded all of the new ingredients.

While the packaging, labelling, and some of the ingredients are different, the flavour is close to the same as before. The new package is even easier to open, the new formula has resulted in a denser sausage, and I’m not disappointed with the result. I appreciate the effort Field Roast has gone through to re-enter the Canadian Market, especially considering so many USA based companies don’t see the value in coming to Canada at all.

Where Can You Get Field Roast in Toronto With Certainty:

Have you tried them? What do  you think?