Well, they’re here, and I liked them.

From the moment we walked into the IKEA on The Queensway in Toronto, it shaped up to be a positive experience. There was a big sign by the escalator in the entrance announcing the new veggie balls. We went over on the first day (April 27) to give them a try, it was weird to plan a trip to IKEA solely to eat at the Restaurant, a spot that hasn’t particularly been that exciting for me for the last few decades. But there we were.

We arrived just in time to be sandwiched between crowds on either side. I don’t know how many of us were excitedly waiting for veggie balls – it may have just been a normal day at IKEA. But for me, I was looking forward to trying them, but I was also trying to keep my expectations low. I had some friends in the USA (where the veggie balls launched earlier this month) saying they weren’t that exciting or they needed more sauce, so that tempered my expectations a little bit. 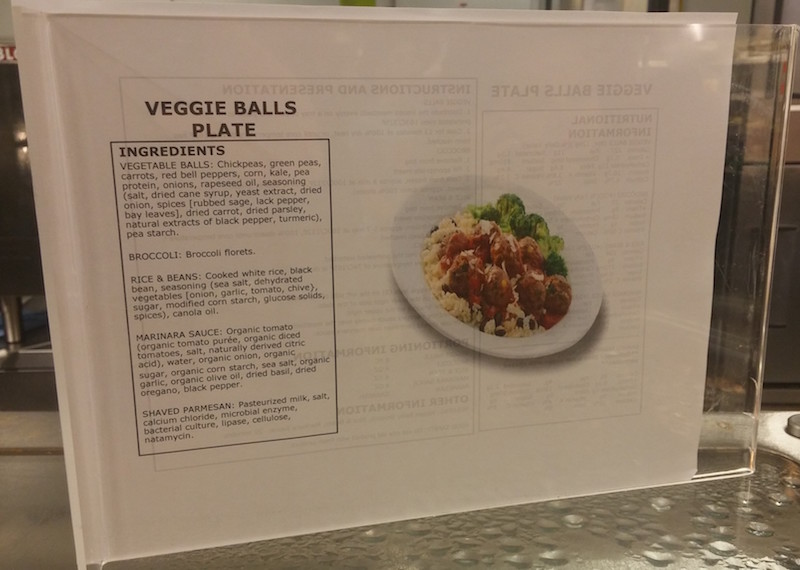 Service was super nice too. They made a point of saying “That makes them totally vegan” when I asked for it without parmesan (p.s. ask for it without parmesan.) and when we took our trays over to the cashier they made a comment about how they were new and they liked them. I don’t know if this part of the sales process, or just real life good stuff, but either way, it left a positive impression. So often you get the vegan option somewhere that’s not really vegan-friendly generally, and the staff comments can be so off putting. Not here. Just nice… and encouraging even. 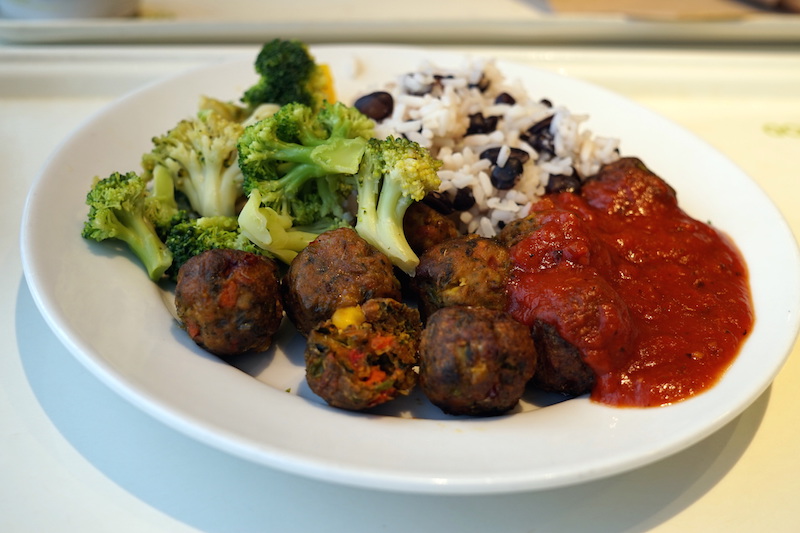 I don’t know what the naysayers were talking about. I liked the whole plate. It came with rice and black beans, some lightly steamed broccoli, veggie balls, and some marinara sauce.  We sat in the back corner and as I slowly munched along, I was genuinely (and pleasantly) surprised at how much I liked them.

A few friends and I had been joking that we’d have to bring our own gravy, but it worked out that it was fine without any extra sauces. Now, I’m not saying that I won’t pick up a bag of frozen Veggie Balls in August 2015, when they’re available in the freezer section (According to IKEA) and slather them in homemade gravy and lingonberry sauce, but it works all by itself. 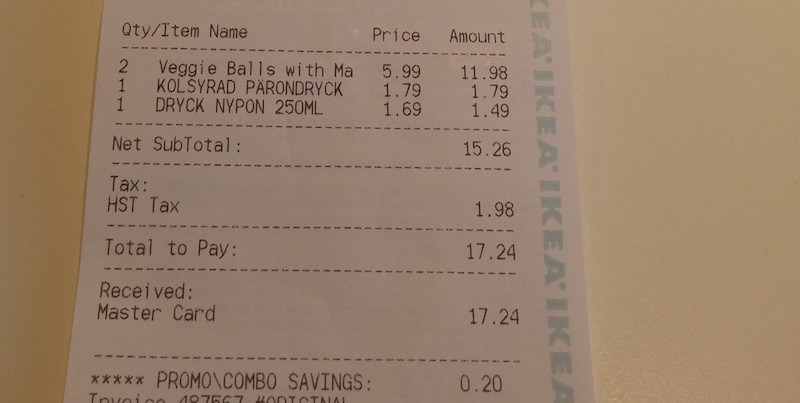 The price point wasn’t bad either. We bought two veggie ball plates, and 2 of their bottled drinks (rosehip for me, pear cider for JC) for under $20.

Have you tried it yet? What did you think?