Once upon a time I saw The Vegg online and I thought it was some sort of April Fools Prank that wasn’t possible. The pictures looked… too much like eggs. It looked too good to be true. And the website… looked fake too. However, the website has since improved, and I can verify that The Vegg really does exist and also happens to tastes quite a bit like eggs.

Unlike many vegans, I don’t miss cheese, I miss over-easy (easy-over?) eggs. It’s a textural thing that isn’t easy to duplicate through conventional tofu magic. It’s something you can do with a bit of molecular gastronomy (spherification) and black salt to some degree, but it’s not something that’s as easy as crushing up some tofu and throwing it in a pan. Until now.

At some point in April, Rocky from The Vegg did a call out for bloggers/testers, and I jumped on it. Do I want to try it? Yes. I wanted to finally try this mythical creation that I didn’t believe existed. And then what happens… my package gets stuck at customs for nearly a month. I checked to postage date, April… it is now almost the end of May. Luckily, it arrived last week. 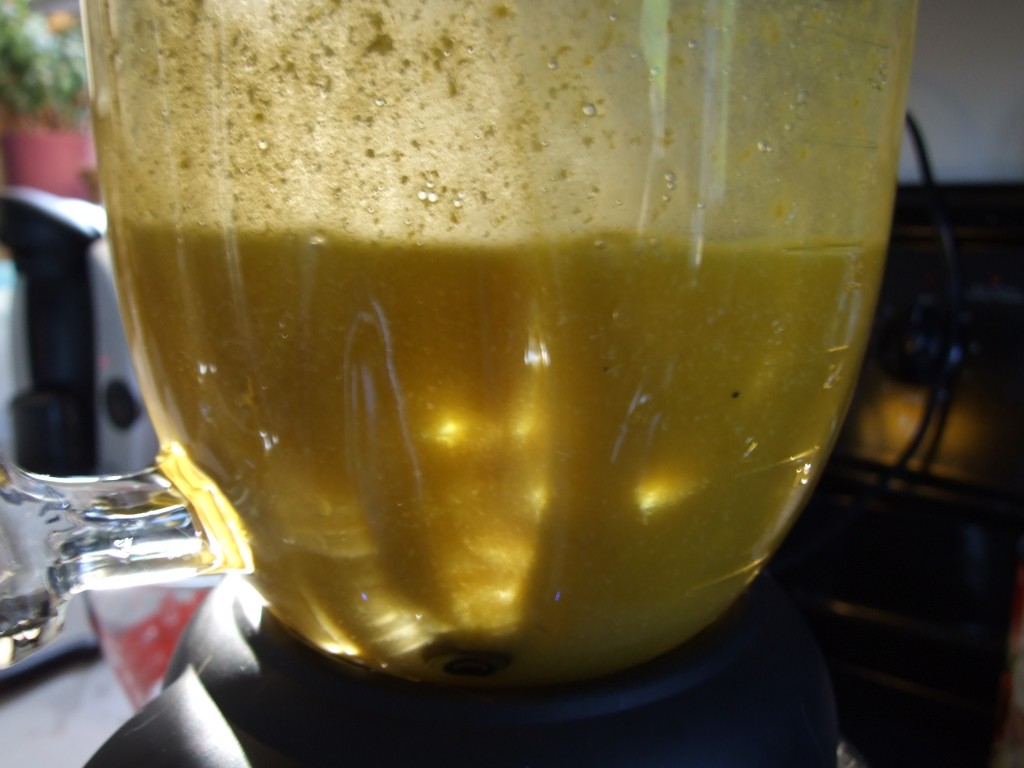 Preparation is simple. Have a blender? Check. Have some water? Check. The package I received said throw the contents of the package in to 1L of water. So I did. It is worth noting that the website (and I assume new packaging reflects this as well) has instructions for a smaller quantity of Vegg than a full 1L of Vegg yolk. However you can also freeze or refrigerate the remaining Vegg for several weeks.

I watched the spherification provided by The Vegg folks (see above), and decided to try it out for myself. I had my Molecul-R molecular gastronomy kit from a few months ago, so I used the calcium lactate from the kit. (as an aside, calcium lactate is not always vegan – including the one from Molecul-R, so just be aware). In the video they use Calcium Carbonate which has geological (Limestone, Calcite, Aagonite, Vaterite, and more) and biological sources (typically from animal shells.) 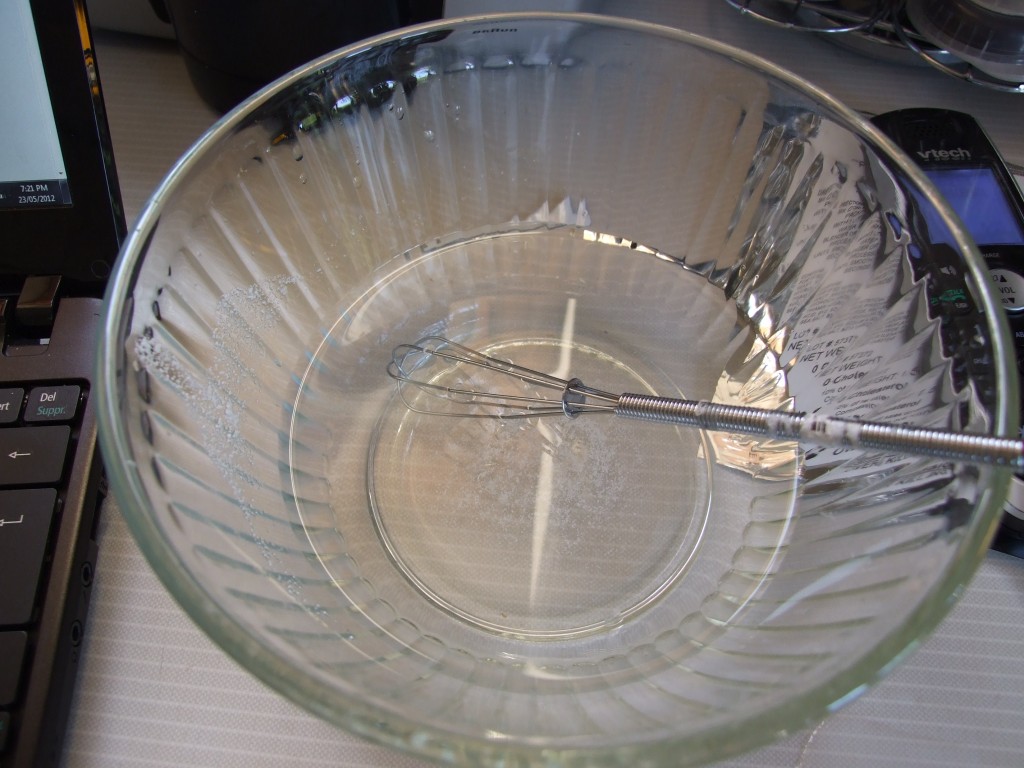 Spherification works is a result of the magic of chemistry. By making an aqueous solution with the calcium lactate or calcium carbonate you end up with calcium ions in the water. When you drop the Vegg mixture into this solution one of the ingredients (sodium alginate – from algae) reacts and forms a gelatinous calcium alginate sphere, with the liquid Vegg encapsulated within it. I was going to get into the science of spherification, but I think Fooducation does an absolutely fantastic job describing and explaining the process if you’re interested.

This was the end result of my spherification attempts: 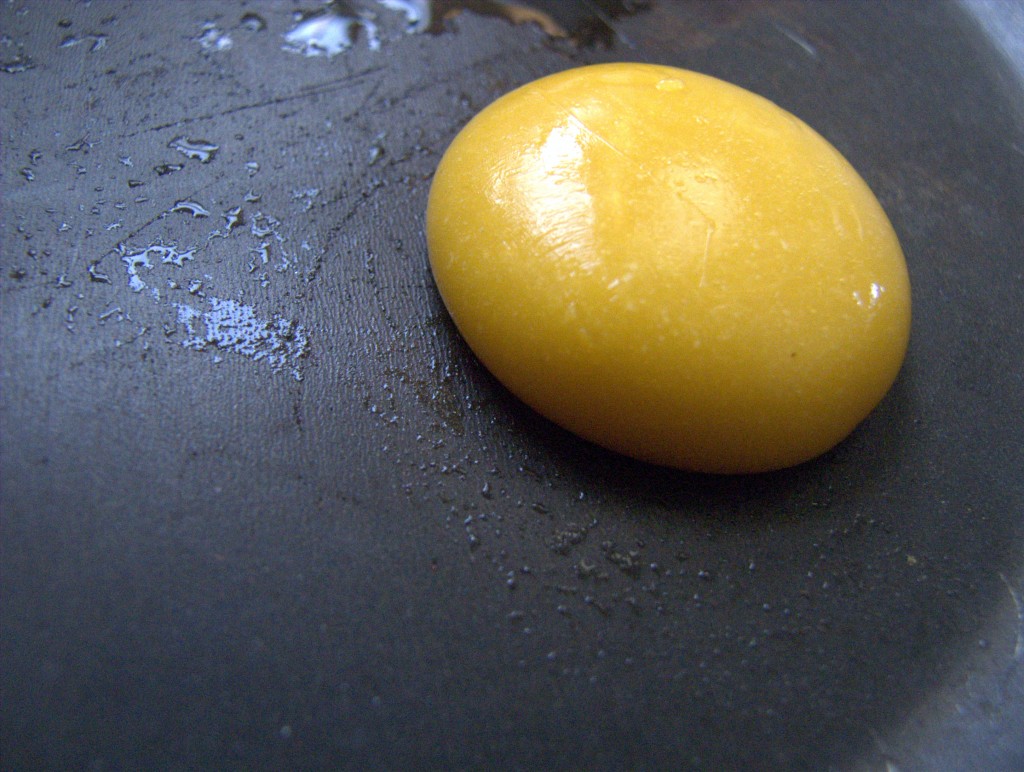 I fried the Vegg as is, and it turned out tasty and delicious, then I scrambled and cooked it, also delicious. I also added some Vegg to a tofu scramble, and it really kicked it up a notch. 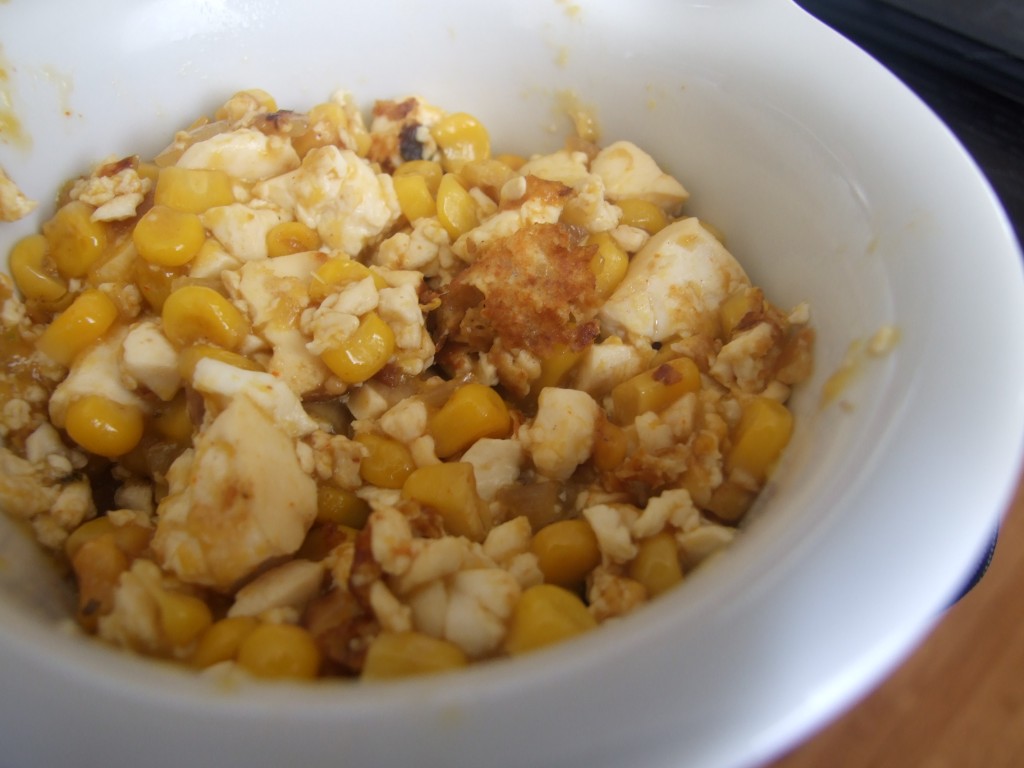 I don’t remember what eggs actually taste like, so I’m deferring to JC on what he though of the flavour. He wasn’t 100% on its accuracy, but it captured the aspects and what I was missing of what I think eggs are. He did however think it was tasty.

There is a listing on the Vegg Website of the various places you can buy it.

The only ones I care about are the ones in Canada. So far it’s just Karmavore in BC and Viva Granola Vegan in Quebec. Stores that could/should potentially carry it in Toronto (at least off the top of my head include The Big Carrot, Essence of Life, Evergreen Market, and Qi Natural Foods. I’ve sent messages to Noah’s Natural Foods as well

Full disclosure: I should mention that I received this sample of The Vegg for free, courtesy of Rocky, but I would have and will purchase this product in the future. I think they could do some especially amazing things with a good PR campaign, and I hope that product gets the press it deserves. It’s innovative, delicious, and fits something that was missing from the vegan market thus far.