Ever feel so incredibly out of place, and yet feel a pull from some nostalgic core about a place? Well, that’s how I felt about Hard Times Cafe the moment I walked in. I’ve never been much of a punk. I lived in a punk house, and we had punk shows in our living room, but I never really fit in. At least aesthetically. Still don’t.

Luckily, it didn’t really matter. As we walked a little further into the lounge at the Hard Times Cafe there were a whole bunch of different people in there. From entire families, to college kids, to a mad scientist looking type reading a big book, and then there was us. Canadian tourists fresh out of visiting the Mall of America. Don’t worry about fitting in, come in for the food. 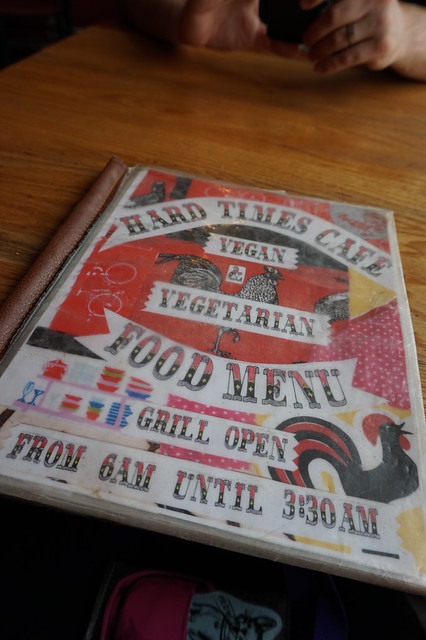 I ordered a Jolt Cola when I walked in and took a menu for JC and I to look at. What happens is you look at the menu, write down your order (except for drinks) on a piece of paper (per person – write your name on it), tell the cashier your drink order, and pay for it at the cash register (p.s. they are cash only). Then someone calls your name, and you pick up your food from the back at the kitchen. 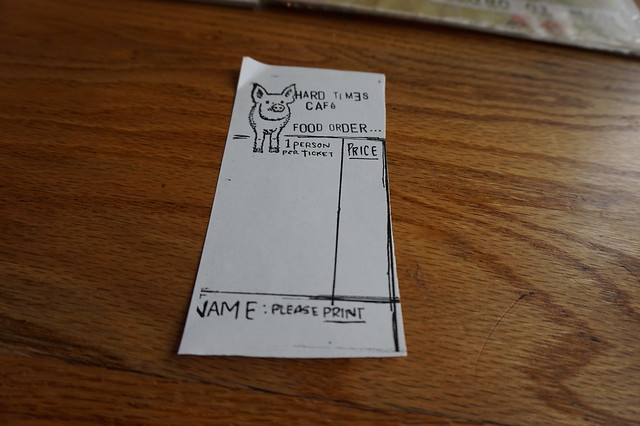 Service was friendly, and straightforward, and generally better than some of the spots we’ve visited in Toronto that I wont mention. It also didn’t take our orders very long to finish, and the kitchen was quick.

They are a meatless restaurant but not entirely vegan so for some things you have to specify what you want. This is what we ordered: 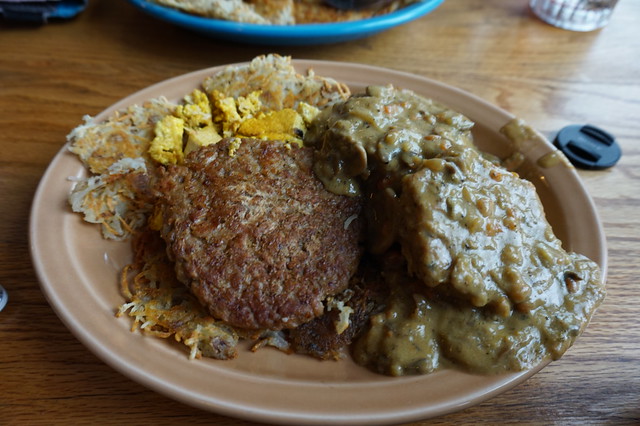 It comes with a hashbrown, which you’d know if you read the menu at all, but I didn’t so I ordered a hashbrown on the side (which means we got an entire plate of pan fried shredded potatoes to share). The soy sausage was okay, and crispy, on top of a tofu scramble. The vegan biscuits were my favourite part, especially with the thick savoury gravy.

JC had the Vegan Migas, which I didn’t try at all, but it looked good. It had strips of tortilla shell fried, under all of that salsa, and some tofu scramble, potatoes, on top of a bed of spinach. 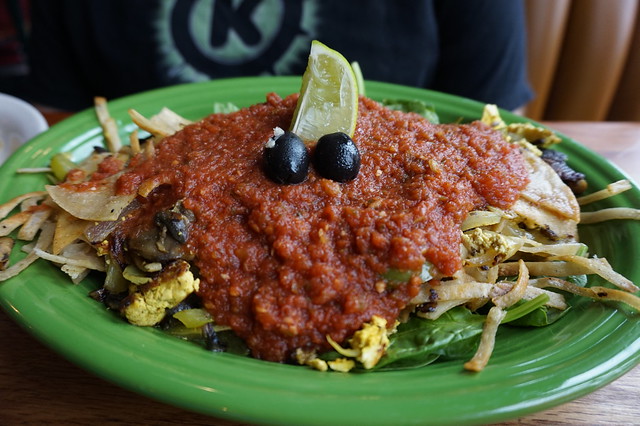 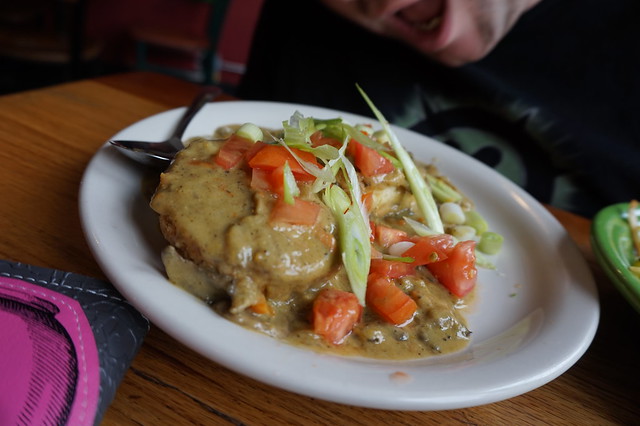 JC also ordered the Vegan Biscuits and Gravy, knowing that I probably wouldn’t share my breakfast that morning (he was right – especially after he ordered this.) I’ll recommend the biscuits and gravy, over and over again (if you like biscuits and gravy in general.) This recommendation has one caveat, and that is,  I might be recommending it, because it’s hard to find really good vegan biscuits and gravy options outside of making them at home, so there is still a novelty factor.

I’ve heard the coffee recommended a lot, but we skipped it in favour of the colder caffeinated Jolt Cola option. They also have a variety of brewed and blended coffee beverages, vegan (and not-vegan) baked goods, and bottled drinks.

This is where we began the debate of whether to stay in Grand Forks, North Dakota, or to just go for it, and keep driving up to Winnipeg. We decided to play it by ear, depending on how JC felt after being on the road for 4-5 hours. In the meantime, we turned on our collection of Animal Voices podcasts and started driving through the Minnesota countryside/along the interstate. 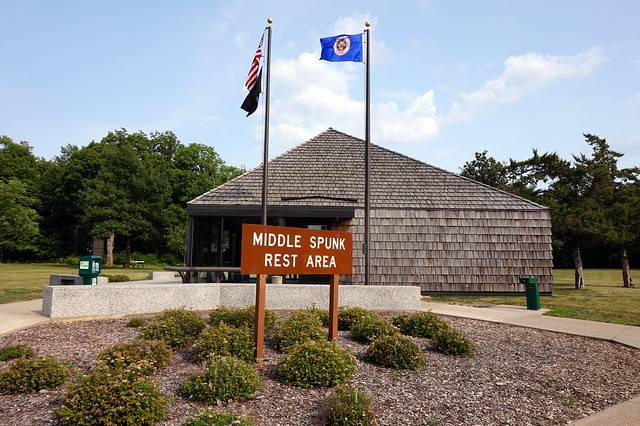 Somewhere after Avon, MN, we stopped at a rest stop along the way, called Middle Spunk Rest Area, which made me laugh because I’m in touch with my inner adolescent, but spunk actually means “kindling, tinder, touchwood, spunk, punk (material for starting a fire)” [wordnetweb]

The town of Avon actually has a festival called Spunktacular Days, which unfortunately, we missed as it happened in June. 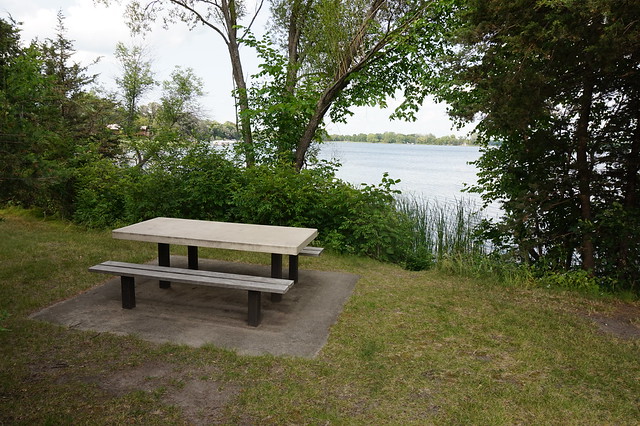 The reason I mention the rest area, beyond its delightful name, is that had we not had our bellies full of tasty Hardtimes Cafe breakfast, this spot looked like a great place for a picnic. It’s right beside Middle Spunk Lake, and there are lots of lovely picnic tables and benches throughout.