I’m at a conference where using the internet seems like a terrible idea (for security reasons), and after having some website trouble, now it’s August 3rd and I’m just posting my awesome vegan food swap from Jamie. (Also check out her site for some seriously awesome photos.) Please pardon any typos, I’m posting from my phone and will fix them (if any) when I get back to Toronto.

We picked up the glorious little box from the post office shortly before leaving to go to Las Vegas, and I ripped it open immediately. Good things do come in small packages. Jamie sent me a few great things from Edmonton, Alberta, some of which I was familiar with before (since… you know, I’m also from Edmonton…) 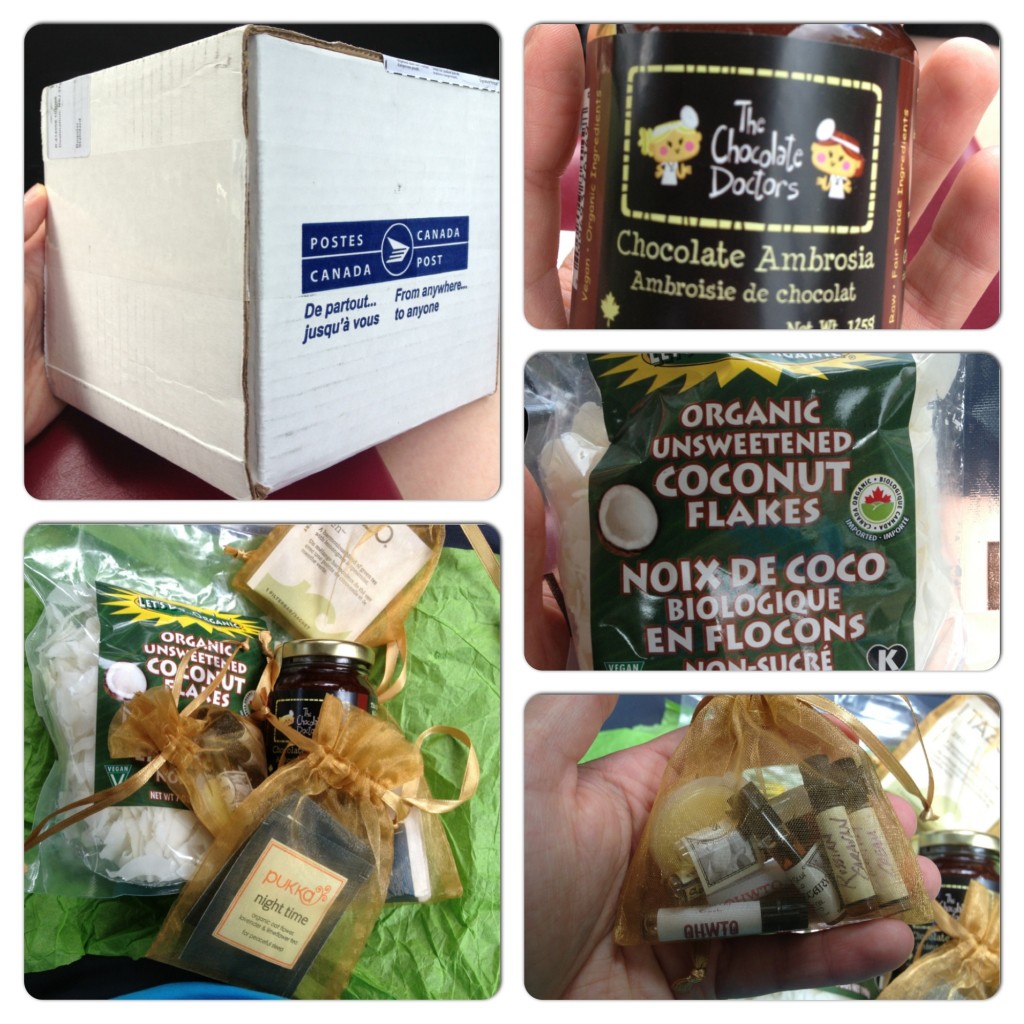 So as part of my parcel she sent me a huge pack of coconut flakes, which will be used up for smoky coconut once I get back home (She was also kind enough to include a recipe,)

She sent a long a container of the Chocolate Doctors Chocolate Ambrosia – which I’ve bought before from the Edmonton City Centre Farmers Market. I haven’t cracked open this jar yet, but I know I’m going to take my time. I’ve eaten it before and loved it… by the spoonful.

There were several teas – and some I haven’t tried yet which I like a lot ANNNND Jamie also included a bunch of vials of perfume type stuff mostly from One Hand Washes the Other (OHWTO)- I’m not really a scent person and I still really liked them. With names & scents like “Pumpkin Bread Pudding”, “Rum Runner”, “Chantilly Creme”, how could I not? I’m going to smell delicious!

Lovely! Thanks Jamie. Now go check out the swap she received from Becca!