This has been a really great week. I spent some of it feeling gross and yucky with flu-like symptoms, but even despite that, it’s been a great week. I started writing this on Thursday… but life got in the way. 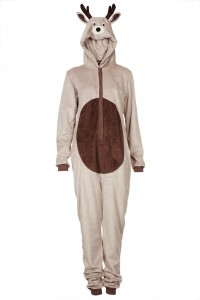 First of all, in “MeShell the Consumer” news, I ordered a couple of adult onesies from TopShop, which arrived this week. And, since I like to embrace my inner child, I’ve been happily wearing them around the house. When else do I have the opportunity to dress like a frog or a reindeer? Never.

I played board games with vegan friends last weekend and it was pretty great. I never think of myself as a board game player or any tabletop game player, but when it comes down to it, I really enjoy them. One of my favourite memories from childhood is when my parents and I would play board games together around the dining room table. Usually it would be a fairly straightforward game like Payday or Aggravation (easily a family favourite)

I get to babysit a hedgehog for a little while. The best part is, I think my friend still thinks I’m doing her a favour… but really it’s the other way around. I don’t think I could commit to having a hedgehog full time (since, you know, cats), but there is something about their grumpy little sounds and mysterious personality quirks that does it for me. This grumpy ball of spikes is a hit at all gatherings, and people will come to visit just to see him. Winning all around I think.

(P.S. – Ladybird Animal Sanctuary has a hedgehog available for adoption – check out Puffin on Facebook)

So this weekend JC and I went over to Glory Hole Donuts (potentially the best and worst name for a donut shop ever) after they announced they’d produced a vegan donut. So far, they’ve been putting out one type of vegan donut a day.

I know people in the neighbourhood had been bugging them for a year or so about vegan donuts, so either it payed off, or the really great and delicious donut options at Through Being Cool pushed them towards trying to make a vegan one. They’re very tasty.

Staff at the desk did kind of break the first rule of vegan/specialty club by not really knowing what was in the donuts (but they did know there were not eggs or milk in them, and that they had coconut milk, but beyond that…shrugs all around) but we bought a box of them anyway to share with our vegan gaming pals. Maybe you’ll have better luck on that.

While the Glory Hole’s vegan donuts are really great, I’m still partial to Through Being Cool‘s version. Last weekend, JC and I worked together to make bagels. I think this might have been the best batch yet. It’s coming to a point where I’ll have to share the recipe, because they’re only getting better and better as time goes on. I topped them with salt, za’atar (one of my favourite spice blends), and the Black and Tan Gomaiso sesame seeds I got from a Vegan Food Swap from the Short Stack Foodie)

So many awesome vegan spots were on Now Magazine’s Best of Toronto list. It was especially cool to see Bunner’s Bakeshop win best muffin (AND also cool that the runner up was Urban Herbivore).

I’m participating in Nanowrimo this year, and trying to get out that grande novel that’s been plaguing me for the last year or so. It’s nice to have a month where me and thousands of other people are tapping away at our keyboards or writing out the stories that we’ve wanted to share (there is this great sense of comradery amongst Wrimos.)

This is a last minute addition… this year I bought a Blizzcon virtual ticket and spent some of Friday afternoon (and Saturday evening) watching the World of Warcraft announcements. I’m Loving the potential of having a new expansion pack next year.

What are you loving this week?