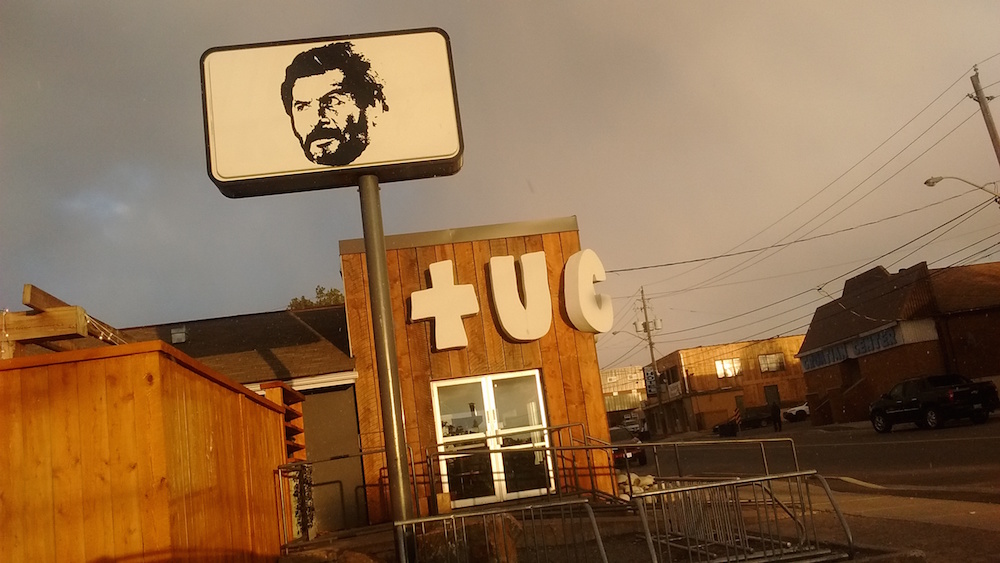 When we travel, we often travel for food. Our anniversary was a couple of weeks ago and we went and celebrated the day of with a fancy tasting menu dinner at Alo restaurant. But I think we were both feeling a little flighty, I know I was, and I wanted a change of scenery for a couple of days. Two years ago, JC and I celebrated our not-honeymoon in a cottage up in Tobermory and the Bruce Peninsula. It was easy to fall in love with the area, when we were both basking in our love for one another, but it’s hard not to when the leaves are beautiful shocks of red, gold, and orange – mixed in with evergreens, and fresh crisp air. So we answered the call of nature, but decided to spend it in the Sudbury area.

If Ancient Cedars Cafe had been open – we probably would have found a way to pass through Tobermory again, but we had the good sense to check if they’d be open in advance – nope. Closed for the Season as of the week before. Someday we’ll make it out there in time. Someday.

We arrived on Saturday afternoon after an easy 5 hour or so drive from Toronto. The day before there had been reports of snow flurries on the highway, so we were a little nervous, but other than being a little chilly, it wasn’t that bad out there. We’d see some snow later in the evening, but nothing before. I checked us into the hotel – I had decided on the Hampton Inn solely because it had a jacuzzi room and I’ve been dreaming of taking a big relaxing bath for months – and we drove on to Tuco’s Taco Lounge for the very first time.

Jess of Cupcakes and Kale (and also one of the owners of Tucos Taco Lounge) was nice enough to say hello – it’s hard to believe Tucos has only been open for a few months. I feel like I’ve been pining for it for a very long time. Now that we were finally there, I think on some level we decided to have one of each of their menu items (but unfortunately, even filled with the hunger of a thousand days, that still turned out to be impossible.)

We arrived hungry, hungry for tacos, and Tuco’s was the solution. 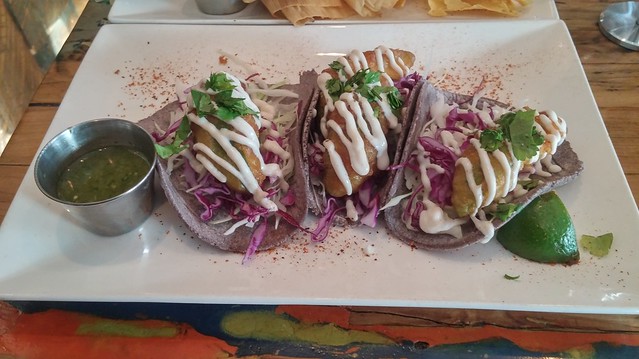 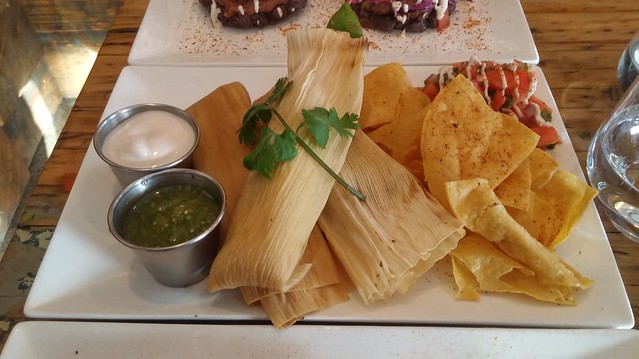 Inside: 3 tamales, with a spicy pumpkin interior.

The Sopes
with a locally made Stack Brewing ginger ale 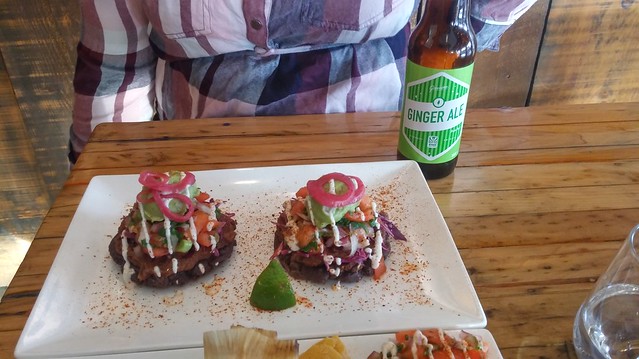 At the end of the day, we also crawled back here for a late night snack – to go. Nachos, chili, snacks. Perfect for taking back to the hotel and watching Saturday Night Live. 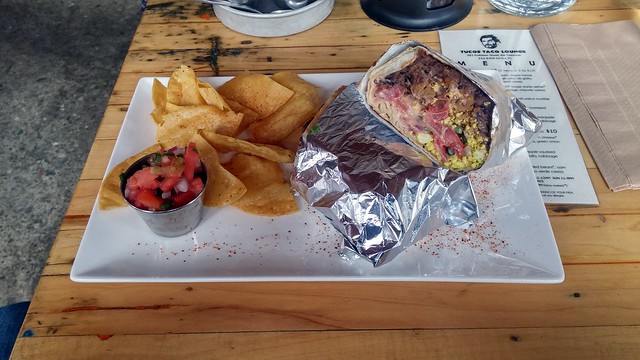 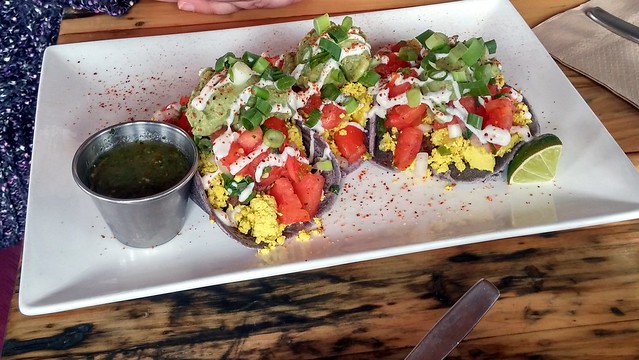 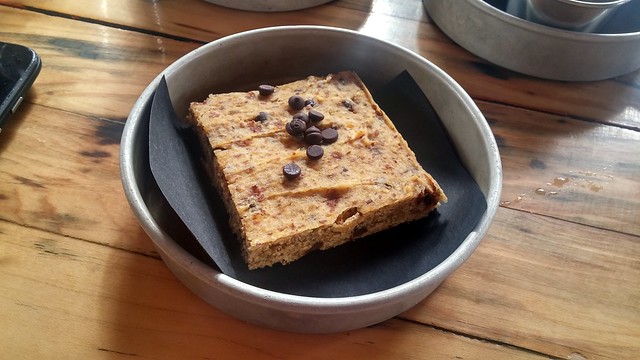 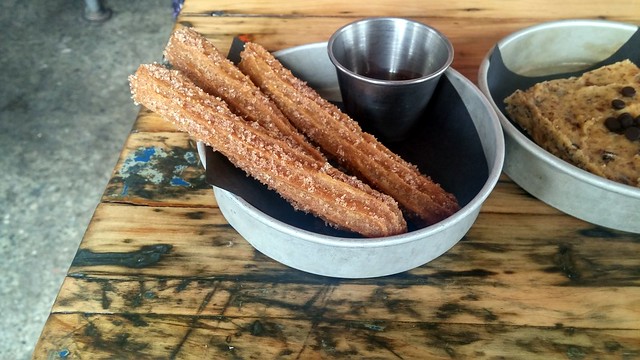 Everyday we went, the service was friendly, helpful, and unintrusive. Even the night we came in at 30 minutes before they were going to close, they were still nice, and helped us order some take out, without making us feel like we were jerks (even though I kind of felt like a jerk.)

I had a really great time in Sudbury, and left wondering and dreaming of a day where Tuco’s Taco Lounge appears closer to home. But until then, it’s worth the trip to Sudbury, and I’m looking forward to going back there again.

You should check it out.

Accessibility: the front entrance is accessible, and there is a bathroom at the back that is large and can fit a wheelchair. Seating is a little weird, in that you can take a stool from under the table to sit on, but there are spots without stools that would be able to fit a wheelchair.