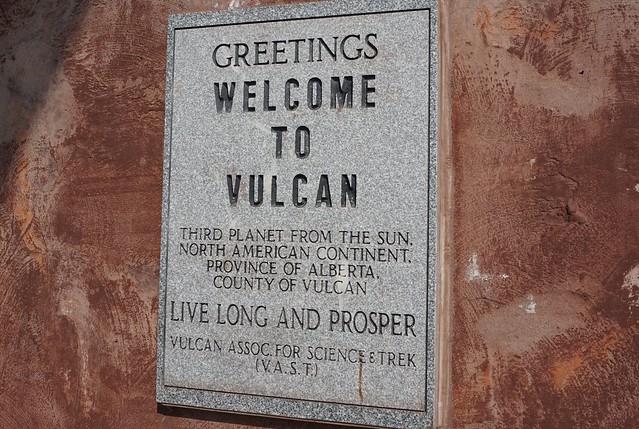 After we left Calgary, we had two stops in mind before heading over to Waterton Lakes National Park. First of all, we had to go to Vulcan, Alberta. The town was actually named by a surveyor for the Canadian Pacific Railway in the early 1900’s, after the roman god of fire – but since then, they’ve capitalized on it’s name with Trekkie tourism. (since for those not in the know – Vulcan is the planet where vulcans are from, an extraterrestrial humanoid species that tries to live by reason and logic, rather than emotion, in the Star Trek universe.) 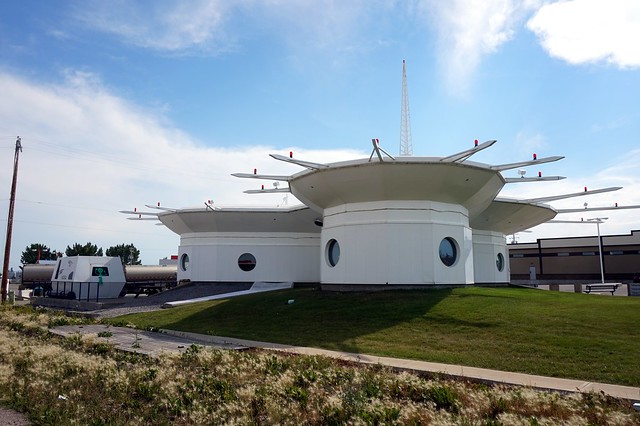 We didn’t get there on a particularly busy day, a Wednesday afternoon, but the Vulcan Visitors Centre was open and we got to wander around and take pictures in the museum. The staff seemed pretty bored, just generally tired of weirdos like us, they were nice enough as we wandered around gleefully looking at some of the silly or ancient things in the store/museum space. 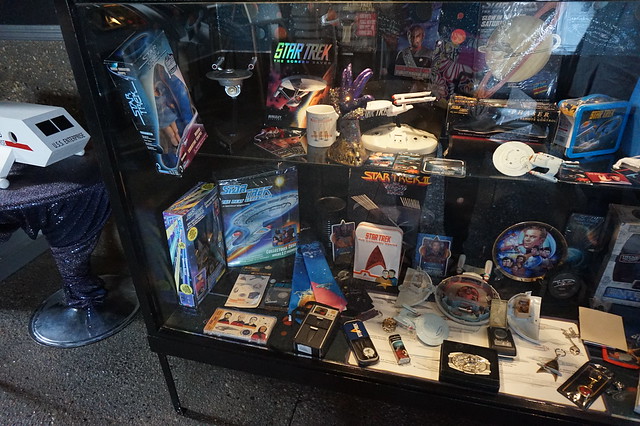 We bought a few postcards, and mailed them off at the Vulcan Post Office, but if you do find yourself passing through or visiting, you’ve got to get a picture with the Enterprise, just outside the tourist center. 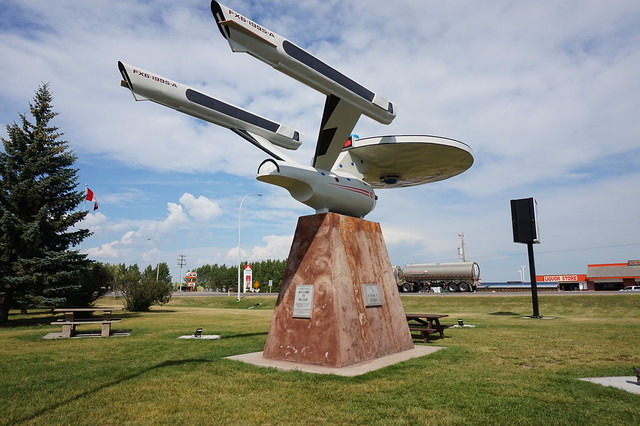 And of course, check out some of the murals around town. 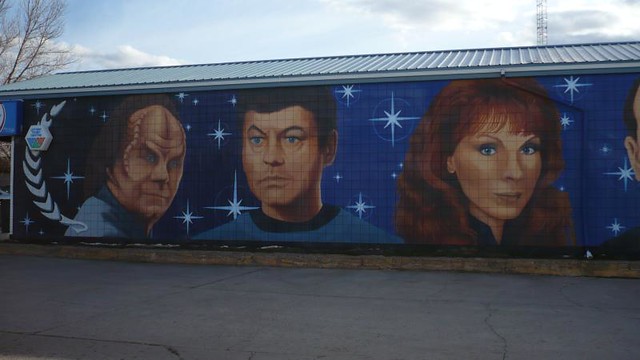 Another thing you might want to do is visit Trekcetra – a Star Trek museum in Vulcan. We would have gone, but they were closed on Wednesdays.

You can check out other attractions on the Town of Vulcan’s website.

Our next stop before reaching the National Park was Head-Smashed-in Buffalo Jump, a UNESCO world heritage site. 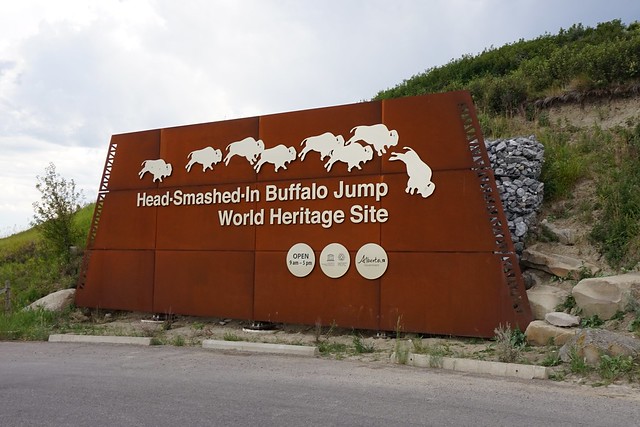 We arrived too late, and the interpretive center was closed (they’re open from 10-5pm everyday), but we wandered around a little bit anyway. I don’t know how much people outside of Alberta learn about this archaeological site, but we learned about the area in school a bit as a method of hunting by the Plains People. I’m not sure if there is a better resource out there for more information, but if you’re interested in reading a bit about this area, the center offers a quick overview pamphlet that is also available online(PDF.)

It seemed like a good time to keep driving on. The further south we headed, the darker the clouds got and the windier it seemed. We had a bit over an hour ahead of us, and I had booked a campsite but we wanted to get there before it got too dark outside. Did we make it (spoilers: yes) but the conditions rapidly deteriorated on the way there so it got a little dicey.