We recently visited Ottawa and and when we weren’t having lovely elaborate meals at Cafe My House, I was wandering around the city finding things I was curious about, and JC was playing in the Magic Grande Prix across the lake in Gatineau.

When I left my hotel that morning I didn’t really have a plan, on where I’d go, or how I’d get there, which I find is a nice way to get around the city. Unfortunately (or fortunately depending on what you’re into) ‘there was a Santa Clause Parade in the city that morning so my route became a little less free, and a bit more focused on avoiding the parade.

The nice part about this is that it led me to Bridgehead, an Ottawa coffee chain that I wouldn’t mind seeing appear in Toronto someday. 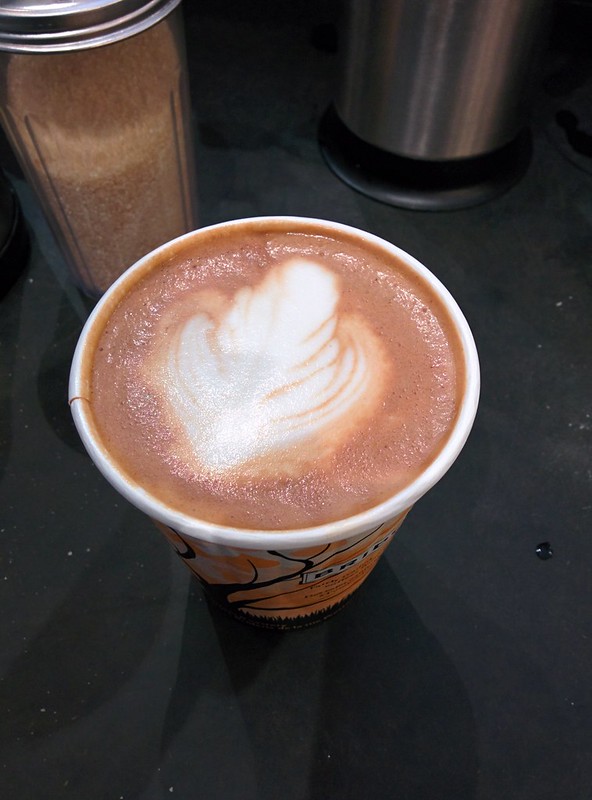 They have fair trade coffee (and were one of the first coffee shops in the country to offer such a bean) as well as lots of vegan options for lunch and snacks. It’s extra nice because they can be found in a variety of places around Ottawa, so there is often at least one nice familiar spot around. 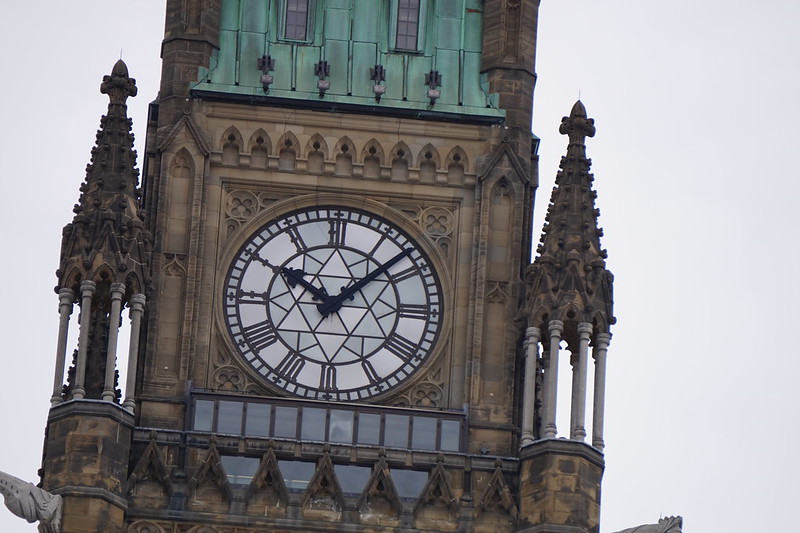 Coffee in hand, my next stop was the Parliament Building, which seemed appropriate, being in Canada’s Capital. I took a few pictures and a couple of silly parliamentary selfies, but I figured it was time to get going once the tour buses full of people appeared.

Then I spent around an hour walking down mostly Albert Street toward The Glebe. I love walking, and especially lackadaisical walks spent doing absolutely nothing, but always feel obligated to be doing something or going somewhere when I’m at home. JC usually likes to get somewhere directly, so if we’re going somewhere that’s going to take more than an hour or so to walk, we usually don’t.

‘Well, thanks vacation mode and an otherwise occupied JC, because it was walkin’ time for me. My fitbit enthusiastically rumbled by the end of it, and happily, I had had the foresight to turn on ResQwalk for Street Cat Rescue before embarking on this little wander so I got to add to their kilometer totals too.

I stopped into three spots I had heard about from afar, but never visited 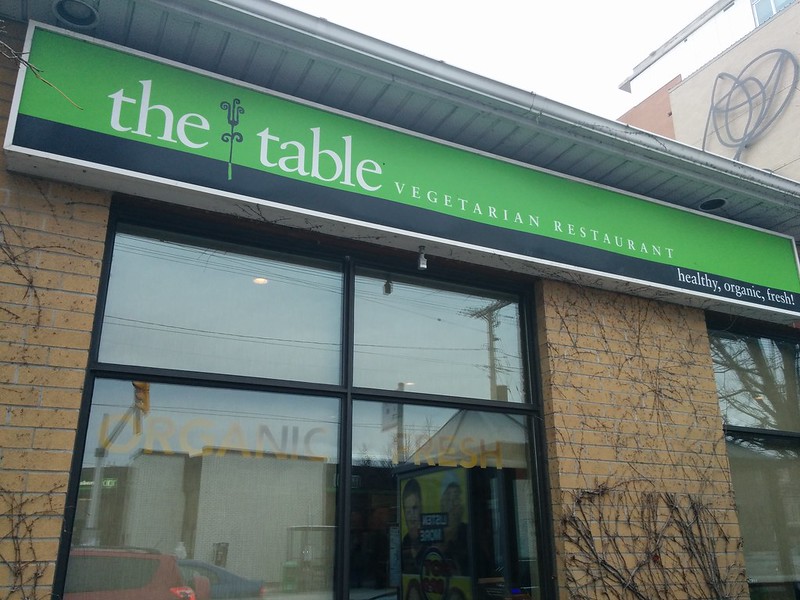 I was a bit disappointed by the Table, possibly in the way I’m generally disappointed by pay-by-weight places, mixed with their sizeable collection of non-vegan foods, that I was hungry, but nothing really spoke to me, and the dry-quality to some of the items I ended up purchasing for lunch. 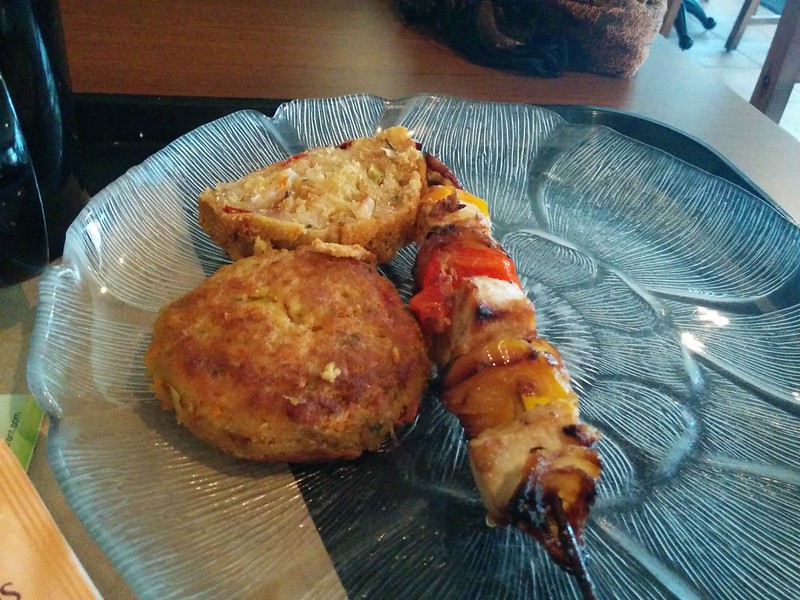 I did like the turnip roll quite a bit, and seating was comfortable enough, the energy was good, and the service was friendly. Maybe I should have hovered over the desserts a bit longer. 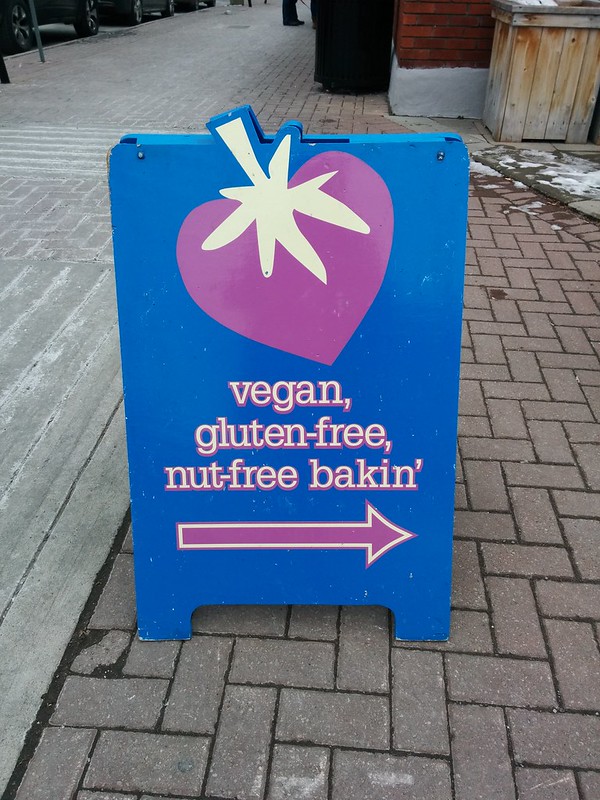 Strawberry Blonde Bakery was a cute little storefront with several big cases of baked goods and other items. They specialize in allergy friendly baked goods and don’t use any gluten, dairy, eggs, or nuts in their baking. I ordered an assortment of things, a lovely nanaimo square for JC (since he likes those), an eggnog cake (because eggnog), and upon the recommendation of the person that took my order – the cherry vanilla fritter. 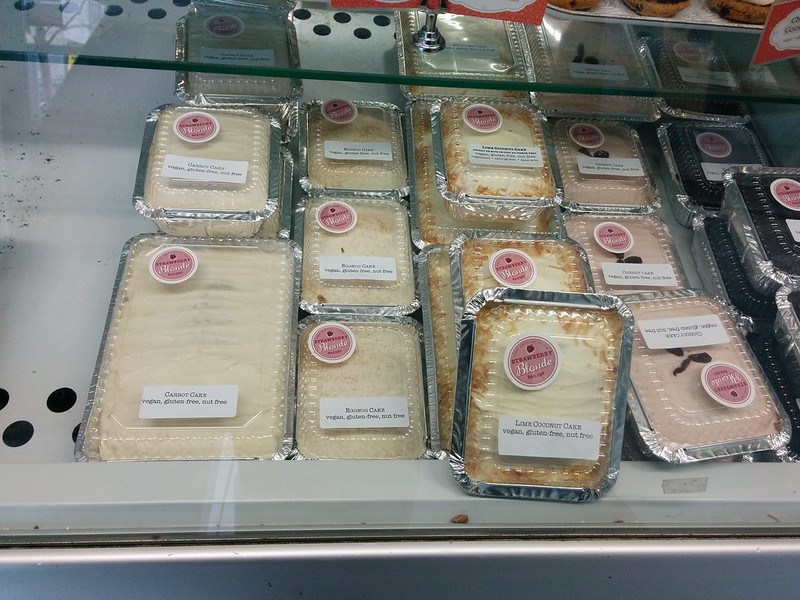 I didn’t like the eggnog cake – with the exception of the icing, which was perfect, I just found the cake part too dense, which is usually my problem with a lot of gluten-free things. 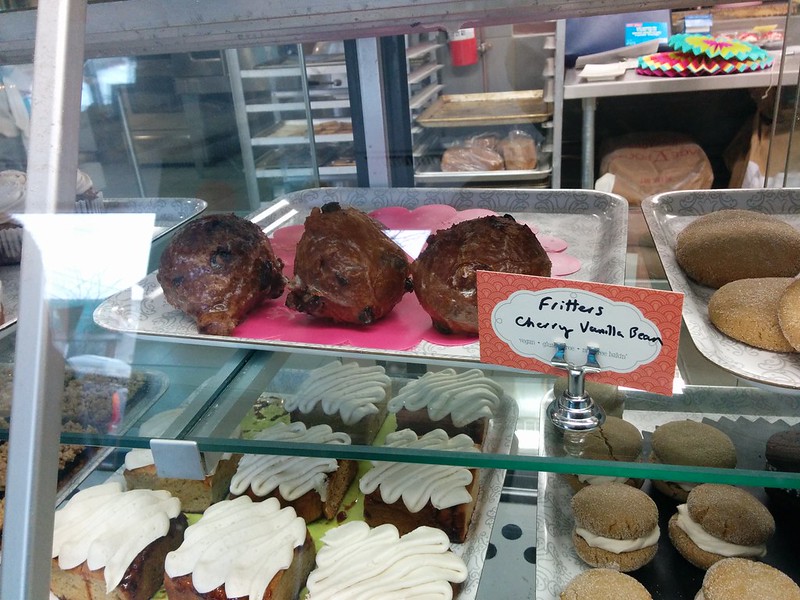 But I’m really glad I got both the nanaimo square and the fritter, because they were both so good. Other than just being delicious, since cherry and vanilla is a great combination, the fritter was also fluffy, and had an excellent texture. Not quite like a sticky yeasted donut, but pretty darn close, and great in it’s own right. It probably also helped that the fritters were still a bit warm. 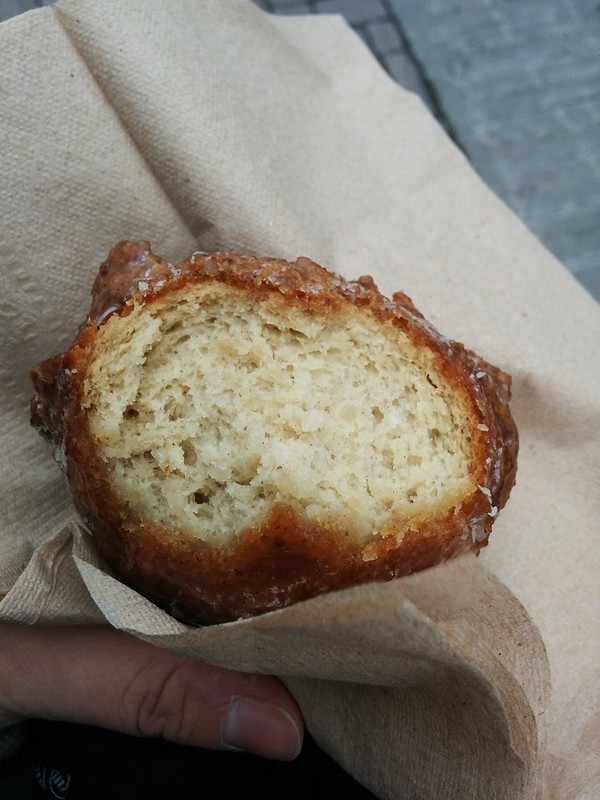 I stole a bite of the nanimo square (maybe a few bites…) and loved the chocolate on top and the base, mixed together with the icing.

Conveniently – Terra 20 market is near Strawberry Blonde Bakery (and The Table for that matter) so I went over. The funny thing is I was expecting a much bigger store! But it’s cozy and has a variety of home and body care products. I didn’t find anything I liked there, though I did eye their bath and body stuff for a while.

Eventually I reconnected with JC, after spending another hour walking in the icy Ottawa rain – and I know I could have taken the bus, but for reasons unknown, I kept walking. That evening we made our way over to Cafe My House, which I’ve written about, and highly recommend to anyone that likes good food (vegan or otherwise.)

Two more spots to talk about for a future post:

Do you have any favourite Ottawa spots to recommend?