It’s that time of year again, well, between now and September – to vote in NOW Magazine’s Best of Toronto Reader’s Choice.

I was looking through some of the categories and I noticed something – more and more vegan businesses are cropping up in categories beyond the usual “vegan” or “vegetarian”, so I wanted to highlight the ones I’ve found. I have been posting about at least one business everyday on Facebook, complete with my case for why they should win, but I decided I should just wrap it up into one post anyway.

I’m not telling you who to vote for. All I’m saying is that it’s worth checking out categories beyond “vegan” or “vegetarian” because so many fantastic vegan places are all over this year’s list.

Voting closes September 12th, and winners will be announced in Now’s Best of Toronto Reader’s Choice issue out November 6th.

I’m sure this goes without saying, but this list has not been endorsed by Now Toronto, and I’ve put it together without any biases beyond being vegan and liking tasty food.

Here are the Nominees

And here is where I make my case. Click the respective title to go directly to the pertinent voting page – So for “Best Bakery” click on… “Best Bakery”. It will open in a new window by default.

On this list you’ll find two amazing vegan businesses – APieCalypse Now Vegan Bakery or Bunners Bake Shop. And I’m having a tough time picking favourites, but my choice is ultimately predicated on my general love of gluten. Okay, not really, it’s predicated on my love of magic squares and flaky pastry. 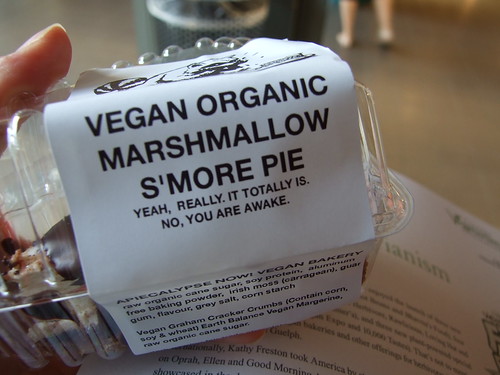 APieCalypse Now! Bakery has magical magic squares, cookie sandwiches, ice cream sandwiches, pastries, food to take home, and food to eat right there. There are quick bites and there are baked goods living together in wonderful harmony. If you catch them at a Veg Fest, they’ve got s’mores pies that are really really really delicious featuring house made marshmallows. Yeah, they even make marshmallows. And stuffed jalapeños.

Then there are all the sauces and soups. And then there is the fact that proceeds are donated to various animal liberation causes. It’s just all around perfect. 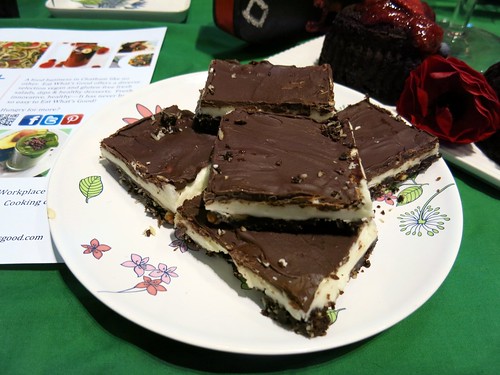 So on this auspicious NOW’s Best of Toronto selection period, I’m voting ApieCalypse Now. Because folks, nothing beats s’mores pie or those Magic Squares okay? Nothing. (APieCalypse Now is also up for Best Patisserie)

On this list, we find Bunner’s Bake Shop – which has bread and cupcakes and cookies and cinnamon buns and so much more that are both vegan and gluten free. 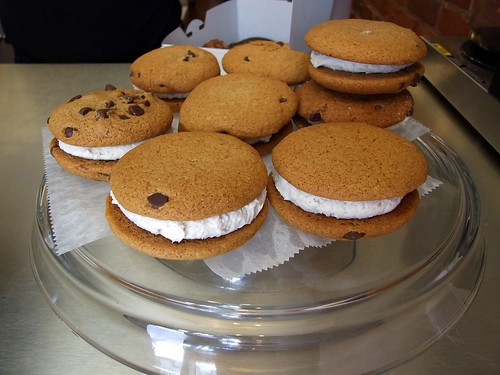 I’m an especially big fan of their Supersonic Cookies because I can often find them in Cafe’s that use them as their primary vegan (and gluten free) baked option and they just happen to be one of my favourite cookies.

I should start out by saying – I don’t actually like cupcakes. Yes, I know, it doesn’t make sense. But I don’t really like them, so follow your heart on this. 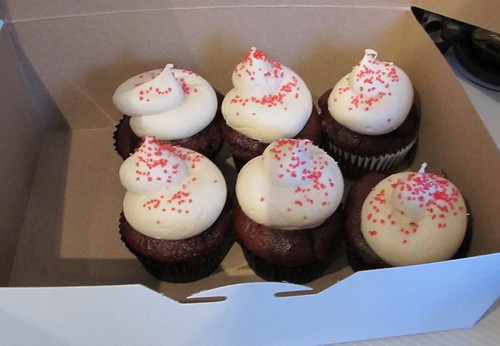 The vegans on the list are Bunner’s Bakeshop or Tori’s Bakeshop. Both powerfully delicious bakeries, but only one must win Best Cupcake. Unless there is a tie? Wishful thinking. 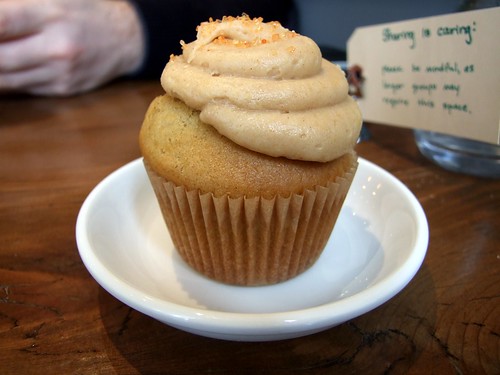 I love both places for their innovative flavours of cupcakes, and I should mention we chose Bunner’s Bakeshop as our gluten free cupcake option for our wedding – BUT I’ve found myself enjoying cupcakes from Tori’s bakeshop more regularly (and I don’t like cupcakes, so I suppose that could be saying something?) Also Tori’s donut cupcakes are pretty awesome.

A pâtisserie is a place that specializes in pastries or sweets, and I think it’s fair to categorize APieCalypse Now as a place where delicious pastries and/or sweets are found. Like I mentioned above under “best bakery” they really kick it up a notch with their flaky pastry items (including the take & bake at home pies), cookie sandwiches, and magic squares. 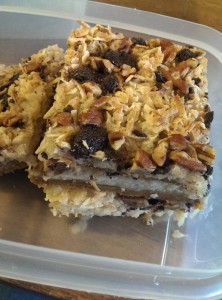 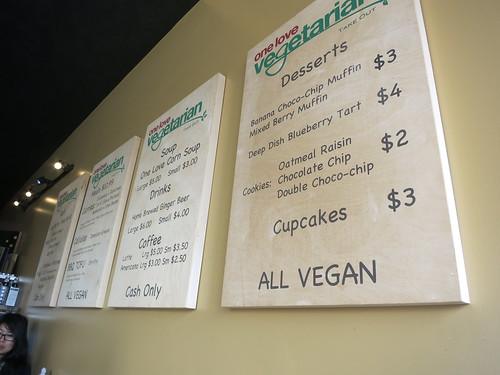 One Love is up for two Now Toronto Best Of Lists. Best Jamaican and Best Caribbean.

Say you want an amazing hearty corn soup, or a roti stuffed with sweet and spicy flavours (the pumpkin, the pumpkin!), you want a place that’s close to transit (hey Bathurst), and you want somewhere to sit or take out One Love is your place. 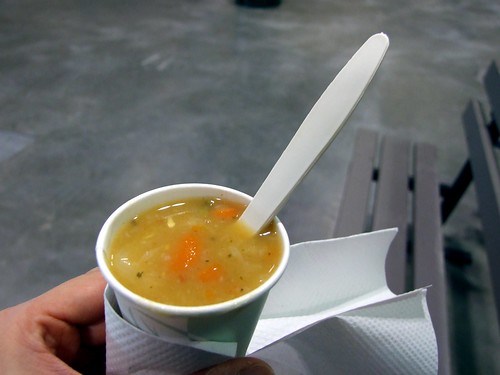 And if you haven’t tried One Love yet, do it. Just go and get some – their soup folks, that damn soup is delicious. If you try nothing else, get a container of soup.

One Love – See above.

I really think of Grasslands more as a dinner or brunch spot, but I suppose brunch is still breakfast. You can read about some of our more recent visit to Grasslands for both here. They have a great breakfast options – things like the notchicken and waffles, and their brunch specials. 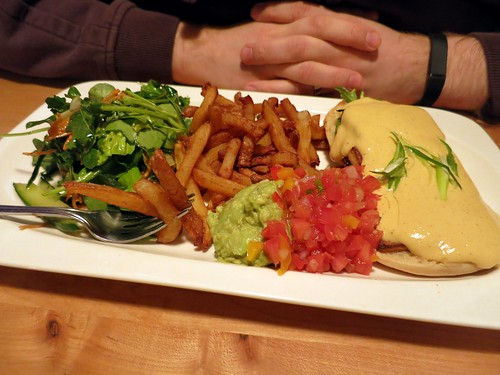 But if you don’t want to vote for fancy breakfast, Cora’s has a pretty great fruit plate… (I’m mostly kidding, but on a recent visit there with my parents my mom and I greatly appreciated the option to get a plate covered entirely with fresh cut fruit.)

Hogtown Vegan – everyone else likes Hogtown Vegan more than me, but I still think they should win out of the choices on the Now Best of Brunch list. 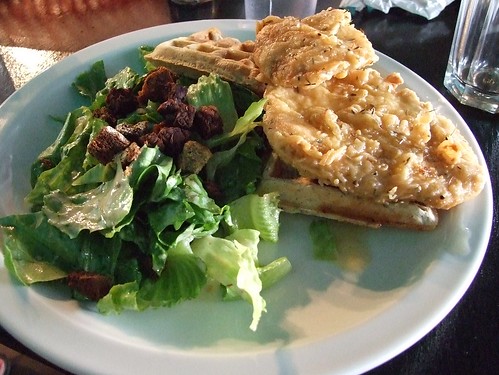 I think Through Being Cool should win the donut category.  I’m pretty convinced that TBC Donuts are the best donuts. & I considered qualifying that with “in Toronto” or saying “vegan” somewhere, but after extensive donut eating experience around North America, I feel confident that these are the superior donut. 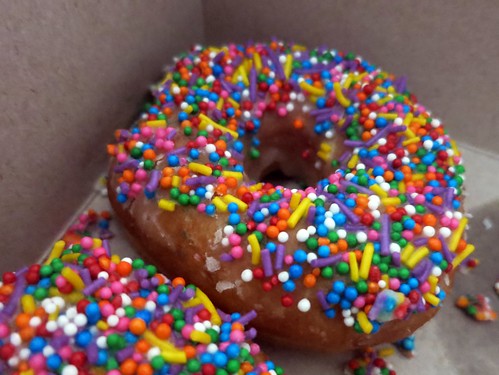 As an FYI, for those not in the know, Glory Hole (another contender on this list) also makes vegan donuts (they usually have one or two flavours a day.) 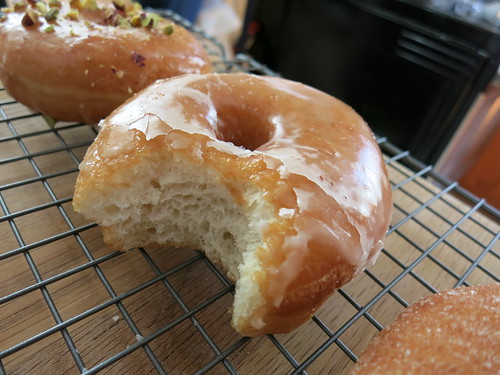 I really like chocolate. Really. So, this category is full of complicated choices for me, and many of these places have vegan friendly chocolate, but I’m just going to tell you about my two favourites. 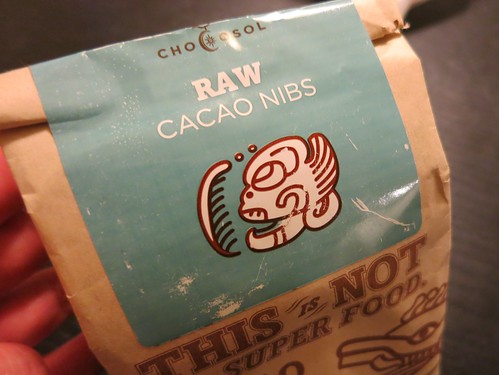 Chocosol is one of those accidentally vegan and horizonatally traded chocolatiers (that are also on the Food Empowerment Project’s list of ethical chocolate options). They sell simple flavoured bars of chocolate, cocao nibs, coffee, and some spices. You can find them around the city at farmers market, and at smaller retailers or Co-op markets. They’re generally pretty delicious. 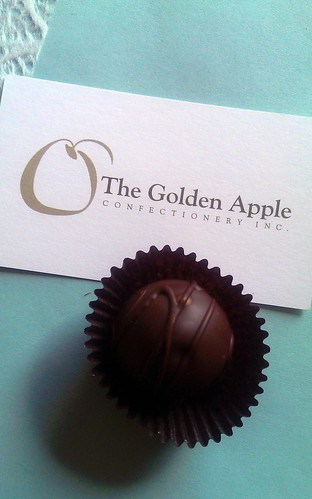 Golden Apple Confectionery has intentionally vegan options. She’s been making amazing vegan truffles and toffee for at least a year or so now, and uses fair trade chocolate. In early spring, she made some absolutely fantastic default vegan cream filled eggs that kicked things up a few notches and I was really impressed by both her skill and innovation.

The chocolate shop is one of those hidden gems in Liberty Village, and once upon a time I stumbled in there and the owner was super nice, and answered all of my questions.

These businesses are not totally vegan, but they do vegan enthusiastically, or accidentally.

They’ve been making interesting vegan-friendly Bi Bim Bap bowls for years, but have kicked it up a notch by offering more and more vegan items on the menu. They even make their own vegan kimchi and a vegan mayo that are both used as default options. 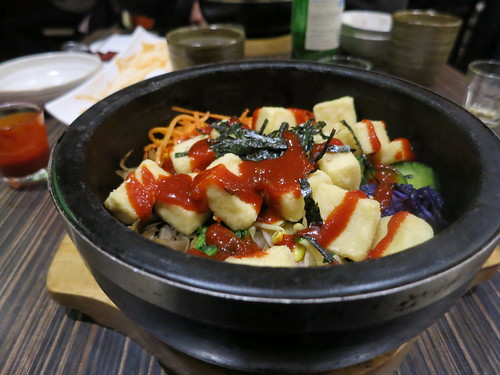 The stone bowls are delicious – any of them – service is friendly, it’s near public transit, & did I mention it’s delicious? Try it out if you haven’t yet

Urban Acorn – I wont hold their “flexitarian” terminology against them, despite how much I hate the word (okay, I’ll only hold it against them a little… because I will mention it every time. Forever.) Either way, Urban Acorn has been upping the quality of vegan friendly fare at local food events and at their monthly vegan supper clubs. They do amazing work with all sorts of styles of cuisine and themed events. 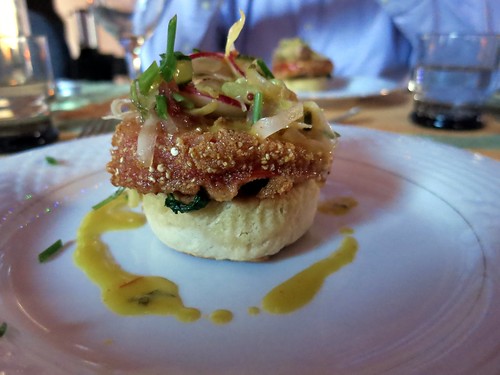 This is also probably a good time to suggest that you try one of their monthly vegan supper clubs, because their vegan offerings are delicious. They also occasionally have a gluten-free AND vegan super club, and those are tasty too.

This is also the only enthusiastically vegan-friendly option on the “Best Caterer” list, so you know, give it a go. 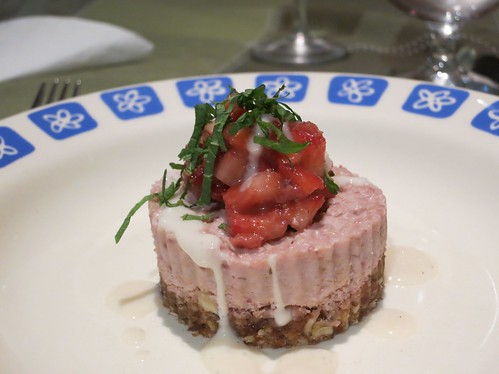 Next Vegan Supper Club is on July 11.

Oh Disgraceland, just be the vegan bar you want to be, and drop all the other stuff. About a year or two ago, they had a big of a menu change, where nearly everything on menu could be made vegan. All the condiments are vegan (so yes, there is vegan mayo on non-vegan stuff). I haven’t been in a few months, but that ribwich dinner is still something I think about. 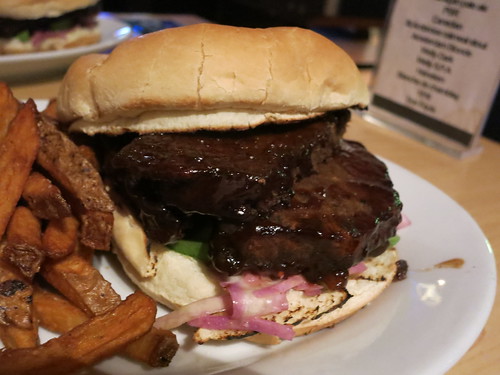 P.S. JC likes Sweaty Betty’s – but I’ve never eaten anything there, though I’ve had a pretty mean gin & tonic. We’ll have to pay them another visit as I’ve been told they’ve got lots of vegan options to snack on – more research is necessary.

We dropped in to Butter Chicken Roti recently after seeing them on instagram. I think one of their massive Roti’s could feed two people comfortably. But we each ordered our own.

Sneaky Dee’s is also on the list, and has a bunch of vegan options, but I haven’t been there in at least a year, so that’s how enthusiastic I am about it. Follow your heart.

There are two vegan friendly Pho places in the city I’d recommend, either for you to vote, or just visit them.

There is Golden Turtle on Ossington or Pho Hoang in the Junction. I think I might like the soup at Golden Turtle better, but I usually like going to Pho Hoang more for the service.

But check them out for yourself sometime.

I don’t drink or go out to bars enough to know about who is “the best” bartender, but May Brand of Sweaty Betty’s is a longtime vegan and AR activist (and even designed the Toronto Pig Save logo). May not only has been bartending in the West end for the last 15 years but as the manager and a vegan, she’s responsible for ensuring Sweaty Betty’s has a bunch of vegan bar snacks available and that meat is no longer served. So, since I have no other point of reference, it seems like a good enough reason to vote for her, and probably a good reason to visit Sweaty Betty’s.

Sure you can find something for everyone on the Now List – but these are some categories that have multiple potential options, or great ideas for places to check out if you haven’t yet. I’m paying especially close attention to the Falafel list.

Which ones have I missed? Which are you favourites?

Please note, this isn’t me telling you who to vote for, I’m just highlighting some of the options out there. Hopefully this list helps you out a bit, either by showing you some of the extra categories you could vote for, or by introducing you to some businesses you haven’t visited yet.