Every year, Cedar Row Farm Sanctuary holds a Summer of Peace event, and every year, I try and go. Last year I went on a TVA organized bus while JC was in Japan, but this year, since we got a car around a month ago, we could actually drive there ourselves. I never thought of myself as a car person, and still don’t, but I can finally see some of the benefits of having one. 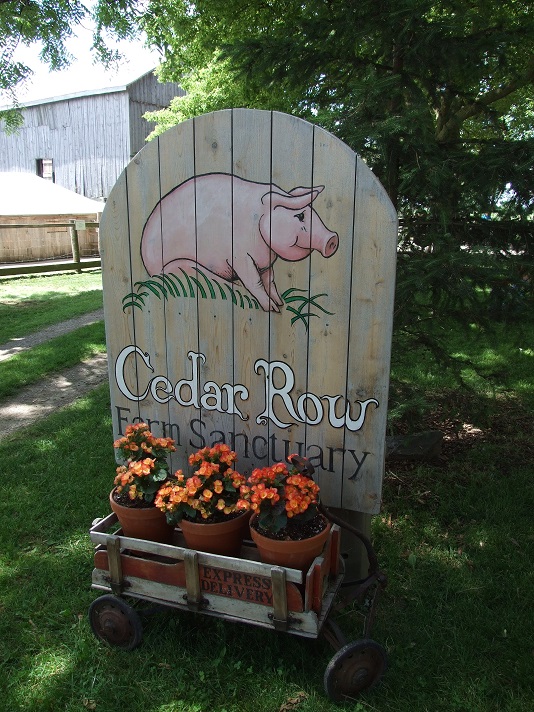 Normally, driving anywhere would involve booking a car early (even from ZipCar) – especially on a weekend – and planning everything well in advance. On Sunday, we decided to leave at the last moment. As spring turned into summer, and just before the Vegan Pop Up I was hit with a mean head cold that has knocked me out for a week or so. Somehow, I held out for a few days so I wouldn’t be totally sick for vegan pop up, but whenever I do that, it just hits me twice as hard. Even an hour before we left we were still debating whether we’d end up going or not because I was feeling pretty rotten, but we went anyway. It was nice to be able to just make that kind of decision on a spur of the moment.

It’s always worth it. Cedar Row is one of my favourite places to go. A farm sanctuary just outside of Stratford, Ontario, and home to rescued pigs, goats, cows, donkeys, chickens, cats, and more, it’s a happy place, and the embodiment of an actual Happy Farm (where nobody get’s hurt), versus all the ridiculous “happy” meat posturing I get to see within the local food movement. So it’s a nice break from nonsense, and a beautiful place to spend the day with animals that were lucky enough to meet the Poole Family and call Cedar Row home.

Sunday just happened to also be a beautiful beautiful day for a drive, and a lovely day to spend with friends, JC, and rescued animals. We’ve tried to support Cedar Row at every opportunity, and it’s been absolutely lovely to see the farm grow and expand even during the few years I’ve been in Ontario. It’s almost hard to believe that the sanctuary has been going on for 14 years, but it has. What a wonderful place.

That said, being there can be a little bittersweet, because I can’t help but think of all the animals that didn’t make it beyond someone’s dinner plate. While I’m at the sanctuary, I’m happy to see the playful pigs running around, scampering like the funny cats I have at home, coming up to where I’m standing, their big soulful eyes looking up at me. Snouts pressed up against my hand.

I can’t separate that from the pigs people chop up and stick on their BBQ or the ribs they baked in their oven. I’m filled with disappointment and a disgust I can’t quite shake. I wont pretend that’s a new feeling, or an unusual feeling, but it’s just more acute after a visit to a place where I’m actually face-to-face with the animals formerly known as potential meat. 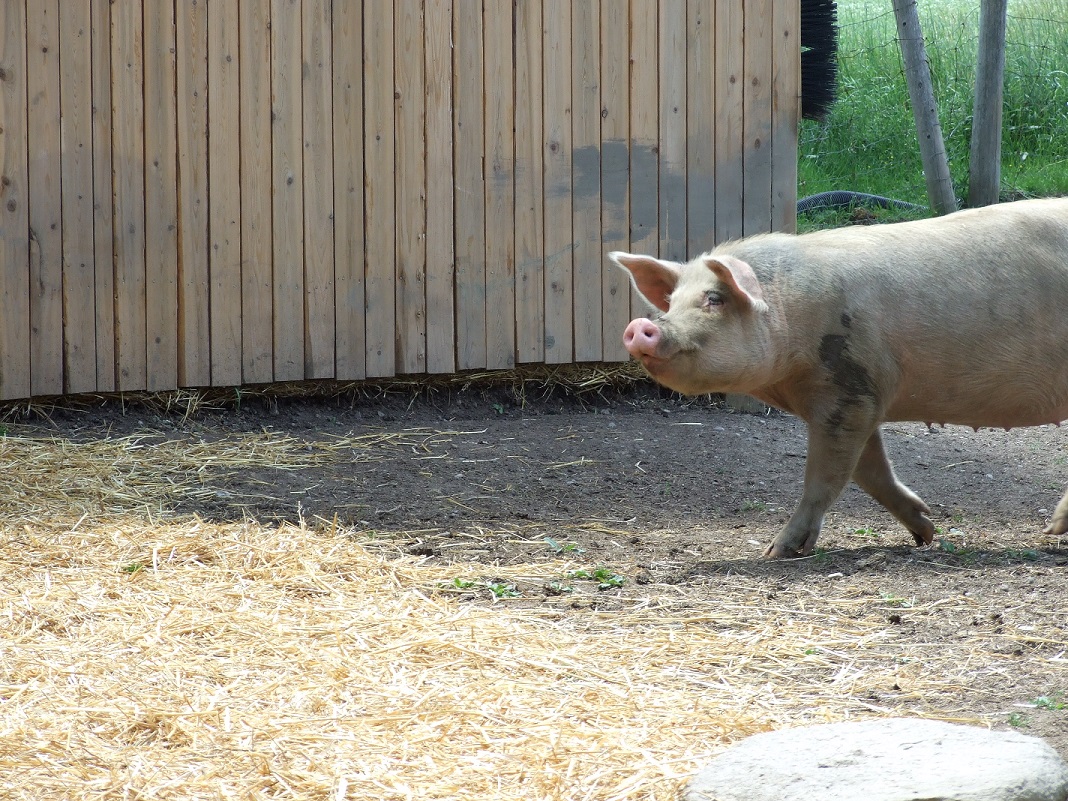 We sat together in the sunshine with a group of clucking chickens nearby, watched donkeys get brushed by a vast cross section young and old visitors, while a troop of goats ran around their pen in a group. It’s hard not to some semblance of personality or sentience when hanging out with them all.

I’m glad Cedar Row exists, please donate or support them if you can.