Back in October my mother, my maid of honour Jen, and I went to Alma Natural Spa to get fancied up for the wedding. The idea of spending time at a spa never appealed to me until recently, but I still haven’t fully embraced the activity although I’m glad I made the exception for the wedding. It’s so wonderfully relaxing to get pampered a little bit.

I had heard about Alma Natural Spa on twitter, and asked about how vegan their treatments were. They replied that everything they did was totally vegan-friendly, and I got really excited. That excitement was a little short-lived when I started poking around on their website and found beeswax and honey listed in a variety of places. While I didn’t discount them completely, I kept them in the back of my mind for some other day.

I checked their online booking availability, felt lucky that they were available during the exact segment of time we’d want to go in for, & called them to book treatments for the three of us. Aurora, their friendly receptionist made it easy. All three of us were getting a citrus bliss manicure. Jen and I were getting the peppermint pedicure & a Power Facial.

When we walked in we were greeted by everyone, and Aurora offered us some tea from Steeped and Infused. Their special “tea of the month” was the Pumpkin Spiced Rooibos and since I’m a sucker for autumn pumpkin things I had to have it. ( it was delicious.)

I saw Erin, Jen saw Paresha, and my mom saw Laurie for the next few hours. Everyone seemed really nice and competent, and the remaining results speak for themselves. I’ll only be talking about Erin, since that’s who did my services. But she was great, my toes and fingers looked great, and I felt fantastic. 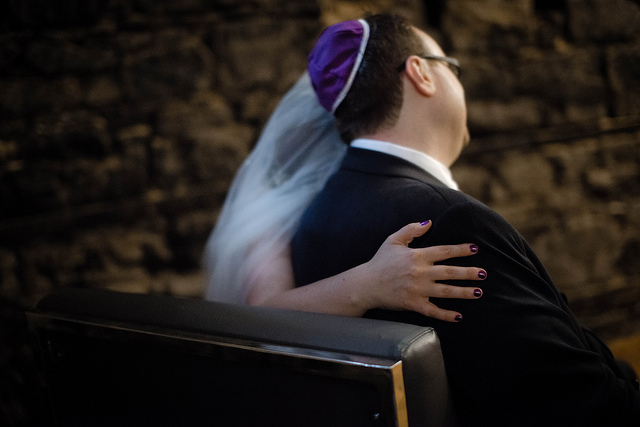 There wasn’t any pressure to buy product, but the option was there. For my purposes it was nice that the extractions weren’t part of the usual facial treatment at Alma, since they’re included at most places, but that might be something to keep in mind when looking at prices. (p.s. everything I read recommended to skip extractions up to a week before your wedding in order to avoid redness and splotchy bits.)

Erin had a great attention to detail on my nails and toes, and was really thoughtful about how it would all end up looking. I walked out of there with some flip flops and we realized we’d spent several hours at the spa – something I had never done before. It was really great to go to the spa with my best friend and my mom, and have it be such a positive experience.

I’m still really impressed with the longevity of the pedicure (my toenails are still purple), even the manicure lasted me for several weeks, and I’m not all that gentle with my hands (or feet). The polish used was Aquarella‘s Vamp, an opaque and gloriously royal purple colour for my fingers and Zoya‘s Sloane, also purple, just a bit darker, for my toes.

I know lots of people are talented at this sort of stuff, that can do amazing things on their own at home, but I’m certainly not one of them. Where is your favourite place to get pampered in Toronto? Have you been to Alma?

Other things you might care about/That are cool: They have complimentary childcare on Tuesdays. (just make sure to make an appointment by the previous Sunday.) They also have free wi-fi