A couple of my favourite people are in Victoria, British Columbia (on Vancouver Island) on a short visit, and since I had spent a few months at UVic last summer, they asked me for suggestions for vegan places to go eat while they are there.

I haven’t really decided what my favourite thing is, to visit places for myself myself, or visit places so I can recommend places for other people to go and hear about how much fun they had. I hope my suggestions work out for them. And since I started on the topic of reminiscing about Victoria, it got me thinking… hmm, it’s probably a good idea to make a post about it.

After spending the summer in Victoria and finishing my studies I planned to move there in the Fall of 2010, but instead ended up in Toronto (which I’m happy about!). One of my favourite things about Victoria is that it’s truly pedestrian friendly, most things are within walking distance of one another. There are also bike paths and dedicated bike lanes making for easy car less transportation (though the buses might get a bit too close for comfort on the “dedicated” bike lanes.)

My resources this time around were mostly just from memory but here are some more just in case you felt like digging.
– The Victoria Vegan
– Vancouver Island Vegetarian Association
– Happy Cow listing
– Yelp

Transit information:
– Bike trails are everywhere. I know there are maps everywhere, I saw a bunch at the Victoria MEC (which is located right downtown).

– Victoria Regional Transit System. It’s reasonably straightforward to use the Victoria Buses. One ride is 2.50 for 60 minutes or you can buy a daypass for 7.75.
– There is a ferry going to Port Angeles from Victoria. It’s 15.50 one way if you’re a pedestrian, which isn’t too bad for a day trip to the US.

Places to Eat (in order of my opinion of awesomeness):
– Cafe Bliss (556 Pandora Ave, Victoria, BC) – it’s a raw vegan food place, and has amazing desserts. I didn’t try much other than the sweet stuff, but I went on a near weekly basis for a different piece of cheesecake or pie or chocolate. They do use honey and other bee products so it’s a good idea to ask what’s vegan. 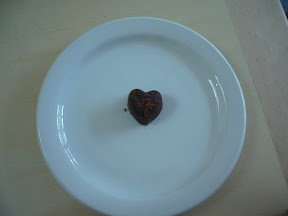 – The Joint (1219 Wharf Street, Victoria, BC) – Since I’ve got pizza on the brain, and I would love to go here and have another one of their calzones, I’m listing it here. They have a huge variety of toppings, and delicious options. When I was there they didn’t have diaya (they made their own vegan cheese) but now they do! – Green Cuisine (560 Johnson Street, Victoria, BC) – It’s a buffet/pay by weight place, which I’m not usually into, but I had some great food here. The cornbread and soup was fantastic, and it’s also in historic Market Square. Full of entertainment, little shops and near Chinatown. – Lotus Pond (617 Johnson Street, Victoria, BC) I was never at Lotus Pond but it was recommended consistently that I ended up recommending it too. It is another pay by weight buffet, but another recommendation is to order off the menu (like the veggie duck!) if you want something really good.

– ReBar (50 Bastion Sq, Victoria, BC) is like the Fresh of Victoria. I kind of hate it, but I kind of love it at the same time. Maybe it’s that locavore too-hip to be totally vegan atmosphere, maybe it’s that they serve fish, I don’t know. They have a decent selection of smoothies, and a couple of vegan entrees. I think my favourite dish, and this might be a little sad, was a plate of potatoes, gold fingerling potatoes with sweet potato. Mmm. I also got the Thai peanut tofu dish and it was different every time, but usually good. Once upon a time they had helpful menus on their page, maybe they still do, but I couldn’t find them. – Mo:Le (554 Pandora Ave, Victoria, BC) was great for brunch, and it’s close proximity (i.e. right next door) to Cafe Bliss was a major selling point for me. Sure I just got a tofu scramble, but it was one of the better ones I’ve eaten. It also has nonvegan options and can get quite crowded. – There is also the Pink Sugar Cupcakery (773 Fort St Victoria, BC), which was at one time entirely vegan, and now is just “egg and dairy free” since the appearance of the “Man Cakes” with bacon (amongst other things). I’ve heard mixed reviews about the service, and I have to wonder what the Bailey’s frosting is actually made from, but it’s a place that might have some vegan cupcakes, and that’s reasonably exciting. Too bad they felt they needed to go backwards.

– Bubby Rose’s Bakery (1022 Cook St, Victoria, BC) They have vegan brownies, a few vegan breads, a quinoa salad and occasional vegan sandwiches. If I was anywhere in Victoria right now, I would check them out. I like that they donate a lot of their products to local schools and theatre, arts and enviro groups.

Other food related things:
While I wasn’t able to take advantage of the Vegetarian Dining Hall Village Greens at the UVic campus since it closes for the summer, I think it’s awesome that it exists. When I emailed the food & hospitality services coordinator, they were extremely helpful, and wanted to help make sure I had something to eat in the normal dining hall. Unfortunately, the staff in the kitchen had other ideas, but c’est la vie.

The residence at the UVic campus is also a viable option if you need somewhere to stay (during the summer) that’s inexpensive and not a hostel.

Things to Do
I’m sure this will be terribly surprising, but as usual, I’m going to start off with a museum.

I had a great time at the Royal British Columbia Museum– 675 Belleville Street, Victoria, BC (plus they were playing Star Trek at the IMAX here). Admission is 15$ for adults with discounts for students, seniors and youngsters (with valid ID.) You can buy tickets online, and sometimes during the summer time it’s worth it. Some of the exhibits are amazingly detailed, and you get an immersive historical experience, walking through replicas of old Victoria and the huge First People’s exhibit.

The NRC Herzberg Institute of Astrophysics and the Dominion Radio Astrophysical Observatory (5071 West Saanich Road, Victoria, BC) was amazing. You need a vehicle to get up here, but it’s worth the trip (if you’re even remotely interested in space.) Athletic Stuff:
Mount Finlayson (coordinates: 48°28′58.1″N 123°32′18.9″W click for googlemap)
When I was in Victoria we hiked 419 m up this mountain, and had some of the most beautiful views of the Island, but even without the views the experience of climbing was worth it.

Kayaking
You can rent a kayak from a number of places around the harbour, if you’ve never done it before and don’t know what you’re doing, it would be a good idea to get a few lessons first. Especially if you end up in the inner harbour like we did (since SeaPlanes land in that general area.) You don’t want to accidentally kayak across the runway now do you? Rent a bike! and go down the Galloping Goose Trail to Sooke.

There is also the amazing Sooke Potholes. We went down a local’s only section, but people are usually quite pleased with it either way. It was a great place to go on a hot hot hot summer’s day.

If you go to Victoria during the summer (especially at the end of July) and have any interest in Electronic Music, Check out the Victoria Electronic Music Festival (aka VEMF) because it’s an amazing event. It’s even better if you sign up to volunteer like I did, because you get to interact with a lot of cool random people. There is a silly tourist site, that you might as well make sure to go to called Fan Tan Alley, a narrow passageway between Fisgard St and Pandora Ave near Victoria’s Chinatown (Which by the way is one of the oldest Asian districts in Canada). Or maybe the following picture will suffice. Though you have to get a picture of yourself climbing the walls or something, because I certainly have a few. Buchart Gardens– (800 Benvenuto Ave, Victoria, BC) a national historic site and all around nice place to visit. They have 55 acres of land covered in flowers and other types of flora, there are also vegan food options at the cafe (sometimes). Admission costs vary throughout the year but they are between $16 and $29. To get here there are shuttles from the city, but you can also take the #75 bus. Beaches.
There are so many beaches. In the city, outside the city. All you really have to do is start walking, and you’ll eventually hit one.

Willows Beach
This one is easy to get to by bus, because it’s right in the city (Near Beach Drive and Estevan Street in Oak Bay, Victoria BC). Take bus number 1 or 2 and ask the driver to let you off at Willows. It’s a beautiful stretch of beach, and was never very crowded even in the middle of summer. Ogden Point & Breakwater (199 Dallas Rdish, Victoria, BC) while not a beach is beautiful. There is a scuba shop and food (most of which isn’t vegan) and there is a long pier that is open during the day. China Beach and Mystic Beach.
Once you get to these, you’re out of victoria and on/near the Juan de Fuca trail. While I jumped into the pacific ocean in mid July on a dare, wouldn’t recommend it. Unless someone dared you. I dare you! What’s your favourite spot? Any suggestions?