There is a new vegan cheese in Toronto called Maniocheese, a plant based cheese made from made from cassava (also known as tapioca, manioc or yucca), peruvian parsnip and beans, and it’s here all the way from Brazil! (There it’s known as Mandiokejo) It’s imported by Vegantage Point, and at the moment is available directly from them online, or from The Health Shoppe (41-A Charles W, Toronto). But check out their “Where to Buy” for more info. 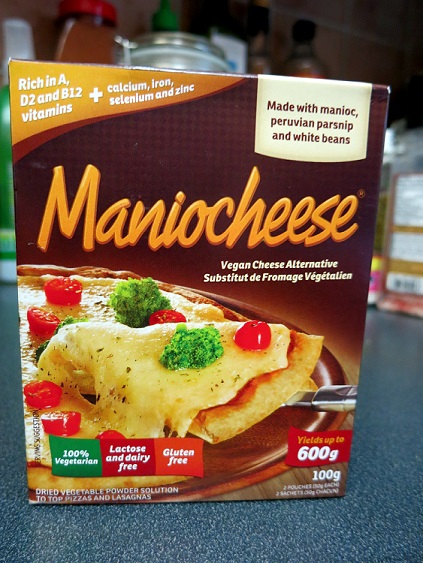 It’s not a prepared product, so there are a few steps to making it usable (as you’ll see in the picture of the directions below), so it’s not entirely lazy, but it’s a few steps easier than opening the Artisian Vegan Cheese book and picking one of those.

What’s in the box?

I woke up thinking of making a pizza, and decided to walk over to The Health Shoppe and pick up a box of Maniocheese. It was $7.99 before tax, and there are two packets of maniocheese powder per box. Which is approximately enough for two medium sized pizzas. 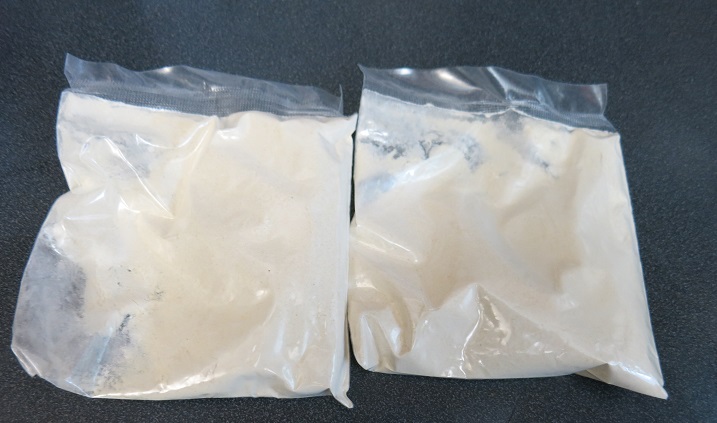 What did we think?

I think this product has a lot of potential uses, especially if you don’t want a cheese flavour to be central to whatever it is your making. Like putting a bunch of daiya on a pizza is great, if you want a pizza that is cheesy and melty. This one is great if you’re looking to use cheese for it’s other main pizza purpose – holding things together.

The taste is subtle, but reasonably pleasant. It needs to be mixed, made with something else (like added to bread or put with vegetables), and cooked before you eat it (though I did eat some of the “cheese” before it was made, and was okay. 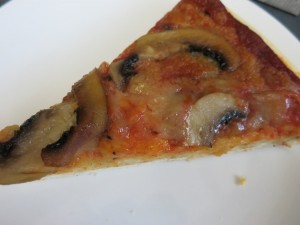 I didn’t find it salty – so I added more salt to the mix before cooking it up. Your millage may vary on this. I used olive oil, but I’d be interested to know what this cheese would taste like if mixed with a melted vegan butter.

Considering how many vegans I know that don’t like daiya – I’m encouraged to see more vegan cheeses come on the market in Toronto and look forward to seeing a bit more diversity on offer. 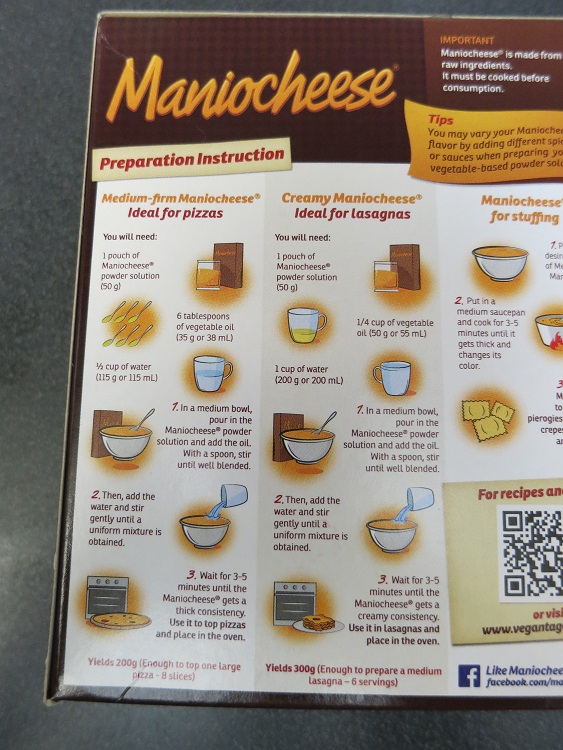 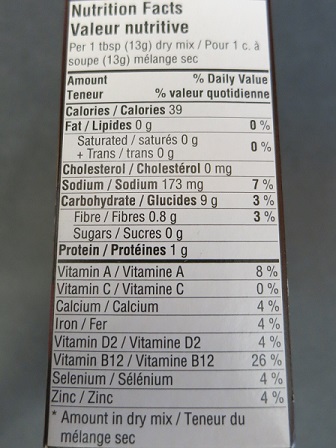 Have you tried this? What did you make with it?

If you do end up buying it, there are more recipes available here.