As part of our pre-baby adventures we visited Montreal. I was about 37 weeks pregnant when we went, so it was a bit of a nervous trip (because going into labour in another province where people speak French, scared me a little), but it also felt like a necessary one (at least from a wanderlust perspective.) We took the Megabus down, which seemed like a good idea when I booked the tickets, but less of a good idea when I was trying to arrange myself and my belly behind the table we had reserved. It was much too crowded – live and learn.

Much like some of the other cities I keep returning to, Montreal is very familiar. There is always something new, but ultimately the city still has the same energy, the same streets, the same language. I went to the University of Montreal during a pretty formative year one summer, so our visits are usually a blend of some of my old favourites and trying to visit whatever is new in town. Aux Vivres is one of my old favourites since my first time in Montreal, and it’s been incredible to watch them grow from a relatively small restaurant & cafe to doubling in size and adding a grab and go deli/grocery area.

I still remember the first time I ordered the BLT sandwich on chapati from them. It was 2007 – and coconut bacon wasn’t a thing like it is now and it was mind blowing. During those two months, I’d end up getting the same thing well over a dozen times (with a few other meals like brunch and sharable plates with vegan-curious school acquaintances.) 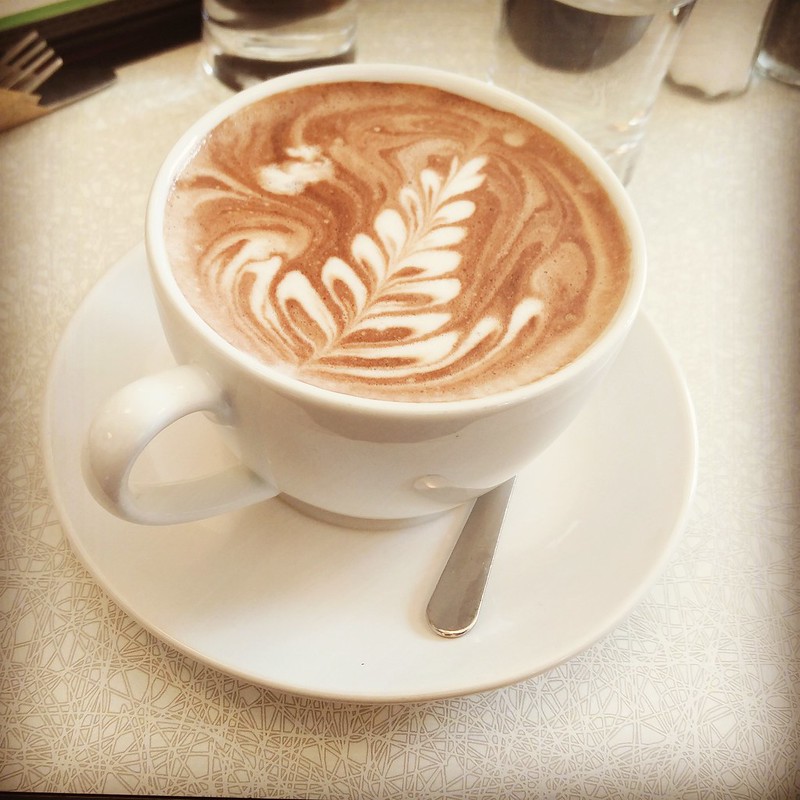 This time around, JC and I started things off with a couple of beautiful mugs of hot chocolate. Montreal was sunny but colder than we had planned on so they were perfect for the day. We also shared the Aux Vivres Mezze with Chapati: with lox, vege pate, tofu cream, hummus, and olive tapenade with pickles and capers. The Chapati was buttered with Aux Vivres own special veggie butter. 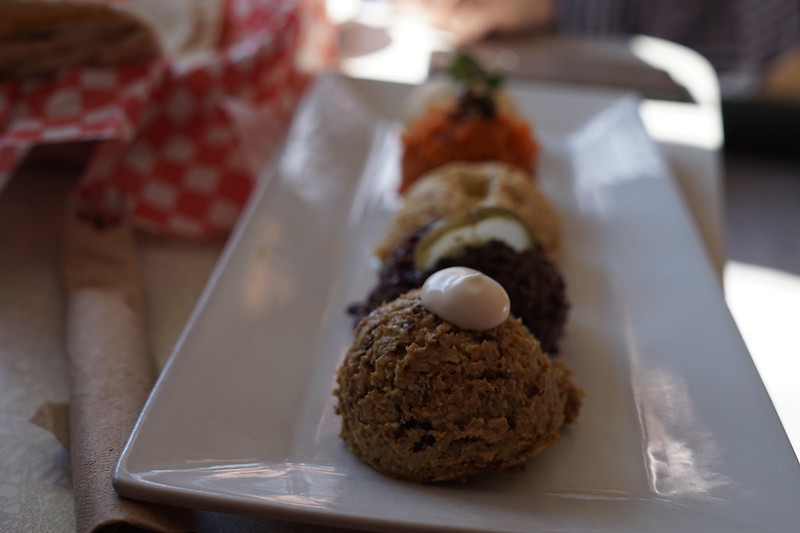 I forgot what their Mezze platters entailed – little lumps of tapenades – so it was not quite what I was expecting but still really good. 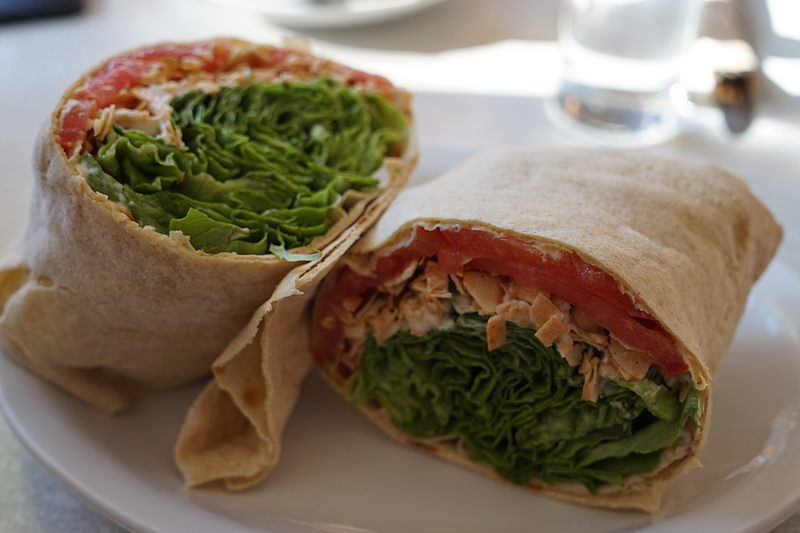 And of course- keeping with tradition – I got a BLT wrap, which is coconut bacon, lettuce, tomato & mayo wrapped up in a chapati.

We spent three days in Montreal, and managed to visit several interesting places and I’m hoping to share a few pictures and stories from each of them over the next few weeks