In December 2014, we were dropping off my laptop at a shop near St. Marks Place, for repair after a few failed attempts at finding a competent spot in Toronto ( by the way, I cannot recommend Simple Mac repair in NYC enough – they were amazing) When we just happened to walk by the new DF Mavens store/shop as they were setting up to open. I hadn’t known about this – and I saw the logo and thought… wait a second… no. This isn’t really here is it? But yes, it was real life, and a relatively big vegan ice cream shop was getting organized right before our eyes.

The doors were closed – but looked like they were ready to open soon. I hoped to catch them before we went back home in a few days. Conveniently, we had to be back in the area to pick up my newly repaired laptop. I crossed my fingers we’d luck out and they’d be ready by then too. 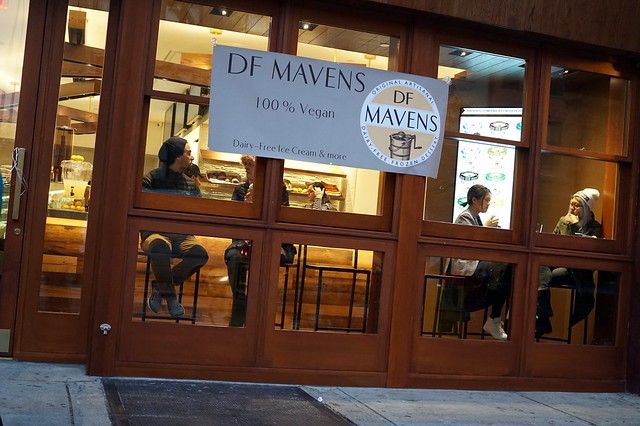 A day or two later we were back in the neighbourhood (picking up my macbook) – and the DF Mavens spot was bustling with activity and full of people. It was exciting to see a large totally vegan ice cream shop, with ice cream, coffee, sandwiches, and other food & drink. You could take large containers of their ice cream, cups, cones, samples, whatever. 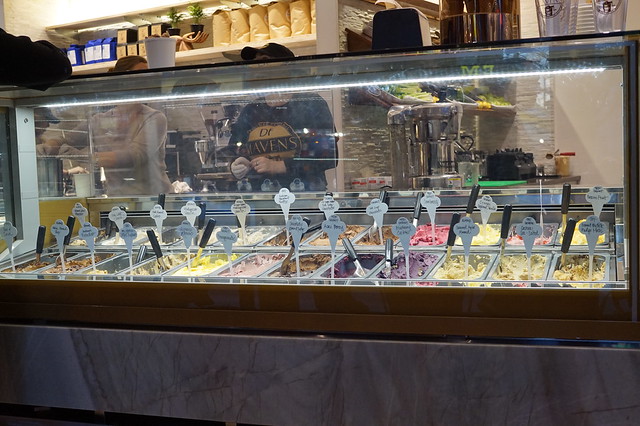 There were so many choices – cashew based, soy, or almond. A great assortment of flavours and they were very well staffed to handle all the samplers and patrons. I didn’t sample much – but I did immediately gravitate towards the Cashew Salted Caramel. 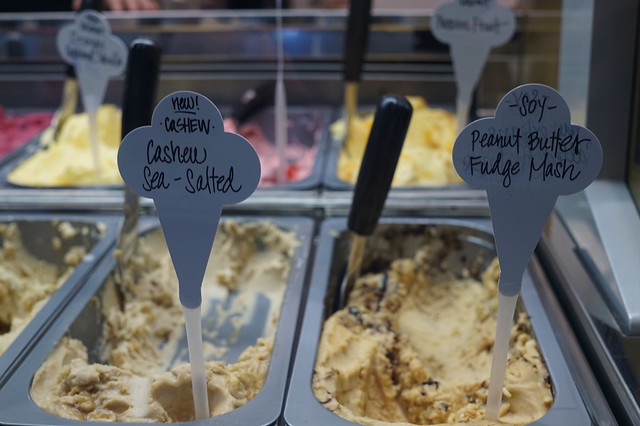 And I wasn’t alone – it was a flavour in demand. Though now that I’m looking at the above photo again,  that peanut butter fudge mash sounds mighty fine too (and chances are good I’ll get that next time…) 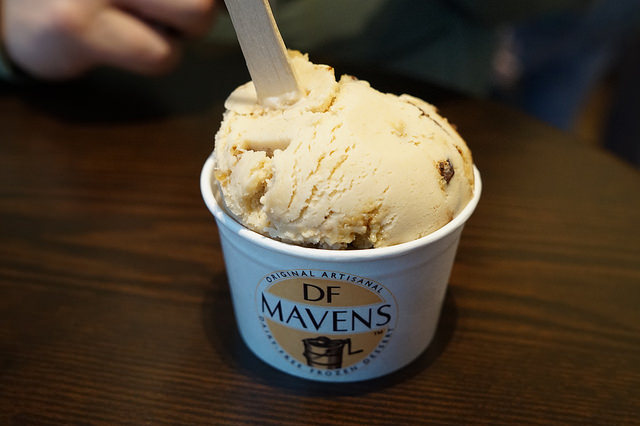 My dear partner JC, also has great taste in things that are delicious and got the cookie dough, which I got to try a few bites of.

It was just a quick stop in on the way to exploring the rest of the city, but it was such a positive experience that I’m sure I’ll be back the next time we’re in town. Preferably in the summer!