I’m still travelling back in time on our Summer Roadtrip, back in July and August 2014. After we had left our lovely AirBnb in the morning and were ready to head out of town, we made three final stops in Saskatoon before driving on to Edmonton via Lloydminster. 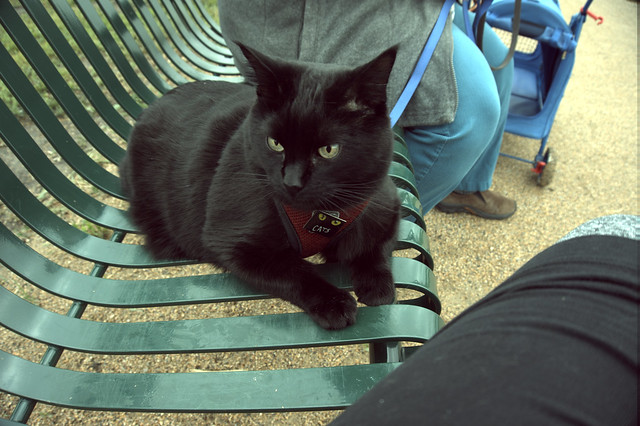 First, I visited with a Saskatoon friend and fellow volunteer and animal lover I hadn’t seen in a few years. While I spend a lot of time communicating with people online, it’s quite nice to actually get some face time in, especially since we were in town at the same time. Plus, I got to see her friendly walkable rescue spokescat Joy, again which was also great. 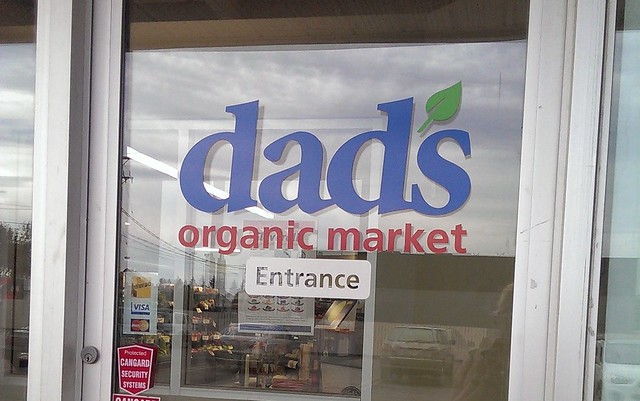 Later JC & I visited Dad’s Organic Market – which is a great market that seems to have expanded since I lived in Saskatoon. They have a variety of organic, natural, and vegan-friendly goods. There were a few unexpected finds there – like a package of vegan gluten free perogies from local Saskatoon company Raduga Foods (unfortunately, our cooler wasn’t quite cool enough – so I never got to try them.) 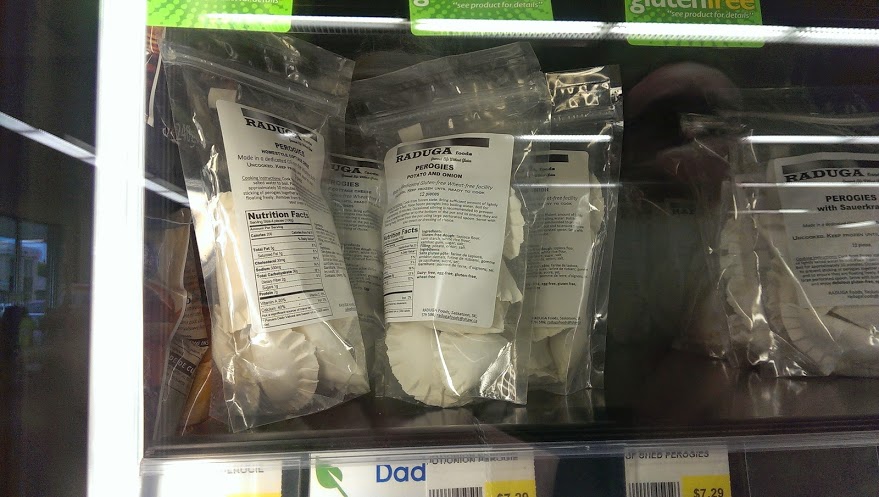 Finally – we went to Griffin Takeaway – which was incredibly exciting, because it opened shortly after I moved away, and I’ve just been watching it from a far for a few years, and it’s an especially vegan-friendly bakery and take-away spot in Saskatoon. 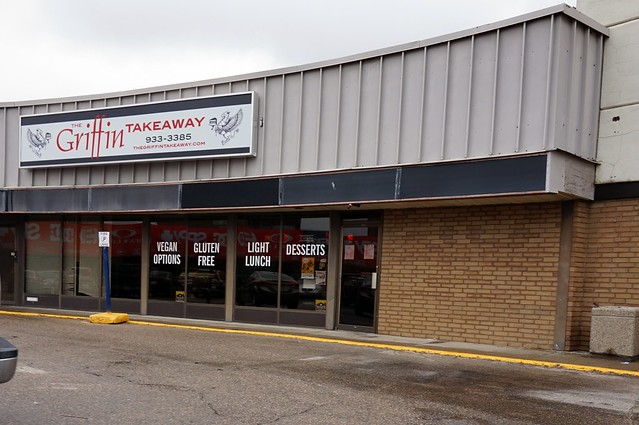 We stocked up on several treats for the road and they put up with me running around gleefully taking pictures of all the vegan offerings. I’m not sure how often gleeful weirdos come in there, but they had such an incredible selection, and such reasonable prices for everything (especially since I’ve been trained to accept a vegan tax on everything at most places) 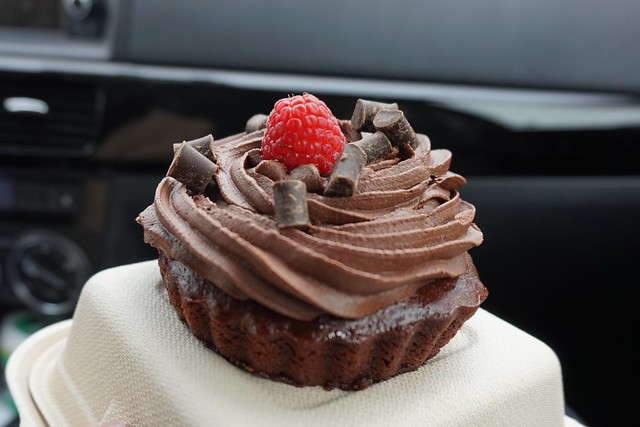 One of my favourite things was this delicious chocolate raspberry brownie tart. Slathered with a thick layer of chocolatey icing and a single perfect bright red raspberry, it was eaten in the car before we got to North Battleford. I tried to occasionally feed JC with treats by probably didn’t do a great job of sharing. Sorry love. 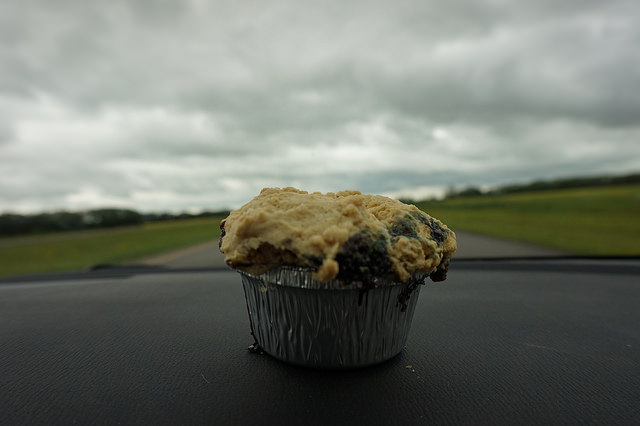 You can take a look at some more of the photos here on Flickr, but we started snacking on them shortly after leaving the city limits, and driving towards some mighty dramatic clouds. Saskatchewan has always lived up to their license plate tag line of “Land of the Living Skies” and I’m glad we were able to appreciate it while we were there.

If you visit or live there, make sure to check the Northern Lights calendar on a clear day, because the big sky means an extra special light show there on clear days.

As we were driving on highway 2 away from Saskatoon, I was reminded of how many other times I had been on that road – the many many trips on the Greyhound between Saskatoon and Edmonton, by car, and finally in my mom’s heavy and fully packed red Toyota Corolla.

It felt like a real goodbye this time, and it was nice to share a bit of the city with JC, since it had been an important part of some of my formative years. Bye bye Saskatoon!