First of all – you have a little under a month to use up your Indie Coffee Passport! It’s crunch time people, let’s get caffeinated.

I rarely write a post from the cafe I’m sitting in, but I’m breaking that trend with this one (I also rarely go to these spots on weekdays so I’m just changing everything around this time. 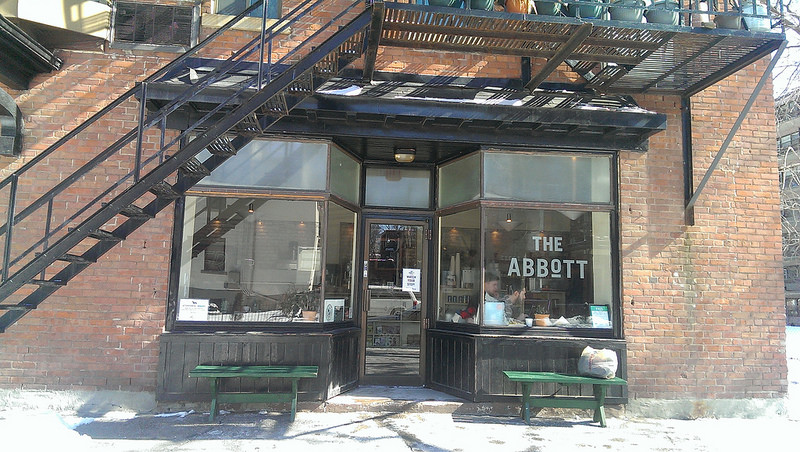 I went into the Abbot today in Parkdale after running over to Liberty Village for a quick second. It’s on Spencer Avenue, which is a tiny avenue just off King street. There is a half step to get in, and it’s kind of hidden off to the side, under a staircase. I’m not sure if I would have had as easy a time of finding it, had JC and I not been there before.

What’s on offer with the Indie Coffee Passport:

They charge extra for non-dairy milk. So I ordered a double espresso.

Service was friendly and quick. The barista seemed to follow the ICP trend I’ve noticed this year of being really positive about the Indie Coffee Passport, which wasn’t always the case during last years run (not here, just in general.)

It’s a small and comfortable space, the big windows let in a lot of sunlight, and I love the little tables (there are 4 tables that seat two comfortably, and one large communal table that could probably seat 4-6 depending on personal space requirements.)

The more coffee I drink, the fussier I’m getting about coffee. So with that said – I didn’t like the espresso. This is just a personal preference, so your tastebuds may vary, but the coffee was too dark for me, and lacked that sweet smooth espresso quality I’ve started to really like in my coffee explorations. Otherwise, the coffee is fair trade and organic, I didn’t catch who it was by, other than they do not roast their own coffee. (but if they’re still using the same beans as when they opened – The coffee is sourced from Canterbury, a fair-trade organic line from Vancouver.)

For vegan snacks they have a couple of things from Sweets from the Earth (facebook makes me think this is a relatively recent addition to the cafe.)

So location, while weird, is lovely. Service was great. There is wifi. But the coffee was not my cup of… coffee. 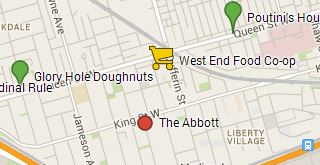