A couple of weeks ago we drove down to Buffalo to fly on to New York City. It made sense to do it this way because I had about 4lbs of “imperfect” Cocomels waiting for me at our American mailbox, and JC had some secret (my) birthday stuff to pick up too. Plus flights were significantly cheaper (even considering long term parking at the Buffalo Airport) from Buffalo than any of the Toronto airports. 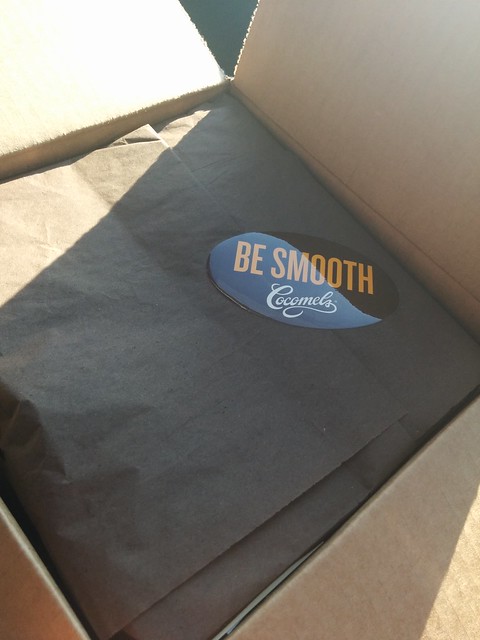 Before our flight and after our visit to packagetown, we opted to go to Amy’s Place. Located in Buffalo’s University Heights, it’s not exclusively vegan, but has a lot of vegan options on the menu, and has great hours. Seemed like a popular spot, because we took one of the last available tables in the restaurant, in the early afternoon. 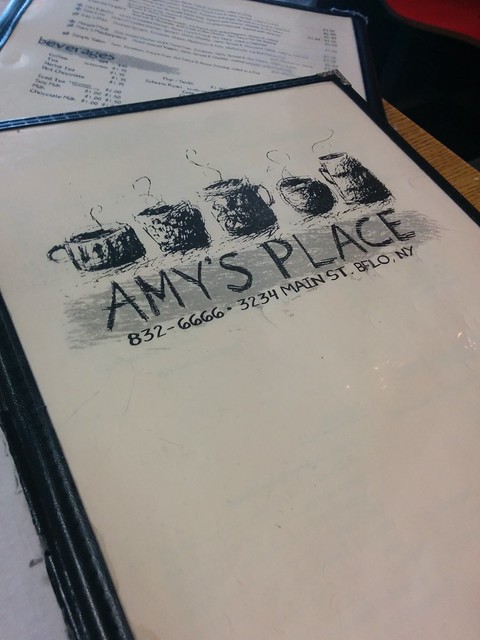 Our last visit to Buffalo involved a quick meal from Merge, but it was nice to try another veg-friendly spot in town, and one people seemed to be pretty enthusiastic about when I mentioned it.

Service was friendly and fast, it seemed like just moments after we ordered that our plates arrived, but that could also be because JC left to find an ATM that would accept our debit cards (They do have an ATM onsite, but it wasn’t taking any of our magic cards)

There are many menu items that are vegan, or can be made vegan. And it’s clearly laid out on the menu, which is always nice to find. 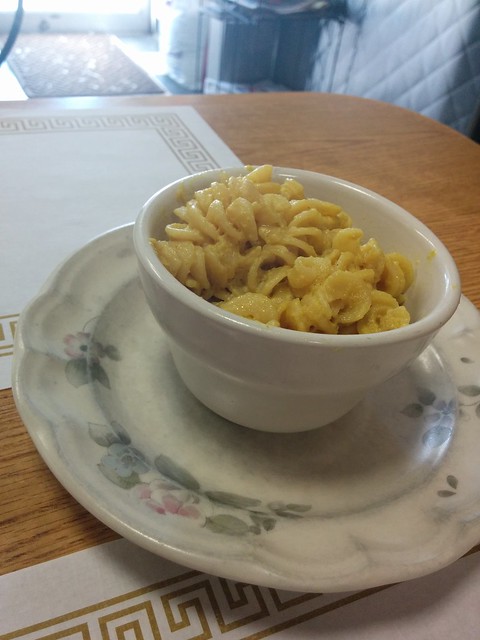 We started with a vegan mac & cheese, which was fine, but mostly JC’s idea. Unless it’s more of a radioactive orange colour, I’m not that excited about mac & cheese, but in spite of that it was okay.

Their Biff Sandwich was on special with a side of fries, so I ordered myself one, and it was awesome. So saucy and flavourful. Would eat again. And the last second decision for curly fries? Double brilliant, if I do say so myself. 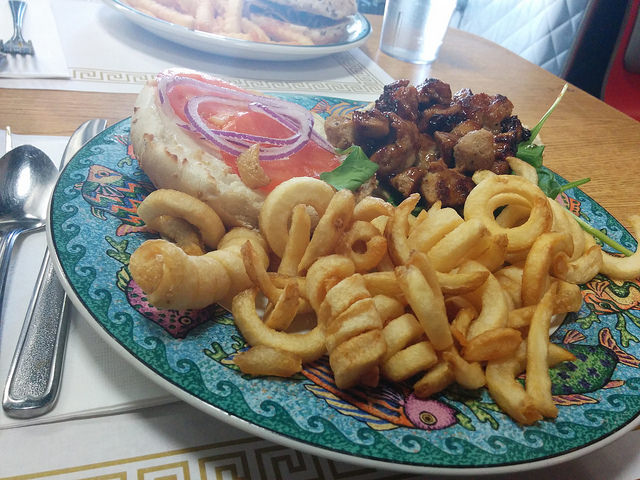 If you find yourself in Buffalo, check out Amy’s Place.

Things to know: Cash only (there is an ATM inside.) There is booth seating, some table seating, and bar/countertop seating. The entrance way is accessible, and they have a table up front that seems wheelchair friendly. I don’t know what the restrooms look like in terms of accessibility, but getting to them from the front could pose a challenge.