Some weeks, writing a TILT is a trial. Some weeks, I don’t know what to say. The basic “things” I love area always pretty static – JC, Emmie, Kes, Earl Grey Tea. These things are probably not all on the same plane, but they are constant sources of joy in varying degrees.

We’re in the middle of moving. Which means that our world is upside down. It’s oddly bittersweet to be saying good bye to the place I’ve called home for a couple of years. But it’s very exciting to be moving to a new home that will really be OURS.

I want to talk about the amazing weekend we had, because it was wonderful, but I’ll get to that tomorrow. Enough navel gazing. On with the TILT.

Green is the New Red – Will Potter 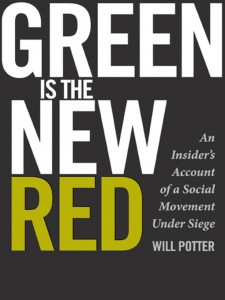 It took me longer than I care to admit to finish this book. Maybe because it was uncomfortable to think of the shift in the world. Maybe because I just had too much going on. It’s not a tough read – but it’s a tough read. Even with my own semi radicalized view of the world, I still was shocked at the transparently unfair, and seemingly unjust treatment activists involved in green activism or animal liberation experienced.

I know that I’m late to the Green is the New Red cheer-leading party, but if you haven’t read it, it’s definitely worth it. Also, check out the references at the back of the book – there were nearly 50 pages of them on my e-reader. Also worth following is Will Potter on facebook and on twitter. There is also an associated website with the same name as the book, that’s become a regular read for me.

Exploring a new part of Town. So we’ve temporarily moved out of our old home and staying in Liberty Village. Now, we’ve lived close to Liberty Village this entire time, but I’ve never really looked around. But now I’m wandering around and checking out the stores and restaurants and different options available. I LOVE exploring, and it’s reminded me that I’ve gotten a bit complacent in my Toronto explorations.

Expect more posts on Liberty Village. This vegan English Toffee is from The Golden Apple. 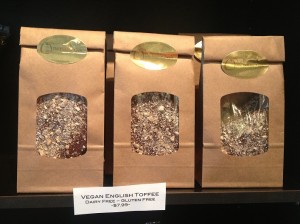 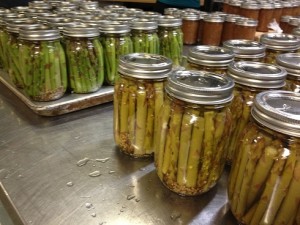 JC signed me up for WEFC’s CSO this summer. Tonight was the first meeting, and we made rhubarb ginger jam, and pickled asparagus. It was so awesome to see a giant pile of asparagus, rhubarb and knowing that it was just the beginning of the season.

I’m really looking forward to working on this over the next few months.

I saw Maximum Tolerated Dose at it’s Toronto screening last year, and now this film is available for pre-order. The special edition with all sorts of extras, is only $12. I can’t say enough how fantastic this film is. It’s “a film about animal experimentation, told from the perspective of humans and animals who have experienced it first hand”. It’s not graphic, but it is deeply touching.

Maximum Tolerated Dose [trailer I] from decipher films on Vimeo.

Go put in an order

It’s been a lovely week, and I’m looking forward to the next one.