Recipe for Change 2016 – Food and a Fundraiser for FoodShare

This is my fourth year going to Recipe for Change (see my pictures from 2012, 2013, 2014, and now 2016) and it’s not the same as it once was, especially in terms of vegan options, but it was still a great time as always. And of course, the event admission tickets support a great organization – FoodShare Toronto, which does fantastic food literacy work in Toronto, amongst so many other things, like the Good Food Box, the Mobile Good Food Market, Food literacy resources for educators, and so much more.

I went with my mom this year, since she was visiting from out of town, and we had a great time.

The vegan options were from a few different places: 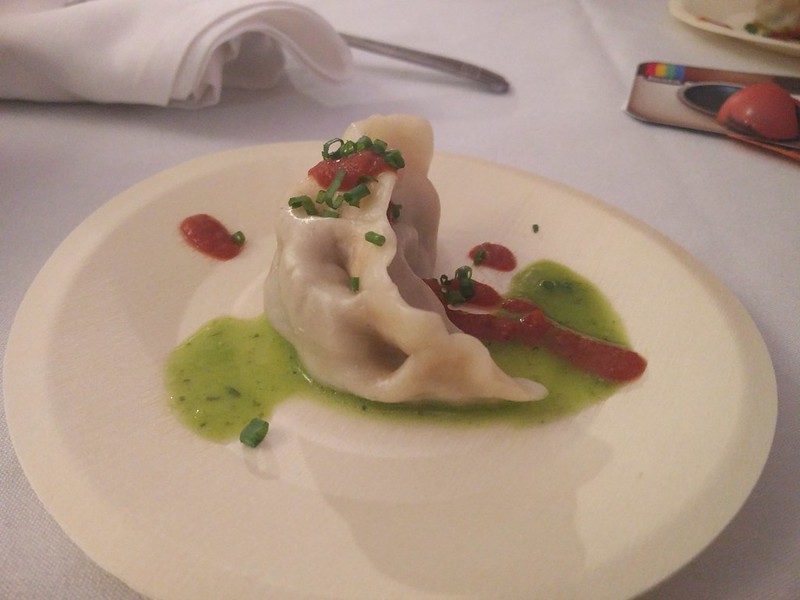 My Little Dumplings is a Recipe for Change favourite – I’m pretty sure he’s always had a vegan options, and it’s always been delicious. Chef Bashir Munye has been cooking dumplings up around the city at various farmers markets (including Evergreen Brickworks) – and recently opened a location in Leslieville at 1372 Queen Street East (@ Greenwood) – so check them out sometime. Open Thursday and Friday at 11am-7pm 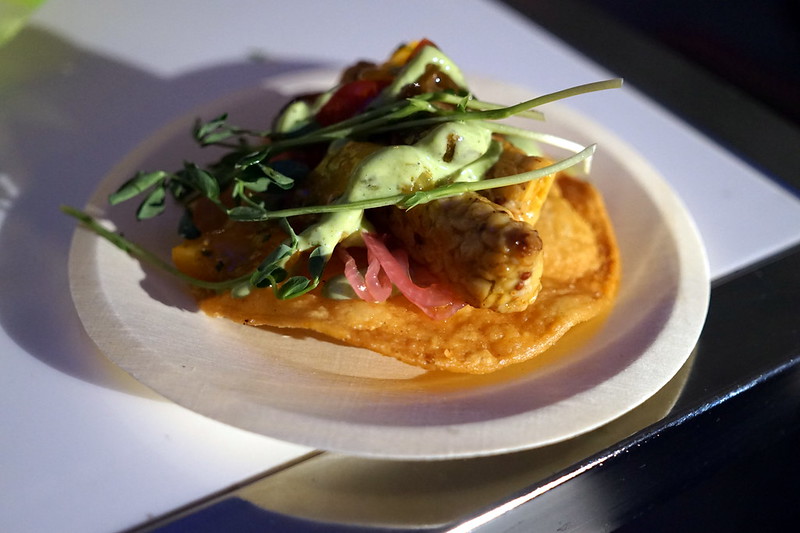 This was great but they were definitely more enthusiastic about their meaty options. Which is too bad, because the tempeh with the sauce was exceptional. They had a giant bowl of extra spicy sauce available on the side which kicked it up an extra few notches. I went back for thirds, but I bet people would have been more excited about them if they’d been ready to go.

Bendale Business and Technical Institute – Punjabi bhurtha and black channa curry (without the rice Pilau which unfortunately had butter in it.) 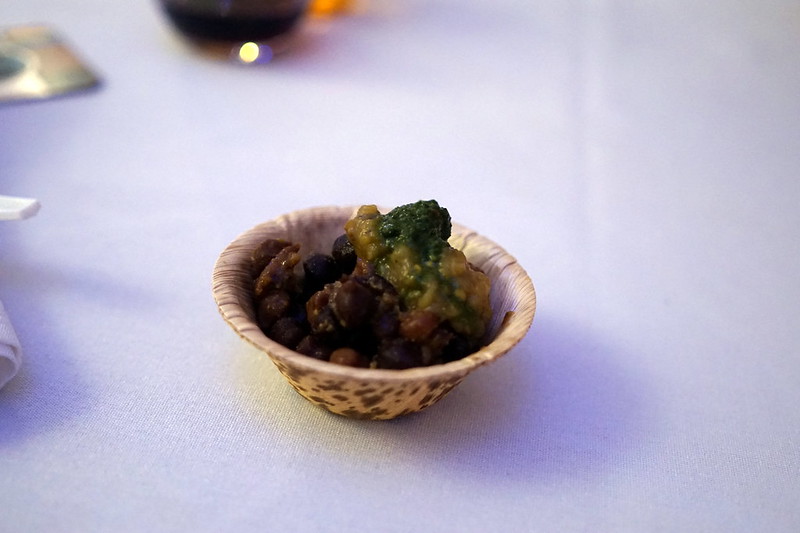 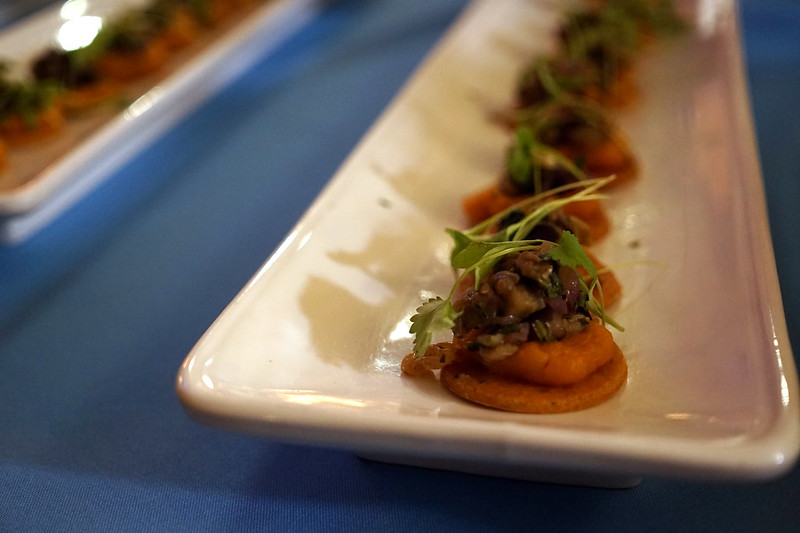 I had a great conversation with the chef at the King Edward Hotel – he told me that they do vegan things for special events, and do have some options on menu – and that his efforts creating interesting vegan food have been encouraged by the fact that his teenage son is vegan. The Chef also said something I’ve been saying for years – making incredible tasting plant-based food can take serious skill – and it can also be fun for people that have dedicated their lives and careers to making beautiful and delicious food. 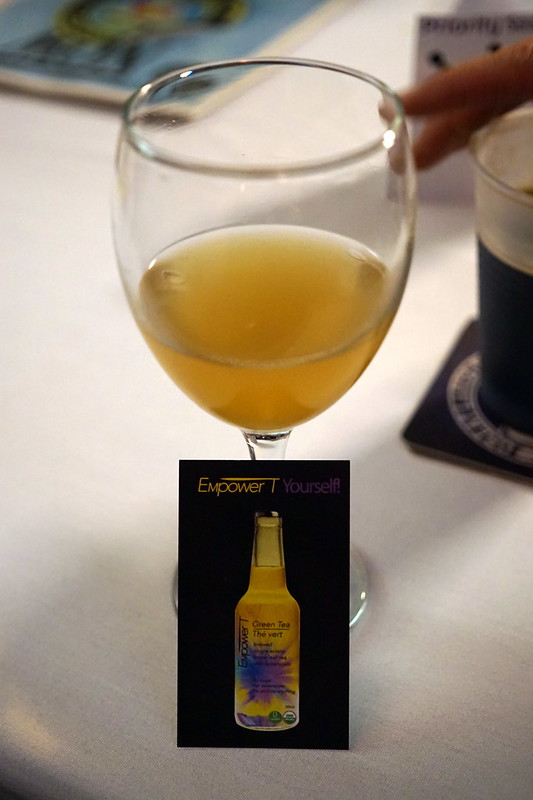 EmpowerT is a crisp clean cold green tea layered with notes of botanicals with no added sugar/sweeteners. Paired with Earl Grey tea (I skipped the marshmallows)  but went back for thirds or fourths of this tea. It is entirely unsweetened, which I like and had a nice flavour profile. They’re working on making it into retail in the next few months, so maybe you’ll see if around town sometime. 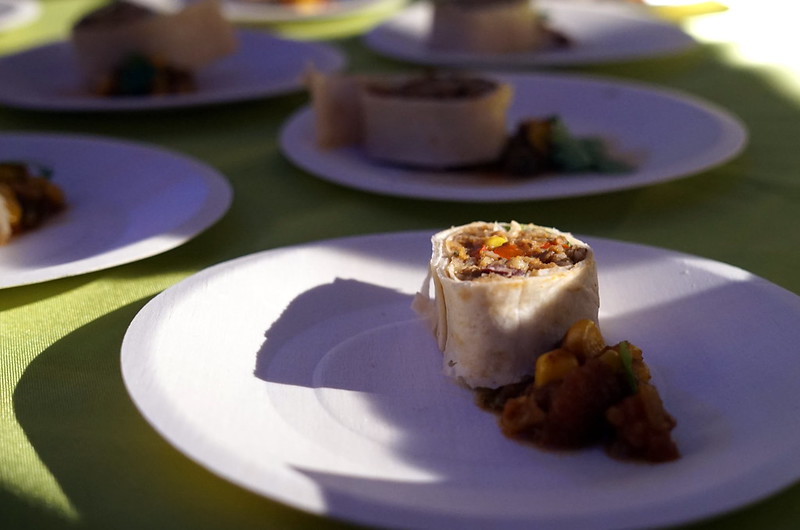 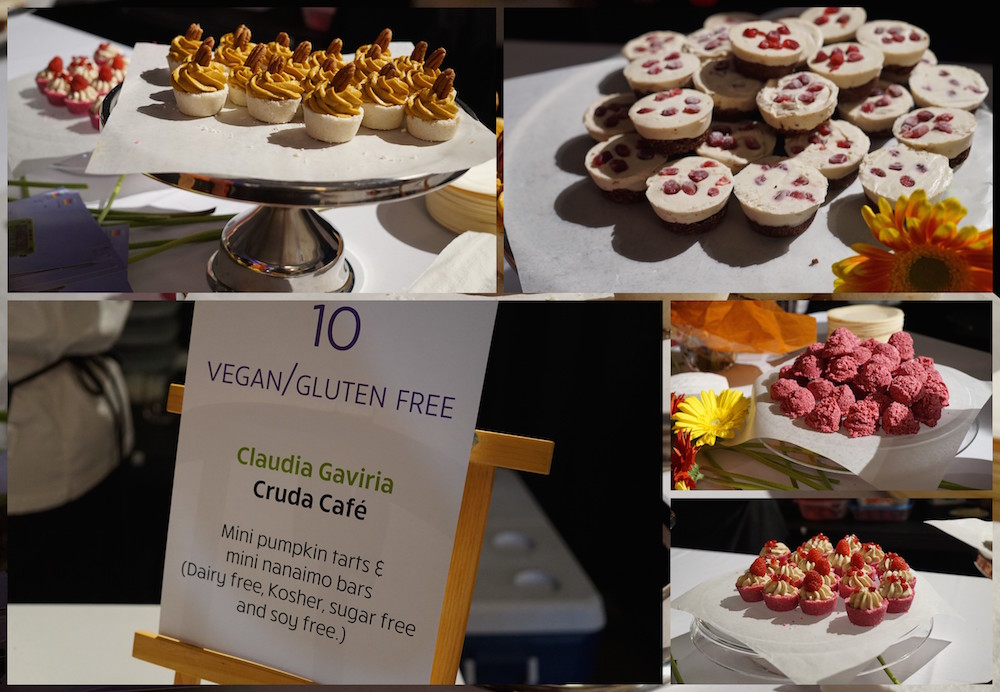 Cruda Cafe was a surprise favourite this year. There were four different desserts to enjoy, and all of them were beautiful – I also enjoyed people’s surprise at finding out they were vegan as I was wandering around.

Overall it was another great event with a lot of good energy and intention – FoodShare does a lot of great work in the city, so it’s always nice to hear a bit more about their programming from Director Debbie Fields, and celebrate their work every year.

I also really appreciated the priority seating tables this time around. I know they had them a year or so ago – but I never needed them as much as I did this time. (I look a lot like the lady in the middle of the card right now.) 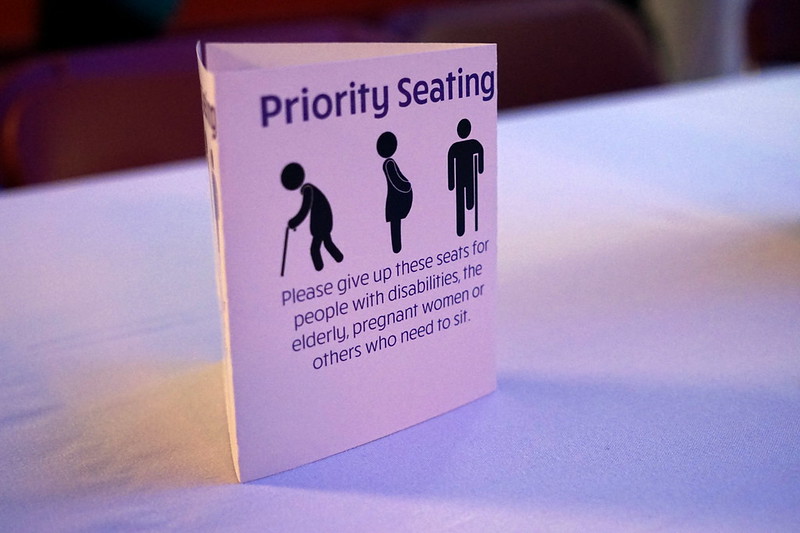