I love baked potatoes, I love soup, I love baked potato soup. It’s a creamy flavourful and thick soup that just feels like a warm hug on a cool day. Just waiting to be made in the fall as the days get cooler and shorter. But of course, it’s September in Toronto and that means it’s still just under 30 degrees celsius (that’s 80F if you’re using it) so this soup is ahead of its time today, but I’ve been thinking about this soup for weeks and it just couldn’t wait for another day. 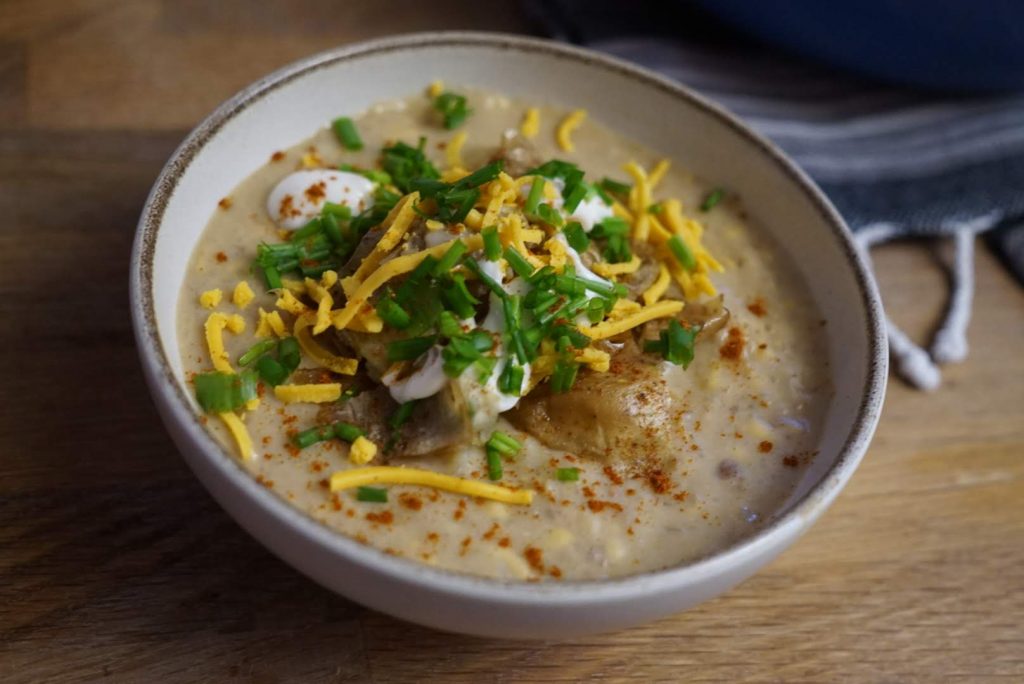 This recipe is inspired by the work of Guy Fieri and his fully loaded baked potato soup, but obviously veganized.

It’s not terribly complicated, but can be, depending on how you’re feeling – I started by washing and roasting the potatoes, because they take the longest to finish – around 45 minutes – and it gave me time to do other soup related tasks. Baking them is absolutely worth it though – the added complexity of flavour is a delight.

Vegan Magic is a vegan bacon grease type product made in Toronto, and available worldwide. To find out if it’s available near you, check out their website, but if you want to make your own, The Gentle Chef has you covered too with his recipe for Bacun Grease.

One of the things that I like to do with soups that allow for it, is to add mashed beans for extra protein – especially in a soup such as this one, that would otherwise be quite carb-centric. I had dry white beans kicking around, so I rinsed them and tossed them in my instant pot to cook under pressure while the potatoes roasted, but canned beans work just as well too.

The nice thing about a potato centred soup is that you really don’t have to follow a recipe, at least not precisely. It is forgiving and open to almost any kind of chaos you have in mind that day – but if you want to follow a recipe, I hope you enjoy this one! 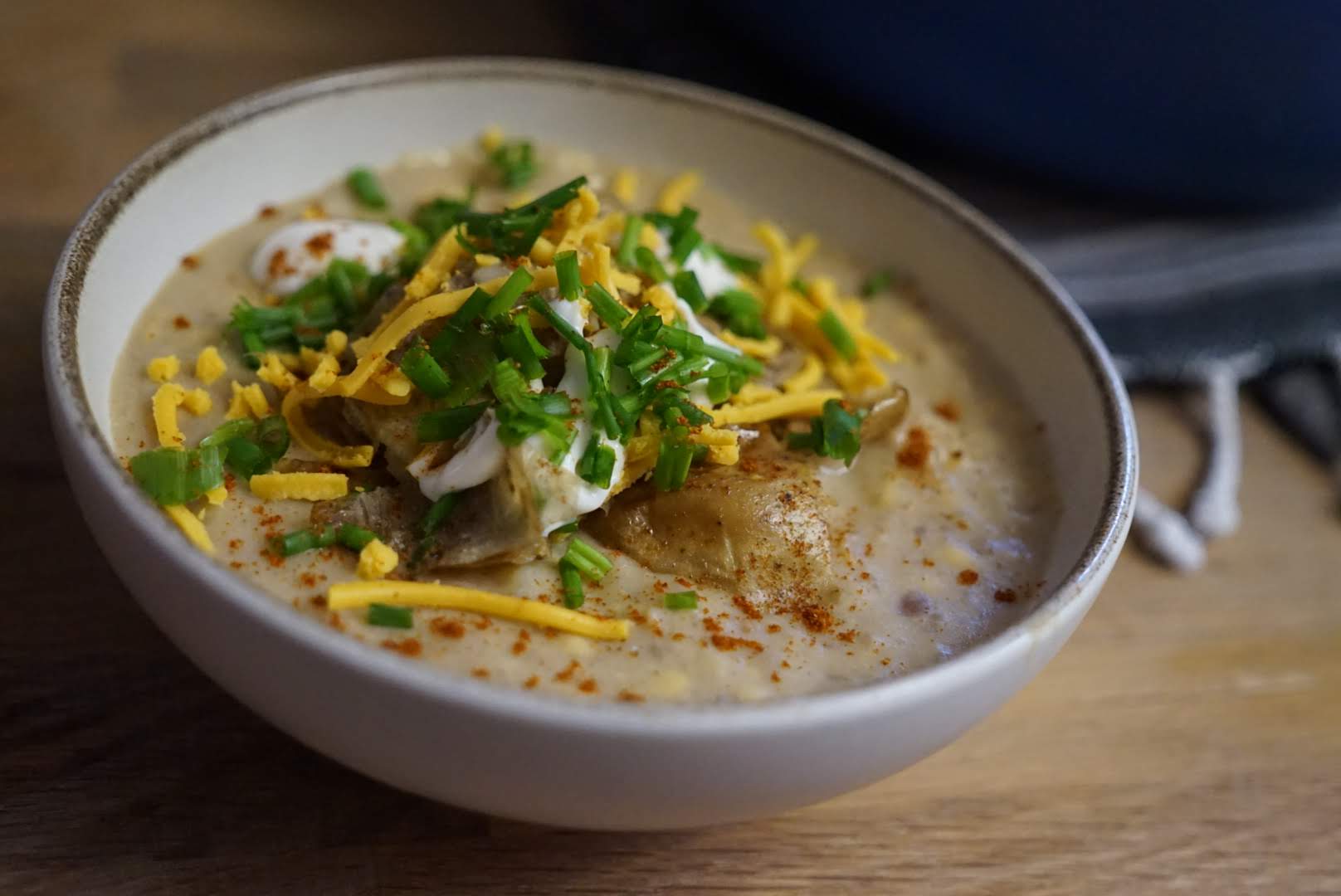 By meshell
A creamy flavourful and thick soup that just feels like a warm hug on a cool day.
Ingredients