Many years ago, I stayed in the student residence a few semesters of my university studies, and one of my roommates was an international masters student from northern China – she was studying chemistry and taking English, and we would talk about food when we’d run into each other in the common area. 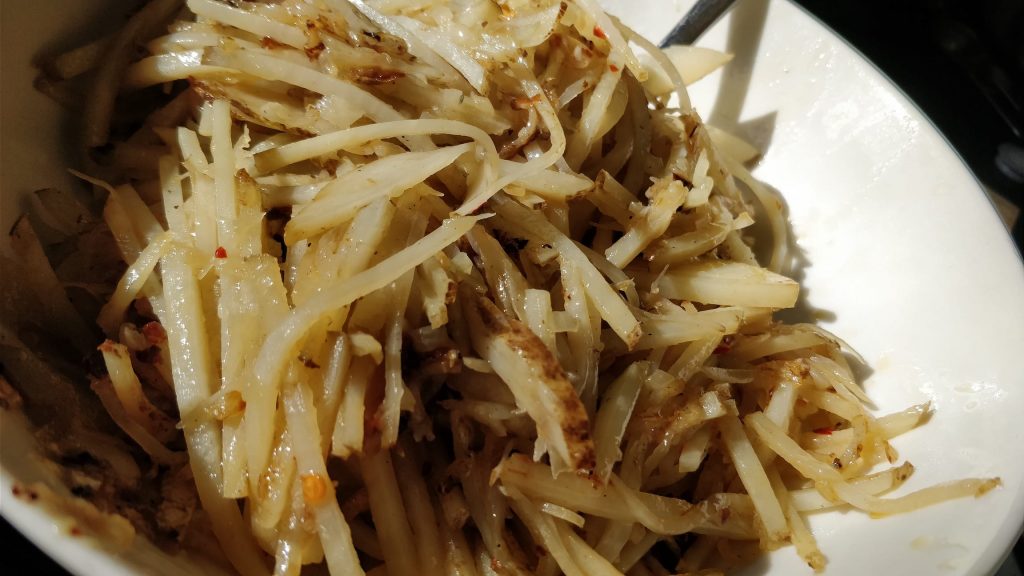 Eventually we got more intentional about it and decided to share meals – when she found out I was vegan, she made this spicy and sour shredded potato dish. It was one I had never had before, and it would start an obsession with this one dish I didn’t know I needed in my life.

I’d sit with her in the kitchen while she hand julienned potatoes, and then soaked them in cold water, followed by stir frying them with oil and chilis. The most complicated part was the julienning and I don’t think I even knew what a mandolin was back then.

I wish I had taken a picture of what she made, but eventually years later, I bought myself a mandolin and I started making this dish at home myself.

Then more recently, we were travelling in PEI, and we went to Noodle House, a restaurant in Charlottetown and they had hot and spicy shredded potatoes right on the menu(along with several other vegetarian options), and you better believe I was jumping up and down about it. (and of course I ordered it.) 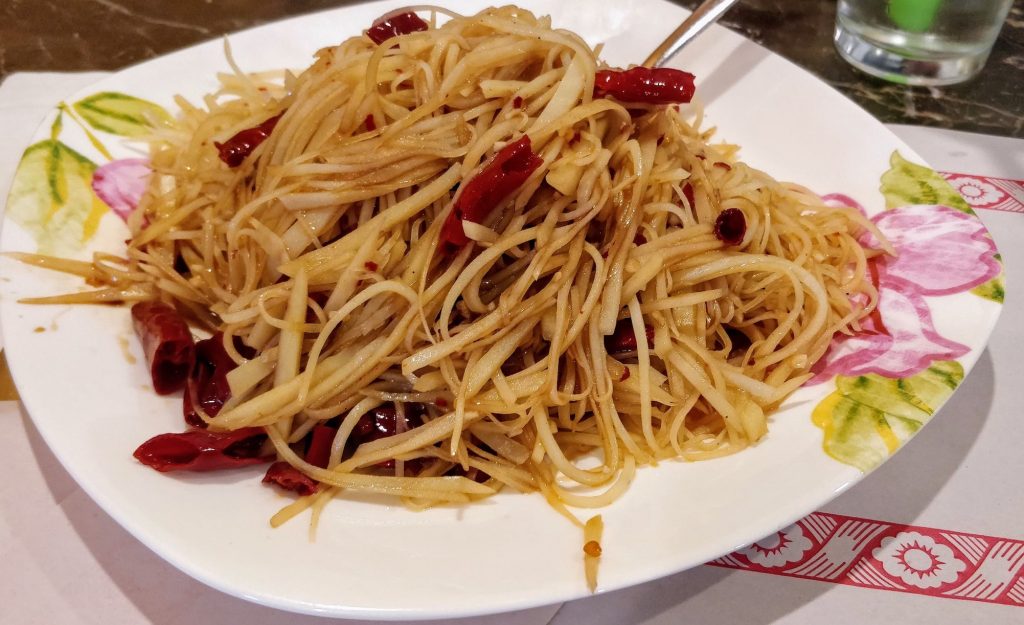 Every one is different, but it still filled me with nostalgia, and brought me back to a small kitchen

There are a few different recipes for this dish online, but I’ve had a lot of success with this recipe from Elaine at China Sichuan Food – her blog isn’t vegan, but there are several great vegan options beyond my favourite potato dish.

Have you ever tried a dish like spicy and sour shredded potatoes? What did you think?