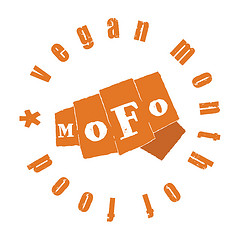 So, I’m being ambitious here. I’d like to turn November into a month of fantasy travel. My worklife has limited my ability to run off and go wherever I want to, but that doesn’t mean there aren’t places I’d like to go… eventually. I’m going to save myself some time, preplan them all in one mad month, and maybe in the meantime someone else can make use of my work.

Right now I’m on my way back from a brief visit to (primarily) New York City, so this will be a non fantasy vacation, since I was actually there. A friend in New Jersey was kind enough to offer me a place to stay, so I spent some time in Jersey City, but most of the time was spent in Manhattan and Brooklyn.

I preplanned this trip as I (try to) do with all of them, there were some websites that were absolutely invaluable in terms of finding things in the area. Since it’s such a popular place to visit it’s easy to get overwhelmed with information, but it was nice to have a few really great resources to sift through.

Supervegan.com, gives you the option of organizing their listings by a variety of variables (like type of cuisine, neighbourhood, how vegan they are, price range, and other info), Yelp was helpful in terms of confirming my expectations. Plus the PPK forum is probably my favourite way to figure out if a place is actually good.

So my absolute To Do’s foodwise were:
– to check out Franchia. (which is the less expensive sister restaurant to HanGawi)
– to get ice cream from Lula’s Apothecary (516 East 6th Street, Open late, but they are CLOSED on Monday’s)
– Cinnamon Snail. I wanted to visit this food cart A LOT. But they are in Hoboken Thursday thru Saturday, and at the Red Bank Farmers Market on Sundays. (Getting to the Red Bank Farmer’s Market from Hoboken ends up costing about 18$ in total, google map plan.) I didn’t think I would be able to try anything. Well. A friend kindly helped the folks at Cinnamon Snail find a parking spot on Saturday, got a free breakfast out of the deal, and left with treats for me to enjoy. Win Win Win. Say you have one day in New York City, what would you do? I couldn’t decide so I stayed for two and a half.

I met up with a friend at the Port authority station in the evening (after a 12 hour bus ride) and we walked over to Franchia restaurant. Oh Franchia restaurant. So much yum. It has a beautiful interior, and lots of seating.
I looked over the menu beforehand, read through a few reviews on Zagat.com and Yelp and I was tempted to try the avocado bibimbap, but decided instead on the soup of the day which was Hot and Sour (which just happens to be my favourite) and an order of assorted dumplings. I think if I go there again, I’ll skip the soup (though it was tasty), but order the dumplings again, they were great. They give the option of fried or steamed (but I opted for fried since that’s how I roll, but I’m sure they would still be delicious in steamed form too.) I can’t say enough about how great the ginger tea was. It seemed like the perfect tea for a cold day or for a day with a cold. We considered going to Lula’s because it was still fairly early, but we had both had long days and I was feeling really full after all the food at Franchia. We started walking over to one of the PATH stations but we passed it and kept walking until we were at the Hudson river looking at Hoboken station on the otherside. Too bad there wasn’t a bridge to New Jersey, we’d probably have walked over it.

Cinnamon Snail is usually at the Red Bank Farmers Market on Sundays (but chek their twitter), but it was going to be too expensive to get over there from Jersey City and would have taken over an hour to get to by train, so unfortunately I had to skip it. But I’m glad I had the opportunity to try some of their treats the night before.
Instead we headed over to Manhattan bright and early in the morning and walked around Greenwich Village, St. Mark’s, and killed time before Red Bamboo opened… and then waited around with people who were also waiting outside since they decided to open 15 minutes after their hours indicated. Oh well whatever. The promise of a soul chicken sandwich and steak and eggs made the wait more than tolerable, unfortunately the menu outside is not the same as the menu inside. So no Steak and Eggs for us. Though, it might have been even better this way.
I don’t think I can sing the praises of this soul chicken sandwich. The texture was interesting, it was flavourful, the sauce was delicious, the bun was nicely toasted, just all around mouthwatering. My friend had a Steak Burger, and it looked really tasty. But I didn’t try any. But the surprise order was the chicken soup. It didn’t look like anything special, but it was AMAZING. Hearty, flavourful, and filled with umami goodness. They have dessert from Vegan Treats available at Red Bamboo but saving room for Lula’s was on my mind, so it was back outside to wander around. As we were walking around, we stumbled upon the Children’s Halloween Parade right near NYU. So many adorable costumes. I was especially fond of this one: We walked by Lula’s but they weren’t open yet, so we walked to Williamsberg. It was kind of a trek (2miles) after already walking a lot, but it was nice to check out the place. I loved the poster we ran into Then it was back to greenwich village for some ice cream. The shop is gorgeous, inside and the people working there are super friendly. Imagine the best brownie you’ve ever eaten, then imagine that this brownie has two scoops of banana fudge and cookies and cream ice cream on top, with hot fudge, followed by crumbled and sprinked Newuman-O’s, then whipped cream and a cherry on top. That is what I had the privildge of ordering from Lula’s. The Brownie Sundae was something out of a dream. I enjoyed walking around Broadway more than I care to admit and made sure to make an appearance on Good Morning America when I was walking by the studio. Other things I enjoyed A LOT were:

Before I needed to head over to the terminal to go home, my friend and I met up at Peanut Butter and Co for some snacks. I’m tempted to make a peanut butter pickle sandwich after being inspired by one of the menu items. I had the assorted peanut butter plate, and it was great, but I wish it came with something other than crackers and chopped veggies. They have a vegan black bread on the menu that I’d like to try some day. It turns out the assorted plate comes with a honey peanut butter, I skipped that one. The Other Places I couldn’t possibly had time or money for, but wanted to go to anyway:

Other things to mention:

Transit Information:
Get MTA (Metropolitain Tranist Authority) MetroCard, currently it’s $8.25USD for a day pass or $27USD for a weekly pass & worth every penny. The MTA is your friend (maybe people that live in NYC will think that’s ridiculous, but I found it amazingly helpful to get around, especially when compared with other transit systems I’ve encountered.) Although this time around I was mostly on foot.

2008 Trip:
I did the New York tourist circuit when I was here two years ago. I picked up a City Pass and saw everything in the book in three days. I stayed in Brooklyn at the now extremely expensive New York Loft Hostel (it was 30$/night in 2008), but it was located right next to the L train so that made is super convinient (not all parts of Brooklyn are as well served by the MTA). My days were spent walking the heck out of the city, I did the Metropolitain Museum of Art (where my little art girl heart almost burst in front of a series of Dali paintings), MOMA (where I pretty much just teared up with excitement over the pieces I was seeing for the first time in real life), Guggenheim (which had a very interesting exhibition going of the now deceased Louise Bourgeois), Empire State Building (I went at sunset by accident. It was a good call), the Natural History Museum (add to that a truly awesome planetarium show), a trip on the Staten Island Ferry and walked from brooklyn to manhattan for giggles.

How did I do all of this and still feel like I had a rich experience of what I saw. I don’t know. I really don’t. I opperated on a strict schedule of waking up at 6am, going to manhattan/downtown/wherever, and not coming back to the hostel until 9pm. I saved time by skipping one of my favourite activities (eating) and while I did stop at Whole Foods and Kate’s Joint in the Village for a snack (tofu francase with a side of buffallo wings), the majority of my food was exclusively pretzel cart based. I’m sure other people can do better than this, I probably could have done better if my budget has not been so constrained, or if my completionist instinct hadn’t taken over.