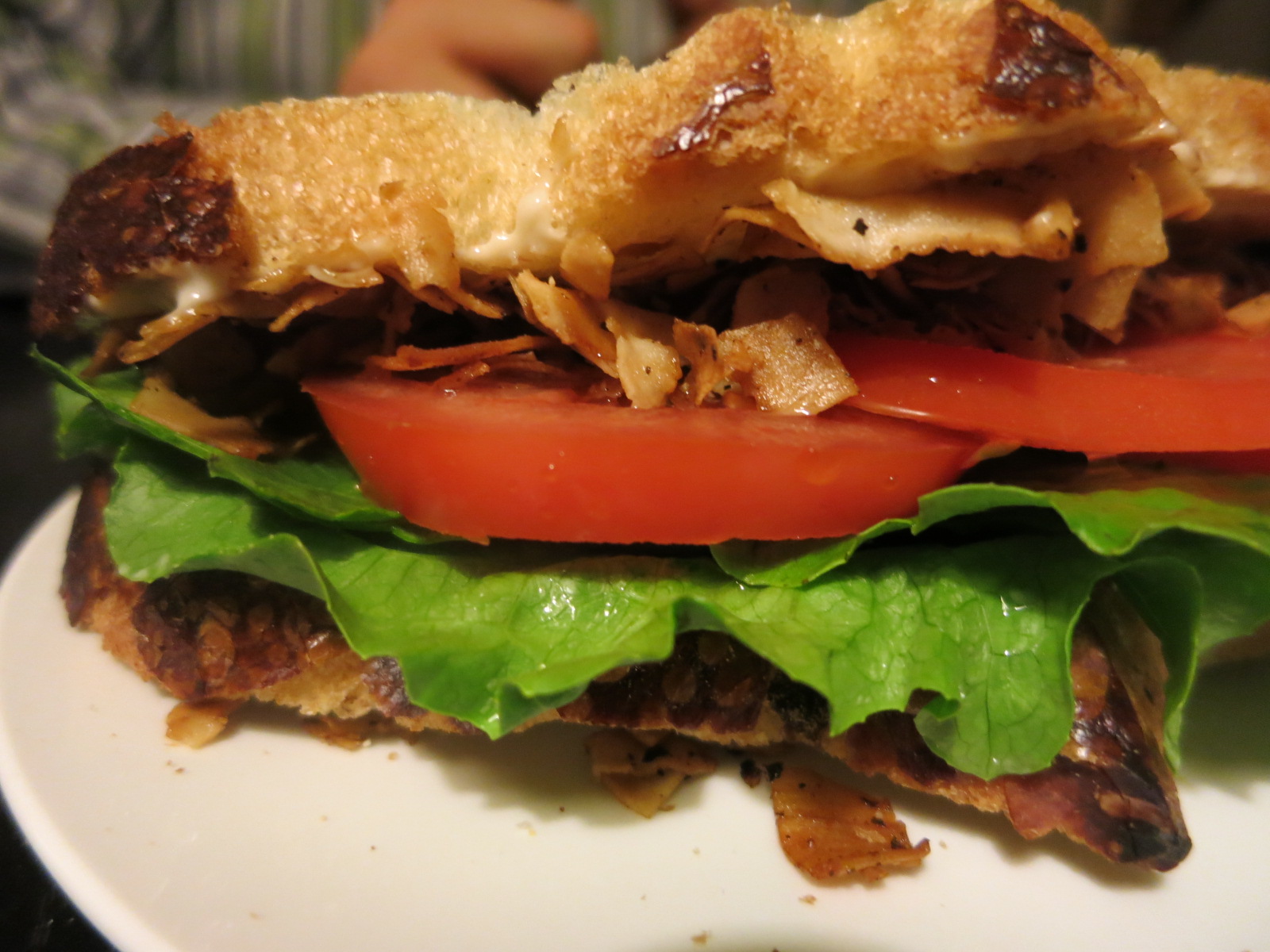 I bought a bag of coconut pieces yesterday on a whim from Karma Co-op. Someone else had a bag, and it caught my eye – an innocent bag of coconut flakes to some. But to me it said…. “make me into a smokey coconut sandwich” – but not actually since then I’d be talking to bags of coconut. One bag of the bigger-than-shredded coconut cost a little over $9, and had around 6 cups worth of coconut flakes in it. Since I’m too lazy to crack open my own coconut, it was especially a steal of a deal. (But I picked up the last bag they had…) There are so many different varieties of Smokey Coconut, Coconut Bacon, Vegan Bacon, Or whatever you want to call it. Here are just a few examples: – The Chubby Vegetarian‘s mini interview with Chef Jesse Kimball – VegWeb’s Simple Coconut Bacon – Vegan Nom Nom’s Vegan Coconut Bacon – Fettle Vegan’s Coconut Bacon (with very very beautiful pictures) – Vegan Good Things – Coconut Bacon But here is what I ended up using for my version of the smokey coconut flakes, and I really really really liked it (and I wasn’t alone). Smokey Coconut Flakes Prep time: 5 min Cook time: 15 min Total time: 20 min Yield: 3 cups of smokey coconut flakes