On our last trip to NYC, we made a point to visit Seasoned Vegan – a soul food vegan spot in Harlem, just north of Central Park. We stopped in for dinner. Service was friendly, the atmosphere was cozy, with bench style seating and tables, pillows, and cool art on the walls. The first thing I noticed was the penny finished floor (check it out!) 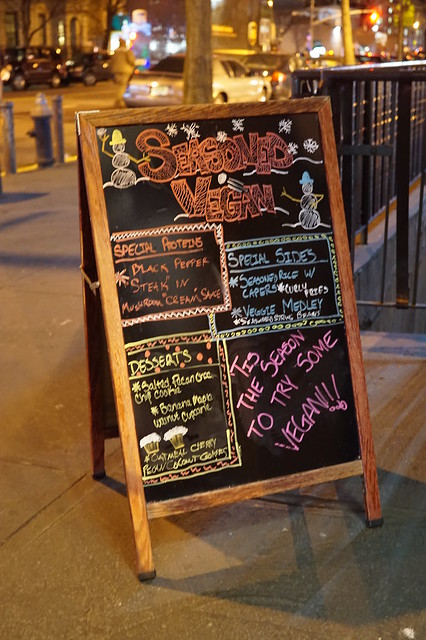 At this point, we had been following their progress for well over a year or so – when we spent a summer month in NYC in 2013 – Seasoned Vegan was just getting ready to open, but things stalled (regulatory things I believe) and it didn’t happen. Fast forward to now – they’re open, and seem to be thriving. The atmosphere was inviting and lively. Boisterous patrons near us were laughing, music was playing, and it smelled wonderful inside.

To start they brought us a side salad to start off with. Lightly seasoned, but with fresh soft and crisp leafy greens (as part of our entree.) 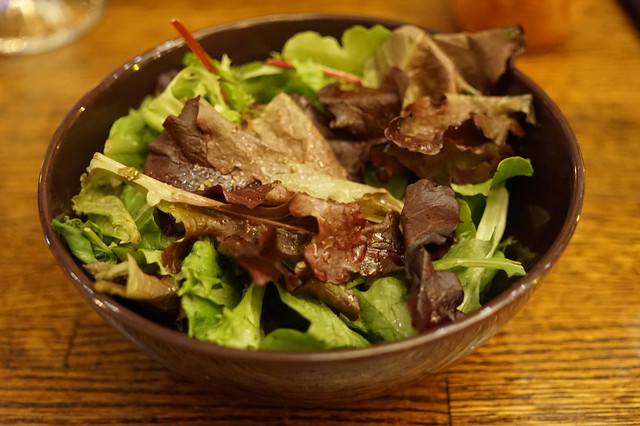 The Lemon Crusted Chicken Nuggets come in two sizes 8, and 20 pieces, and come with two different sauces – Jiggy’s Harlem Renaissauce (which is like a BBQ) and Uptown Tangy (which is more of a sambal mayo). We went with the 20 piece plate with expectation that we would take home some of it later on, but once they got to us, even with planning to take some home, we realized we totally over ordered – the nuggets were much bigger than expected. It was awesome to have them back at the apartment later in the week. 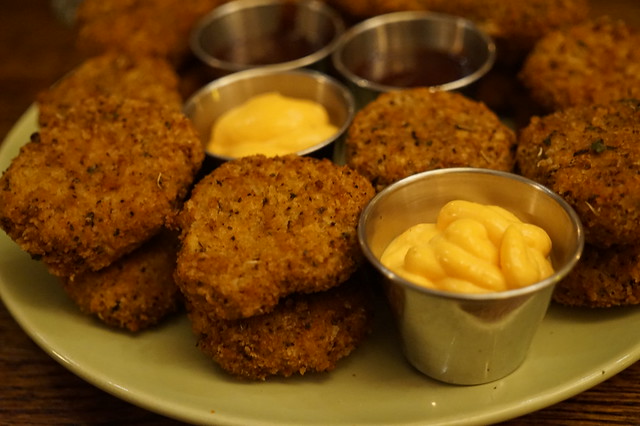 When I saw the “Crawfish” I knew I’d be ordering it. I have no point of reference for crawfish or what it actually tastes like, but this version was made with burdock root, and was infused with a garlic basil sauce. With every entree you get to pick two sides (and you get a side salad) so I opted for the broccoli, since I’d been craving broccoli for most of the week, and the mac and cheese out of curiosity. I’m not nearly as excited about vegan mac and cheese as some folks, but this one was pretty good. It was smooth and creamy, not cheesy, but totally comfort food. The broccoli was seasoned, and cooked, but still firm. Had I known, I would have gone with a double portion of broccoli. 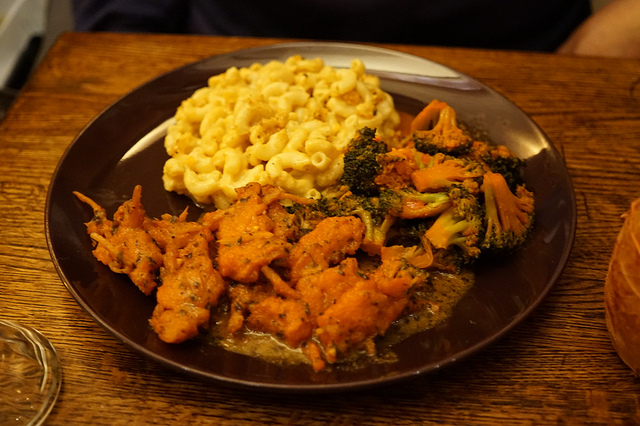 JC order the Special, which is a special daily protein, with two sides and a side salad. 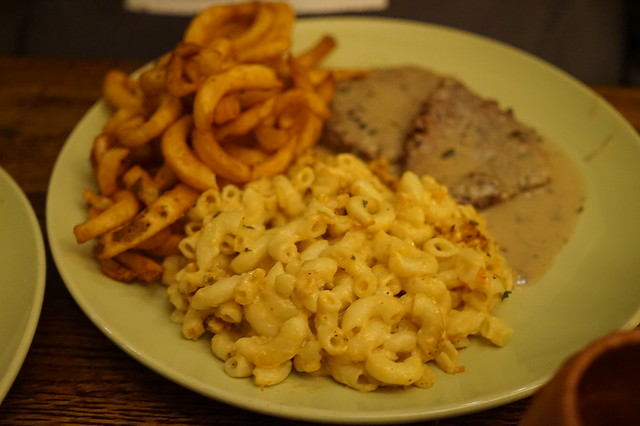 This was the black pepper steak in a mushroom cream sauce, with the special side of the day –  fries and some baked mac and cheese on the side. I know very little about this, and I didn’t try it, but JC seemed to like it! (I also stole some of the very delicious fries from his plate.) 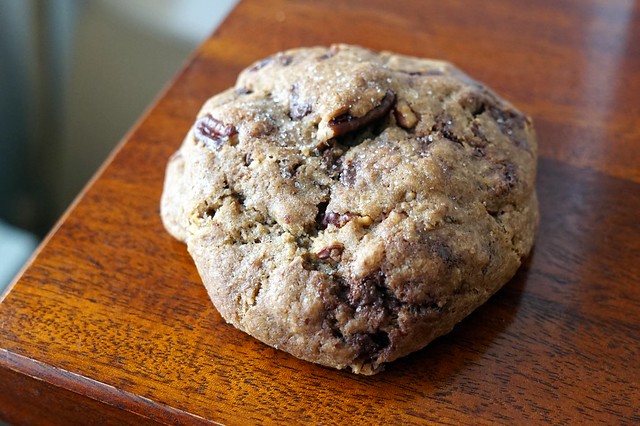 And finally, last but not least – for dessert we had the incredible salted pecan chocolate chip cookie. And afterwards – we got an extra one to go. This is easily one of my favourite cookies of all time, and it triggered an obsession with re-creation in me that rarely happens.

When we got home to Toronto, I had to make it myself. And I got pretty close if I say so myself, but more research is needed. Better yet –  just go to Seasoned Vegan and buy one (or three) from them. I just can’t say enough about how good this cookie is.

Overall – I really enjoyed the whole experience from food to service to general ambiance. People working all seemed happy and friendly, including the folks back in the kitchen. If you’re in NYC, it’s worth making a special trip. Super transit accessible. Go there, go there and tell me about it.