This weekend we went and visited Happily Ever Esther Farm Sanctuary in Campbellville, Ontario. It’s only about an hour and a half west of Toronto, and the drive is quite beautiful (especially because you get to go near the escarpment, and because all the trees are painted with red and gold and green.)

On the way, we stopped in to grab a coffee at Flying Monkey Bike Shop and Coffee Bar. Which is this great little place on the side of the road that is both bike shop AND coffee bar. They have soy milk for espresso drinks and wifi if you want to stop in before your Esther visit (or for any other reason.) 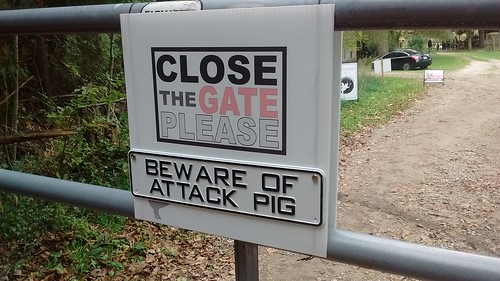 You need to preregister for a tour at Happily Ever Esther and pay/donate $10 per person for admission, which is pretty much the standard rate around Ontario for sanctuaries that charge for tours. Worth it and more. We drove up to the address, and across a narrow bridge, still not quite sure if we were at the right place (our cell phone service doesn’t extend out there either) – but once we started seeing Fairy Pig cards and “beware of attack pig” on the fence, we knew we had made it. 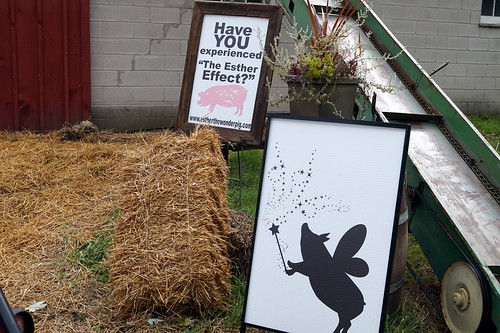 There was a great energy on site when we arrived, people from the earlier tour group were just leaving or wandering around the grounds, the Esther crew were setting up for their totally Sold Out thanksgiving celebration this weekend, and there was a fire going.  We treated ourselves to beverages available by donation before our tour and everyone was super friendly, including a couple really sweet dogs – when I don’t usually get along with dogs (as in I usually find them absolutely terrifying.) This is Reuben, keeping my feet warm while I give him pets. 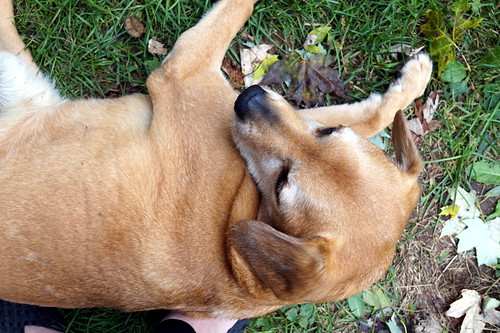 We started at the barn and learned a little bit more about the farmland that surrounded us – many many years ago it was a cattle farm, but had spent the last decade or two relatively empty in various states of abandonment. When they got the land they had a lot of cobwebs to clear out. We got to meet three of the five BIG pigs they have living at the sanctuary right now (they also have a momma and piglets in a separate enclosure.) Including the incredible age-defying 15 year old Bear who has a bit of arthritis, but is otherwise living out his life comfortably with love, fresh hay, and ice tea. 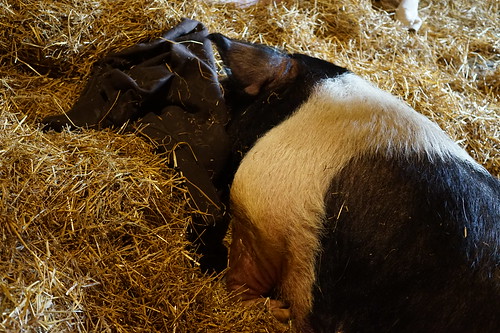 I found the stories of how they are helping vets in their area improve their level of care by asking them to do things they don’t normally get to or expect to do on a farm – notably prolong the lives of animals that are often seen as disposable. I really liked hearing about how they were working with other farm sanctuaries (like Farm Sanctuary in Watkins Glen, NY) and leveraging the experiences of other places and sanctuaries to give their residents the best possible life. 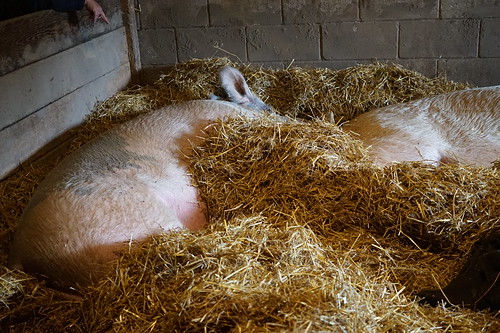 Our two tour guides did a great job of balancing telling sweet stories about the animals, with sharing some more serious facts about what factory farming looks like and what life could have been like for these sweeties if they didn’t find their way to the sanctuary and safety of Happily Ever Esther. I think some sanctuaries can be heavy handed, 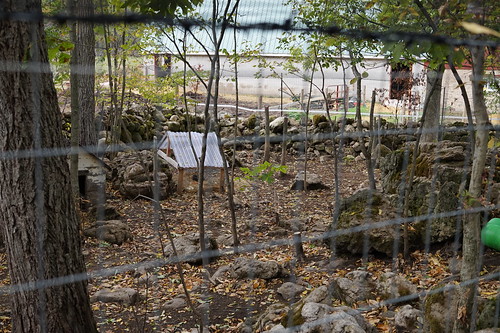 We saw bunnies with a large expanse of land and burrows and little houses as well as a momma pig with her older piglets with lots of land to explore and root in. After the barn there are parts of the tour that get a bit more complicated if you are using any kind of mobility device or wheelchair, but there are several parts that are accessible if you avoid the hilly-rocky areas and go around the barn the other way.

Further along the tour, we got to meet several other animals that live at Happily Ever Esther – including three cows (I’m especially into Pouty Face), sheep, goats, and a donkey (BJ) and a horse (Escalade) that are totally best friends. Eventually, we got to the almost end of the tour, and I got to meet some of my favourite animals – the Chickens. 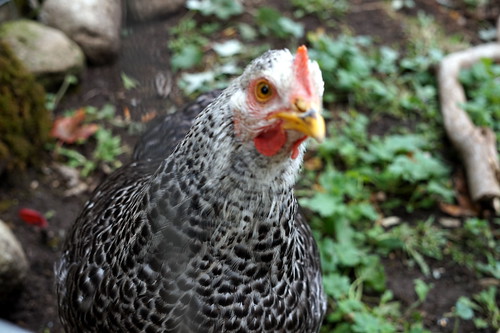 They had a few chickenpals there for me to hang out with, but my favourite chicken, since I always find a favourite chicken, was Mrs. Heisenberg. Mrs Heisenberg hitched a ride over to Happily Ever Esther with a pair of Silkies, and has grown up in the safety of the sanctuary. She was curious, and when I crouched beside their coop, she jumped on a rock to get a better look at me. Sadly, I did not have any watermelon to share with her, but it was fun to see everyone enjoying the fleshy quarters. 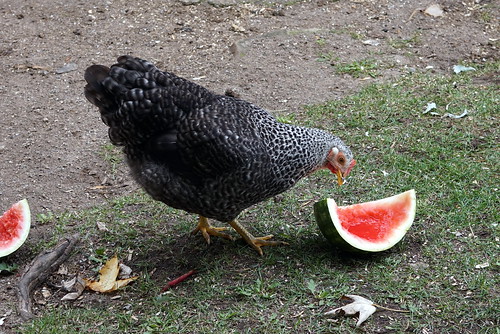 And finally, the Queen P herself showed up – Esther came out of her house, to great her fans, and we got to hear a little bit about her story from her Dads – Steve and Derek. 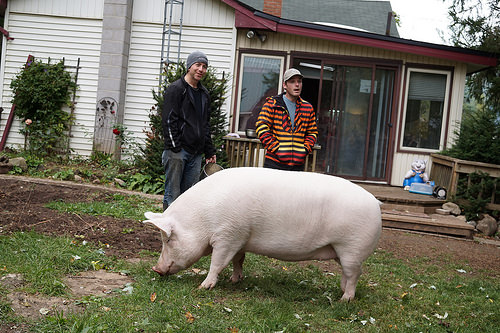 It’s been really incredible to see the impact Esther’s story has had on people, and how they’ve taken having a “minipig” in the city out to creating a farm sanctuary and helping to save more lives, directly and by their good example. We were happy to be able to visit such a nice and growing farm animal sanctuary and meet some of the residents.

Schedule your own tour and pay them a visit!