We bought the Tofurky Ham-Style Roast this weekend for the first time (from the refrigerated section at Metro in Toronto, but it’s available at Whole Foods and Sobey’s locations too) And since I couldn’t find much information about it online, I wanted to share what we thought. This is the first year it’s been available in Canada, so the moment I heard about it, I wanted to try it. 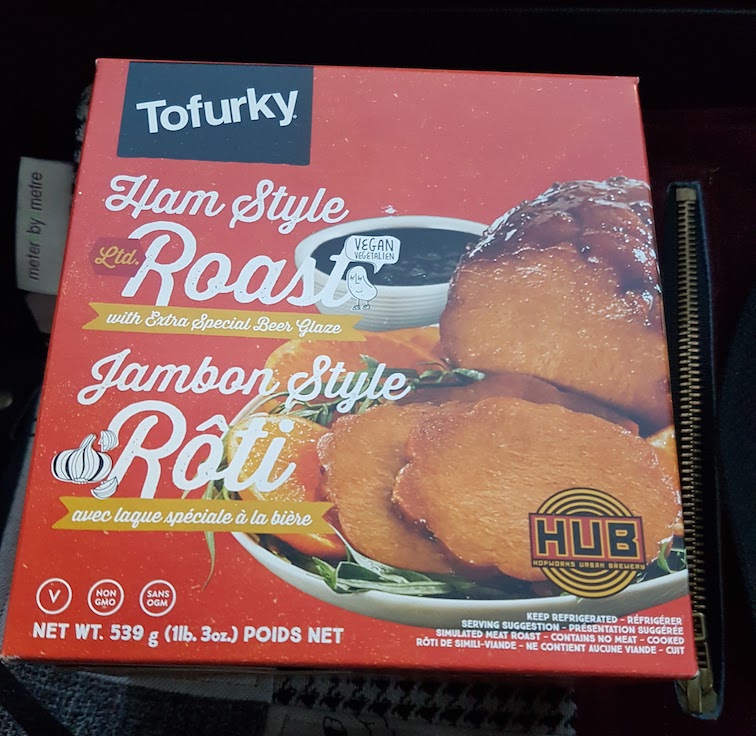 It’s a small seitan based ham that looks visually appealing, and comes with a sweet and tangy beer glaze featuring Hopworks Urban Brewery beer from Oregon. It’s full of flavour and has a vaguely ham-like flavour. If you are familiar with Tofurky roasts, the texture is quite similar – and personally, I liked it, and it complemented our meal quite nicely. 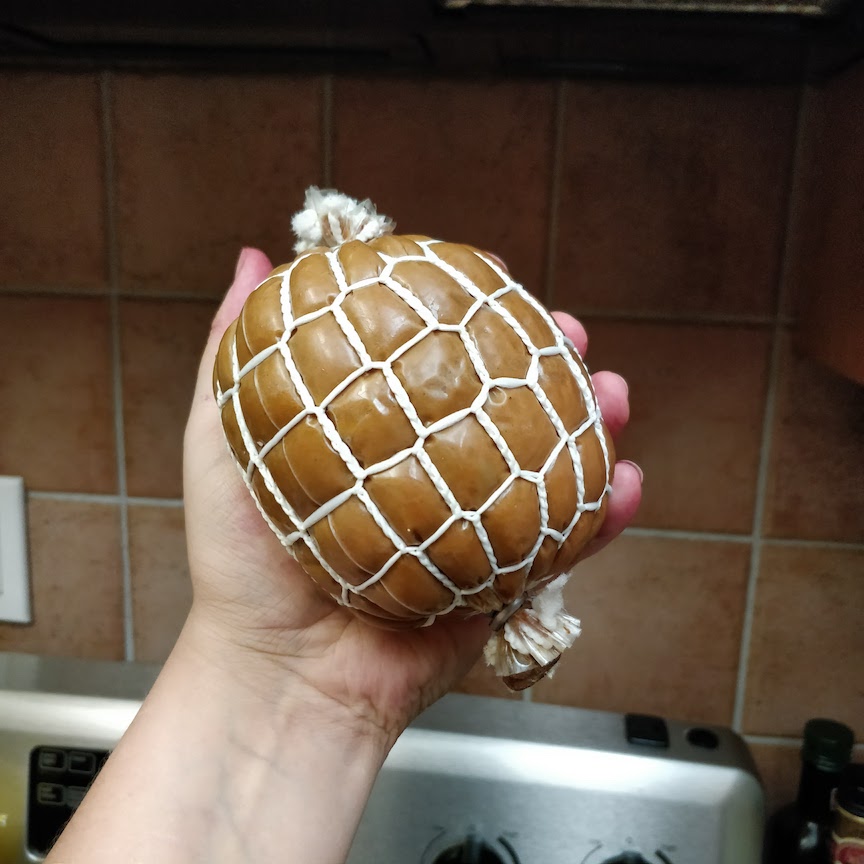 Here you can see it in it’s packaged glory – and my hand for scale. My hands aren’t particularly big, so it’s not huge, but could serve 3-4 people with a nice variety of sides and/or some stuffing.

I did not follow the preparation instructions on the box – we were making a very late dinner, and I didn’t feel like baking it for over an hour, so your experience may vary. But if you wanted to save some time and make it in the Instant Pot like I did, I mostly followed the box instructions on prep – half a cup of water, and based my timing on JL’s Vegan Roast post here. She has some great ideas for making more things simultaneously too.

I thought it was great that they had it in the refrigerated section this year, since normally you have to do more planning ahead to make a Tofurky holiday roast or ham roast – but both were ready to bake.

Instant Pot Instructions
Put half a cup of water in the instant pot, add roast, put on high pressure for 9 minutes, and let the pressure release naturally.

Poured glaze on top of the roast and brought to pressure for 4 minutes. This will result in a tender juicy roast vs a more caramelized glaze, but I really liked the result. The remaining glaze and water mixture at the bottom of the instant pot made for a fantastic quick gravy too. 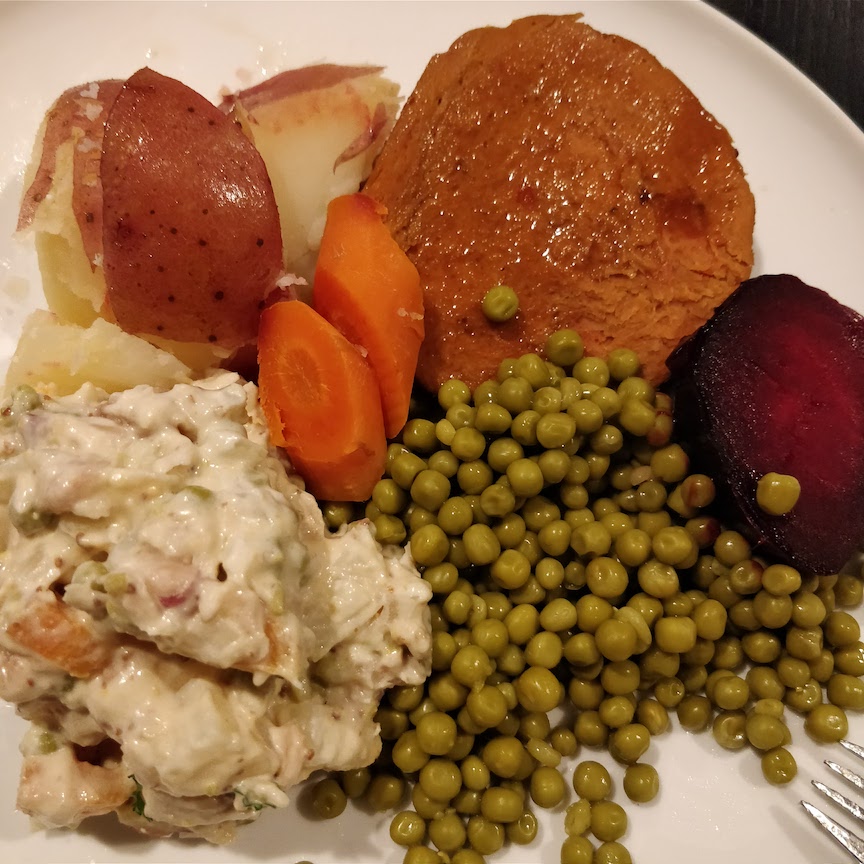 Hope you find this helpful, and let me know what you think of this product if you try it!