We went and visited Happily Ever Esther Farm Sanctuary this weekend, home to the famous Esther the Wonder Pig herself, and on the way back home to Toronto, we stopped over in Oakville to visit Vegebitez, a new vegan and gluten free restaurant.

They’ve been open for a few weeks, and I found out about them though an Oakville local’s instagram account, and it just worked out perfectly that we were planning on being in the neighbourhood anyway. 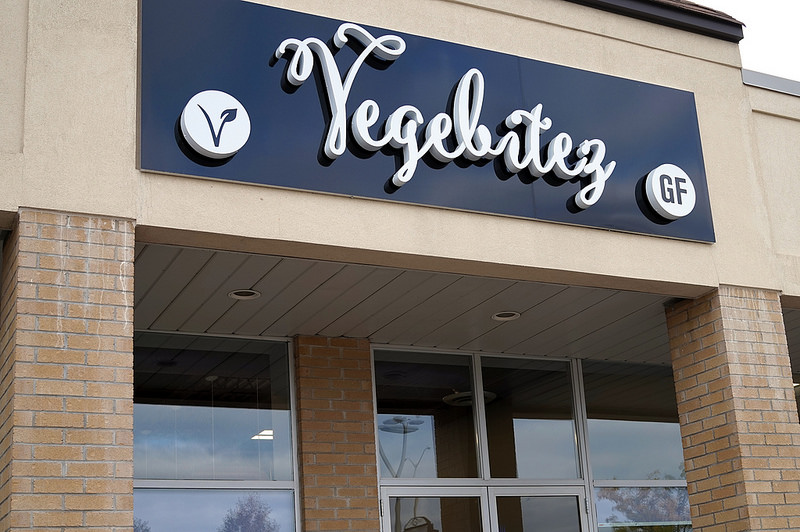 First we had 2 mockshakes, I had the Praline, and JC had the Toffee Nut, mine was the best, but he would disagree. Let’s just say, we both got what we wanted. It’s 20 oz of deliciousness, and you might not want to start your meal with it (save it for later maybe?) But I’m not going to tell you what to do. 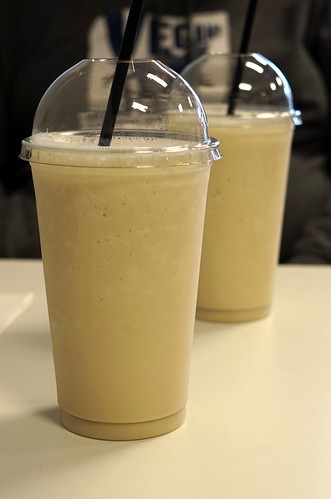 Then we shared a Fritta Pisa – which were sweet corn fritters layered with tempeh ba’cun, topped with red and orange cherry tomatoes, there was some mashed avocado, melty smoked gouda, a slice of lettuce, surrounded with a balsamic drizzle. 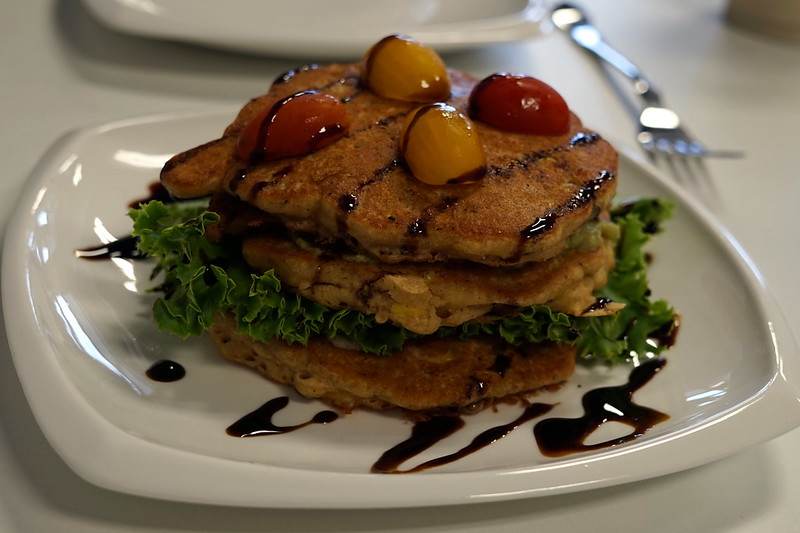 I ordered the Piñata bowl which had a bunch of great stuff in it: Black Beans, sauteed red and yellow bellpeppers, purple onions, mushrooms, corn, shredded lettuce, a side of salsa, some guacamole, a dollup of sour cream, a crispy cheddar cheeze cracker thing with a few ba’cun bits around. On top of a bed of quinoa. Seemed like a winning bowl, but next time I want to try the Gravy Train. Because gravy. 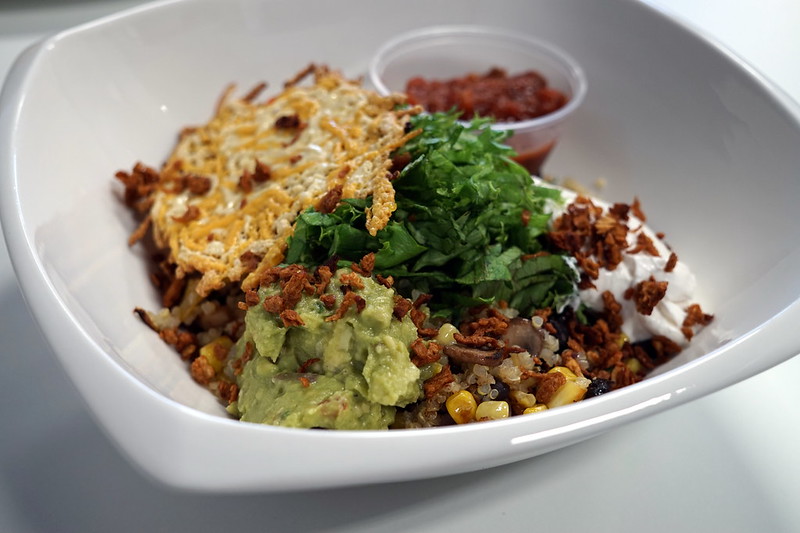 JC had the Goudabello burger and I had a bit, but didn’t really eat it. He seemed to like it. And the bun was way better than my usual experience with gluten free breads, so even if you’re not gluten free (like JC and I are happily gluten-full most of the time, but it didn’t matter: Good food is good food.) it’s worth checking it out.

We had a nice time, and it’s only a first peek at a new vegan option in the Oakville area.

There are two gender neutral restrooms in the back behind a sliding door. Both have grab bars, but one is wider and has a sign designating it for wheelchairs. Outside on the way out, I noticed the strip mall/commons location has a ramp type thing on the far left side (facing the restaurant) which is closest to Vegebitez. The exterior door is not powered, but the double doors would likely be wide enough to drive in a Fiat, so a wheelchair or scooter would likely have no trouble.