We decided to check out Dar Nabati‘s soft open today in downtown Oakville. It was just a nice day for a drive, and where better to go than a new vegan spot opening up in the area. Their grand opening is happening on April 27th, 2018, so pay them a visit if you can. (p.s. they will also be open for a sneak preview tomorrow, April 22nd, 2018.) 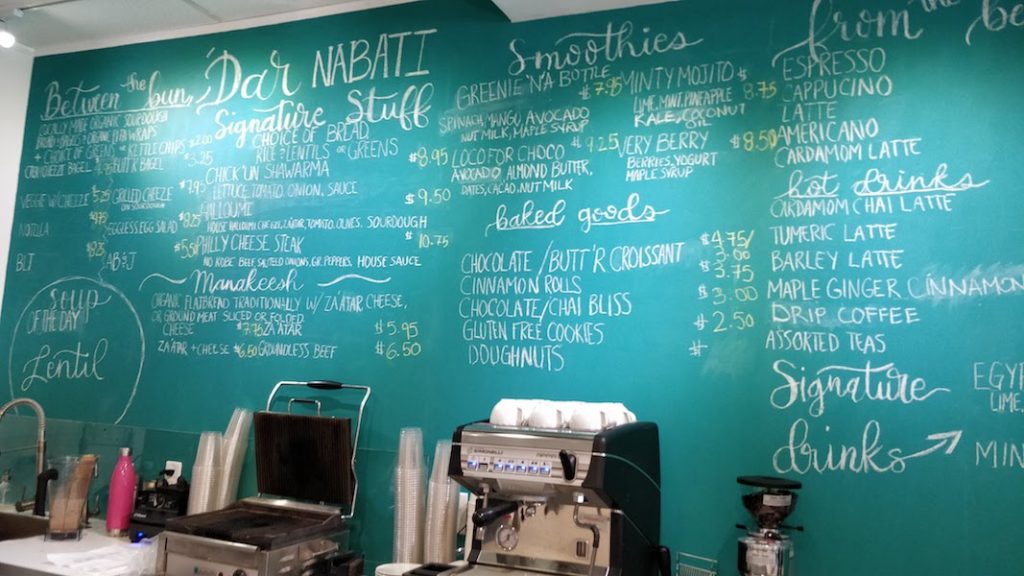 So what is Dar Nabiti? Dar (دار) Nabati (نباتي) is open to some interpretation, but it’s something in the space of Plant based/vegan/vegetarian. It is a plant based cafe, with a middle eastern twist, so you will see wonderful things like shwarma, manakeesh, halloumi, bowls, and egg salad sandwiches, croissants, cinnamon buns, and more, but obviously all vegan. 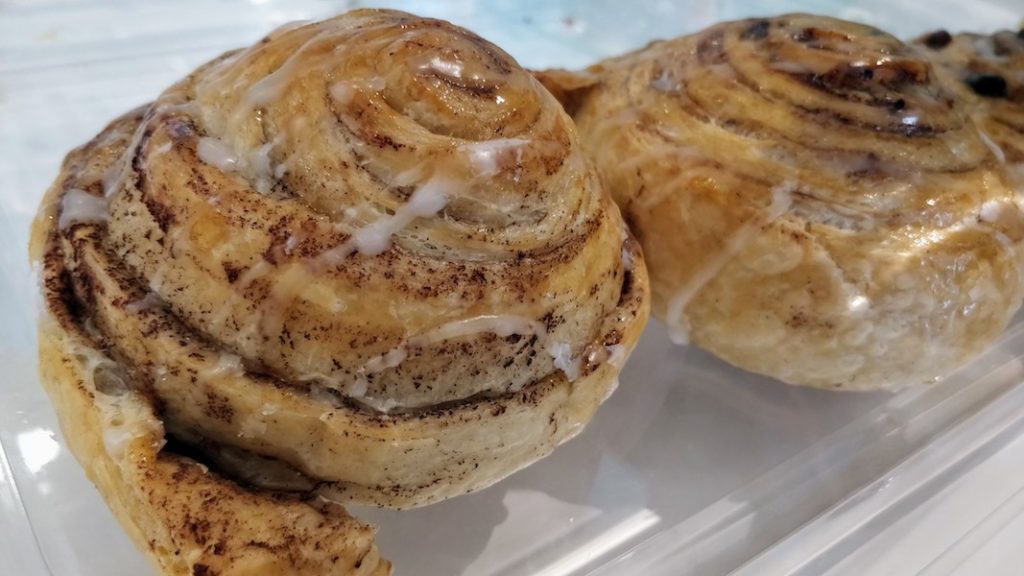 The space is super nice and cozy, with plants, and a really peaceful colour scheme. There are high tables and low tables, several fridges just waiting to be filled up for their grand opening, and some ethical body and home care goods.

It was great to see one of my favourites – Just the Goods – there, because they make some wonderfully thoughtful and ethical vegan body stuff. They also had Spiffy Naturals candles and cleaning supplies and Sade Baron body care stuff so far!

So what did we have? 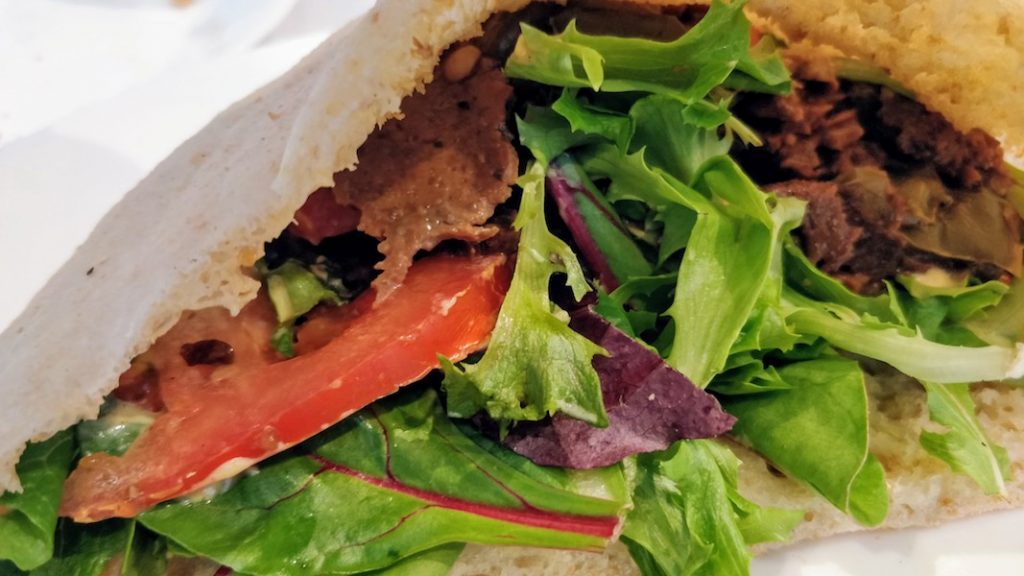 Ugh, this was so good. 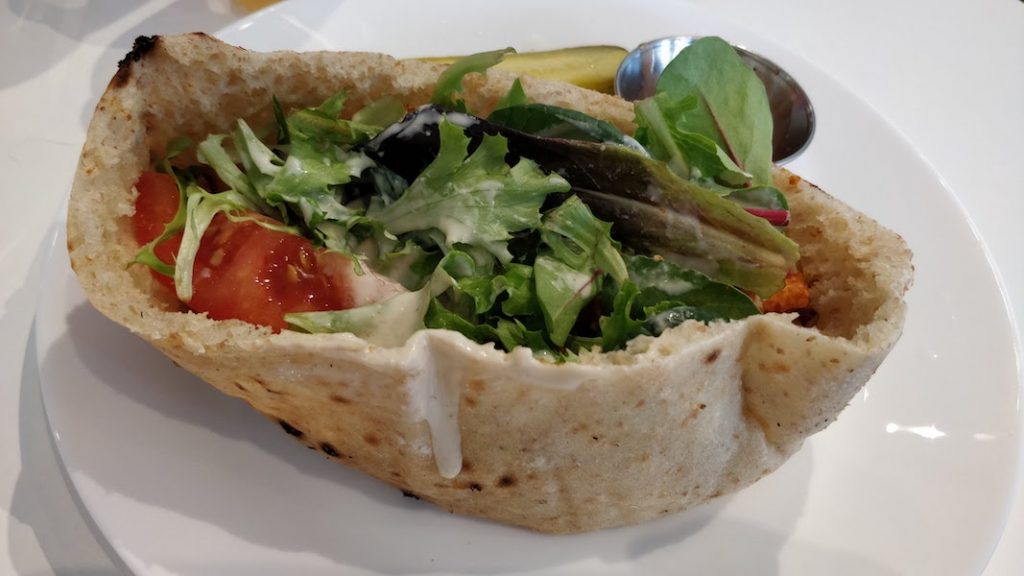 (you can also get sides, but we just didn’t – but they did come with pickles which is basically just excellent anyway.)

My son loved enjoyed more bites of these cookies than any other cookies he’s eaten (there haven’t been many), so these were a winner!

We also tried one of their smoothies and a couple of tasty vibe kombuchas. AND I got a soy latte to go which was also excellent. So what I’m saying is check them out, and see what’s cooking in Oakville.

Also, look at this beautiful harbour. Go see it. It felt like a nice place to hang out today. 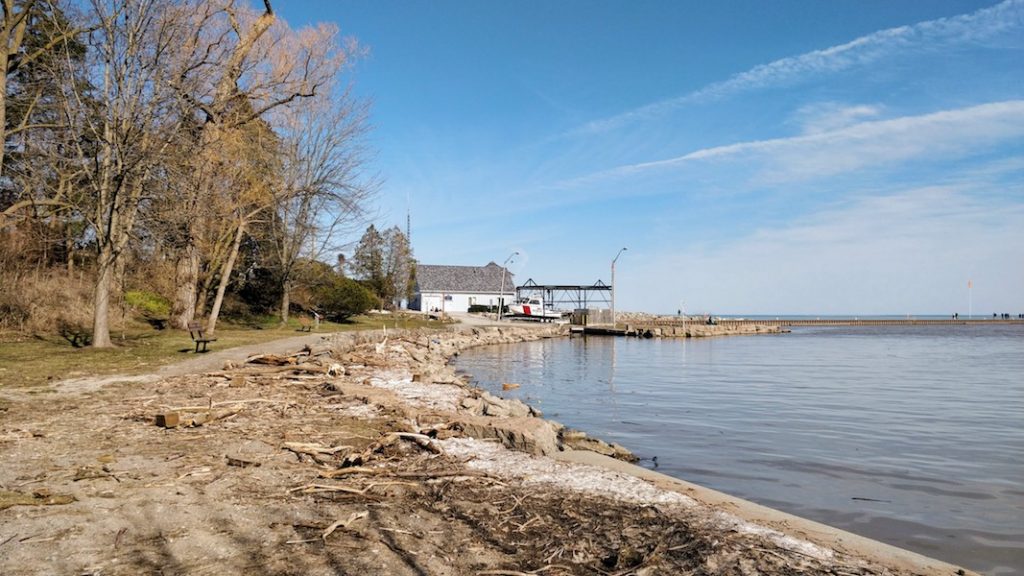 p.s. they were super nice to my son, and that is a pretty easy way to get in my heart, but this post is still fair and true. 🙂