After we got our car serviced for the first time – since we finally hit our first 8000 kms, over half of which was done on our road trip and ate breakfast at Cora’s with my parents, we hit the road.

I’m continuing my series of posts from our Summer Roadtrip in 2014, you can see some of the past & present posts on this lovely map on Pinterest, or just click on the Roadtrip 2014 tag

Despite what you may think, and sometimes now living in Ontario, I get to hear all the misconceptions from people that have never even visited (or have only been to one city) – Alberta is a beautiful province. You can go from river valleys, to mountains, to deserts with cacti, to parks, and glaciers, and more, and we drove through so much of that in the span of a few days.

Drumheller is approximately 3 hours away from Edmonton (and just under 300km), and we (kids that lived in Edmonton) would occasionally bus down there on school trips. It’s also a family friendly road trip destination, so I’ve been there a few times before (especially when paired up with a trip to Calgary or Banff.) This was the first time JC had been to the Royal Tyrrell Museum, so I was looking forward to showing him around and exploring the museum together. 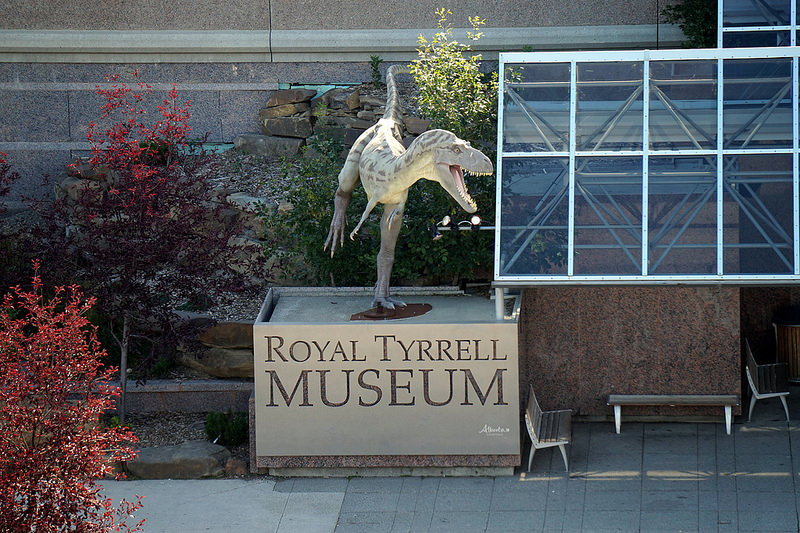 The Royal Tyrrell Museum is Canada’s only museum dedicated to the science of palaeontology and houses one of the world’s largest displays of dinosaurs, and has sights and educational exhibits appropriate for various ages and abilities. We’re lucky here in Toronto, as the Royal Ontario Museum has a pretty sizable paleontological collection – but it’s still not as huge as the one at the Tyrrell Museum.

The area surrounding the museum has wonderful trails through the Badlands and scenery (and ground squirrels), and it was so nice to visit again. There is a long high staircase to get up to a look out point, where you can

Once you get inside the museum it’s arranged through clearly defined timelines, so you’ll walk through “portals” to enter certain time periods and the fossils and information from that era, which is super fun, and lets you play make-believe that you’re visiting different time periods (if you do that sort of thing – since I sure did, with sound effects you might expect.) 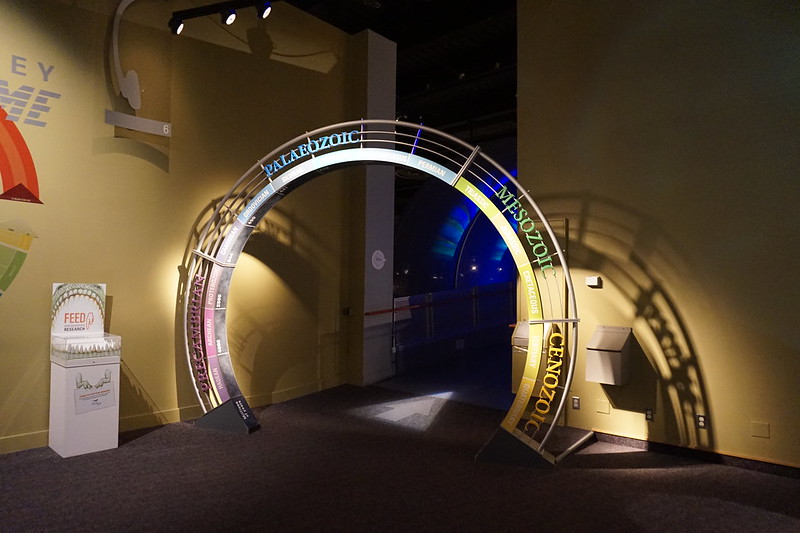 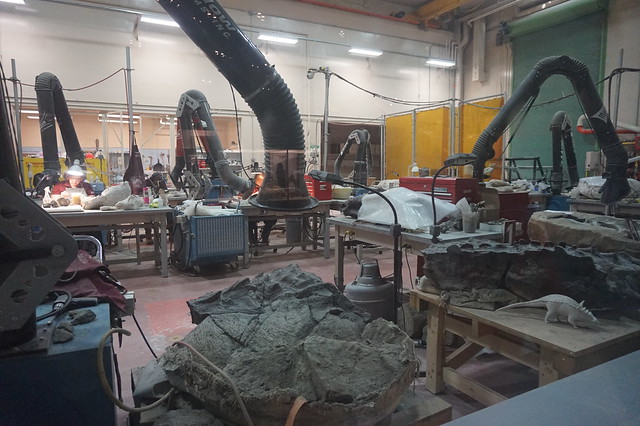 I liked the blend of informative exhibits, large reconstructive pieces, and tactile fossil displays. There were incredible rooms with immersive exhibits that give you an idea of what the world looked like in the Cretaceous period, with an exhibit focused on the fossils found in Alberta from that period, an exploration from the Carboniferous period up to the Permian period (during which a mass extinction event happened) – and one of my favourite exhibits, the colourful and interactive room displaying (simulated) animals from the Burgess Shale (which I took zero pictures of – but thankfully, someone else took a video of going through the exhibit.)

I did not like the live animal tanks where people disregarded the “no flash,” “no tapping” and no being a jerk signs – and that nearby staff did not enforce the rules. So I did. Before we left, I filled out an angry comment card talking about how much I loved the museum in general and about how much I hated the small, but sad, exhibit. I didn’t hear back about it, so I don’t know if anything has changed. But I do hope people are kinder to these animals. Also can we just agree that flash is almost always the worst. 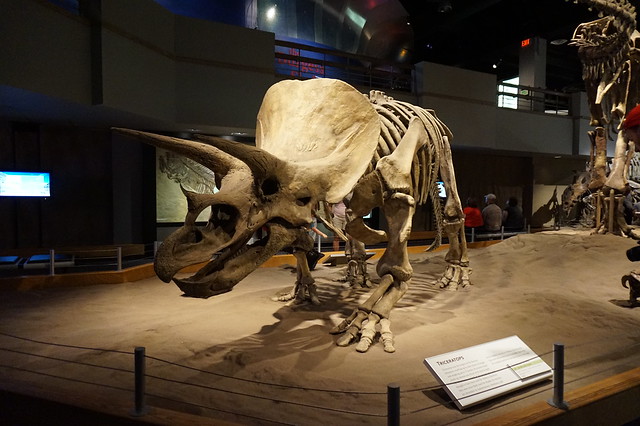 And since I haven’t mentioned food at all in this post – we did sit in the museum cafeteria for a while eating fries, drinking water and black coffee and watching squirrels stealthily run into the outside patio grabbing leftovers. But they did have a veggie burger available on the menu (but I didn’t ask about it so I don’t know if it’s also vegan) and lots of free water (which I took advantage of, because it was hot hot hot outside.)

I took a bunch more photos, and too many to share, but there are a few more here on flickr if you wanted to look at more dinosaurs and sedimentary rock formations.

Next stop would be a night and a day in Calgary before heading off to Vulcan, AB,  a UNESCO world heritage site, and a series of beautiful National Parks.