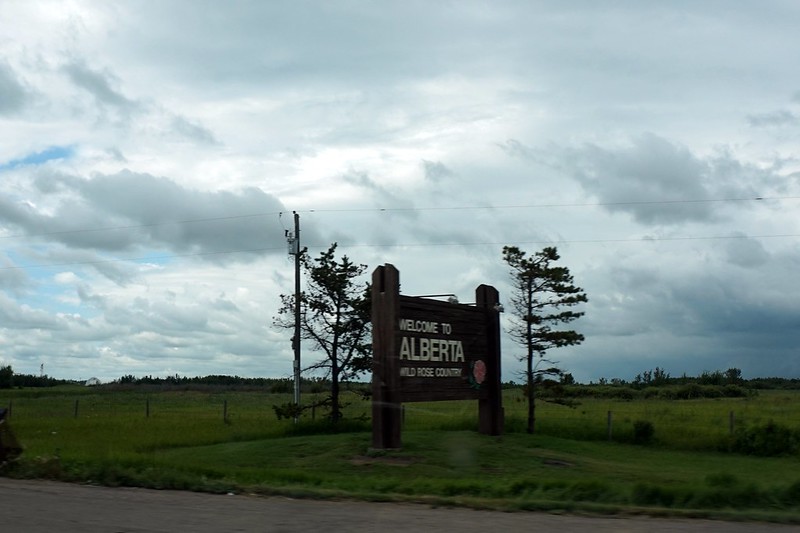 I’ve been eagerly awaiting the arrival in Edmonton on the Summer Roadtrip recap. Because I want to add to my roadtrip recap posts with some of the other lovely spots I managed to visit on a more recent Edmonton visit (last month.) 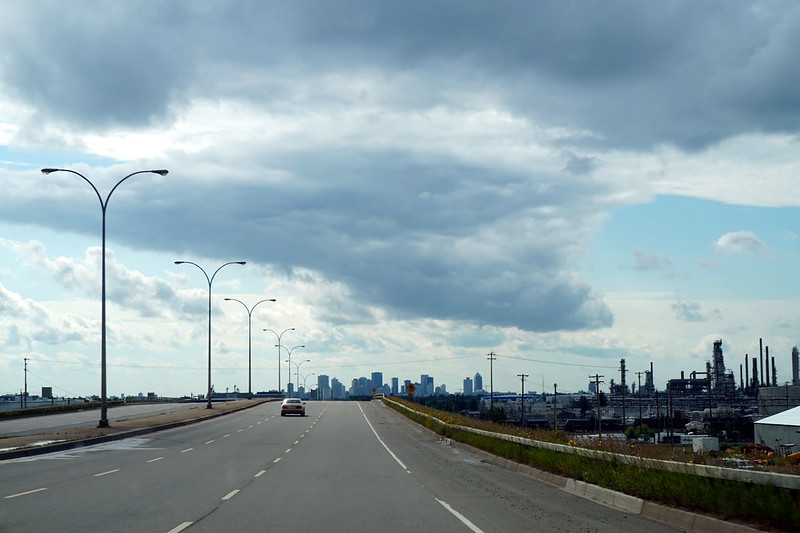 After we left Lloydminster, the drive went by quickly, and as we passed through Refinery Row (a concentration of oil refineries in west Sherwood Park,in Strathcona County just east of Edmonton) it was like there was a sign up that said “Welcome to Alberta” (which of course there was, but just shortly outside of Lloydminster) and oddly enough – a sense of arriving home. The Edmonton cityscape is still one of my favourites, with the Hotel MacDonald perched on the edge of the beautiful river valley, and the variety of buildings downtown, so driving into the city, even from a distance, is still familiar and comforting.

I realized at some point that whenever I would leave Toronto, and come back, I’d get that same sense of comfort and “home” when I saw the CN Tower poking up from my highway vantage point. I have three homes in my heart, and the first one is Edmonton.

First stop was checking into our hotel downtown (The Coast Terrace Inn), we had arrived just before the new downtown location of Earth’s General Store (EGS) was to open – conveniently on the other side of where we were staying.  EGS was at one time was a totally meat-free Edmonton grocery store (since we were there, the downtown grocery store has started to include pseudo cuddle meat because unfortunately it sounds like it’s struggling financially – though I believe the other location (on Whyte Avenue) remains meatless.)

While we were in the city, we did end up making it to the opening day of Earth’s General Store Downtown, and I was hopeful they’d do well. It was a nice big open space, with lots of room for deli items, and nice shelves. I liked the wide aisles and the diversity of products on their opening day.

Of course I’m here. Congratulations to #edmonton for their new old #vegan #vegetarian store – Earths General Store has a new location right downtown. Wishing #EGS continued success. #yeg #yegveg #vegyeg you always make me so happy to come back and see the new and exciting things you’re up to. #Alberta

Downtown Edmonton was calm in the usual way it exists on the weekend, things always get busier during the week when offices are open, and people are running around and lingering after work. We had arrived too late in the day to take in the 104th Street Market aka The City Market (which I usually make a special point of visiting) but we wandered around the downtown core a little and mostly stayed at the hotel relaxing and zoning out in front of the television.

The next day would be a bit more action packed. More soon!