Things I Love Thursday – Cats, Having the Right Name on Envelopes, Zevia, etc.

I’ve been having a very good week this week. And probably last week too.

It’s one of those weeks where things are going so great, and I felt so positive and optimistic, that I simultaneously felt myself bracing for something bad to happen.

So, yesterday, something sort of bad did happen. Our newest rescue cat, Marmie, escaped from our front door. We’ve had Marmie in our house since sometime in October, before JC and I got married. Initially she was feral, initially we were just fostering her briefly for a friend, initially we weren’t sure if she would be sticking around. But at some point along the way, she warmed up to us, and we warmed up to her, so the arrangement became more permanent.

So now, yesterday she escaped for the second time. And this time all blame was firmly planted on me, which might be worse than feeling mad at someone else. I hadn’t locked the door & the wind blew the door open, Marmie took her chance, and left before I could do anything.

I spent at least an hour afterwards beating myself up over it. It was one of those terrible cycles of should haves and would haves that aren’t constructive at all, and it wasn’t going to bring Marmie back home to me. Once I realized it wasn’t a very constructive cycle and wasn’t going to solve anything, I shut it down and tried to spend the rest my day as normally as possible.

On the bright side, as Wednesday turned into Thursday she reappeared near the house. Two insistent golden eyes met mine when I looked out the front door window in hopes of seeing her. But did she run towards the door? Or to me? No. She ran under a neighbouring car, and mewed at me.

I wiggled my fingers and coaxed her out, and then grabbed her and took her back inside, while she purred and nuzzled against my chin. So on the top of Things I Love Thursday – I love that Marmie came home. 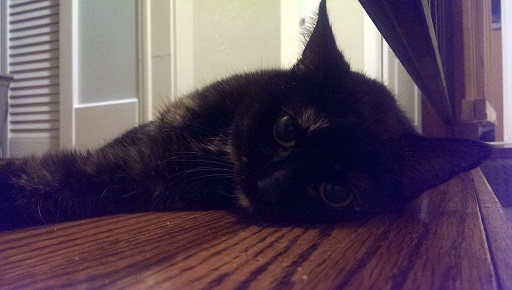 We’re planning on setting up an outdoor enclosure (I’ve just been calling it a catio) so the cats can enjoy going outside, without putting themselves in danger, but that might be a project for Summer 2015.

The response to the Vegan Bake Sale.

It seemed casual enough, let’s throw a vegan bake sale during the Worldwide Vegan Bakesale and raise some money for my favourite farm animal sanctuary – Cedar Row Farm Sanctuary. But I’ve been really excited about all the people reaching out to help, or just saying I CAN GO TO THIS.

So if you can join in, please do. Feel free to send me an email if you want to bake! 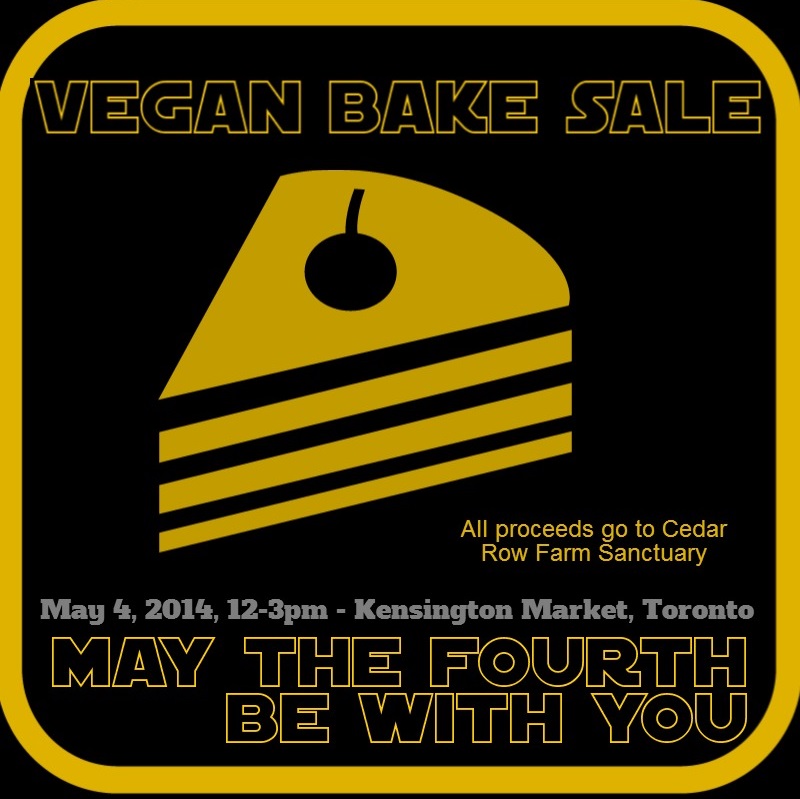 I plan to stay on theme and dress up like a Star Wars character while holding down the fort.

Having my name on envelopes.

JC and I kept our names after we got married, but the assumptions that I changed my name have been kind of chipping away at me. But people have started actually using my first and last name, the names I’ve always had, and I’ve been getting better at correcting people that don’t quite get that making assumptions doesn’t always work these days.

Finding vegan stuff around the city.

Since we’re actually experiencing spring, I’ve been getting out from behind the computer a bit more and exploring a few neighbourhoods around the city.

Yesterday I went to the Junction and found a bunch of great stuff, first with a quick stop at Bunner’s Bake Shop for some Cream Filled Chocolate Eggs. 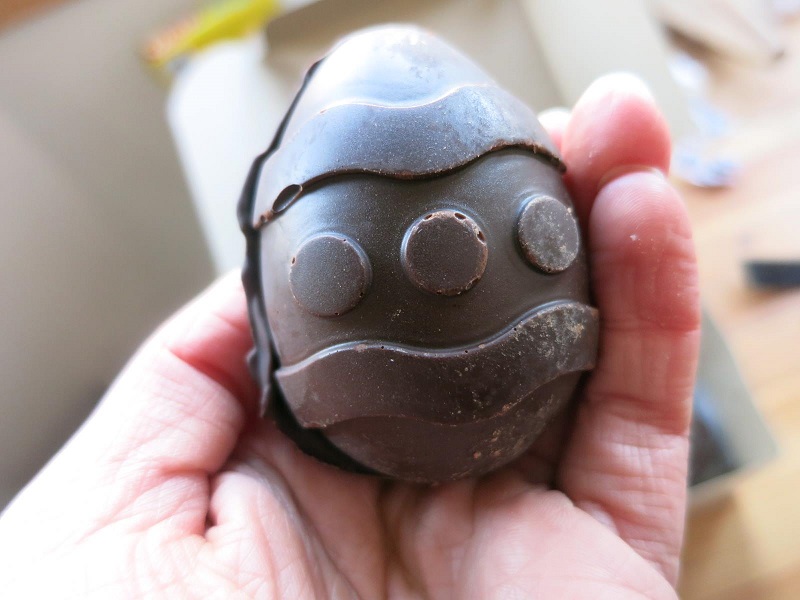 Since I was in the neighbourhood, I popped over to The Sweet Potato, to check out some of the things they had available – some standouts included Live on Chocolate Bunnies and Coconut Cream Eggs. 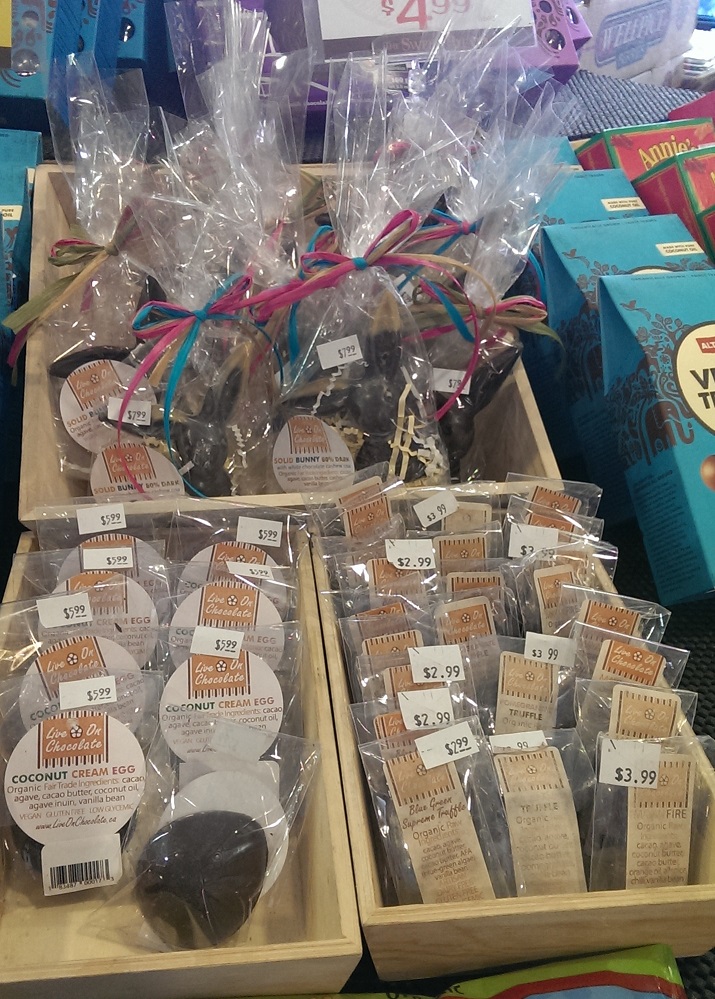 The Sweet Potato also has Phoney Baloney’s Vegan Smoky Coconut Bacon. (which previously I’ve only seen at The Low Carb store in Markham in Canada – since they are the exclusive Canadian distributor) 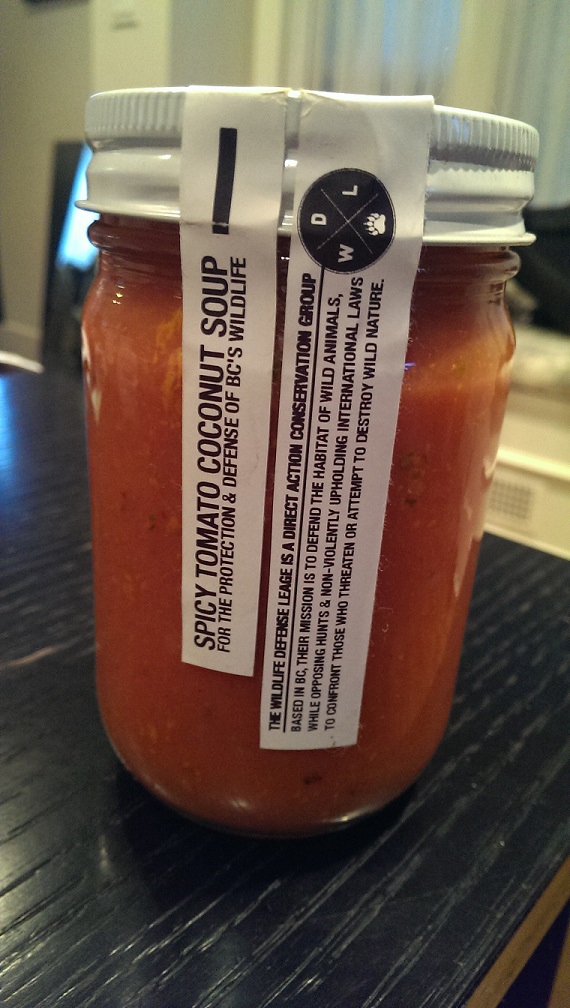 In food news today I went over to ApieCalypse Now! with a friend and wanted to get all the things. The fridge that was broken last week, was no longer broken and was full of stuff. Stuff like cookie butter, ranch dressing, ceasar dressing, dark chocolate sauce, and so much more. AND there was a new a new Support Soup, – this spicy tomato coconut soup this time raising money for the Wildlife Defence League out of British Columbia – you can learn more about them from their website, or from this interview with Because We Must.

This TILT is going out in the style of better late than never. And I hope you have had a lovely week and Thursday too! <3