It’s getting cold outside, which also means it’s getting cold in the house. Emmie cat has gotten snugglier, and so have I, especially in my resistance to turn on the heat until at least the end of October. I don’t think that’s going to happen. It’s also time where I realize I don’t own any long pants, but that’s a whole other thing entirely.

As a result of being cold, I spent the day thinking about baking bread or bagels or cake or something, just for the brief wall of heat that results, and because there is something really satisfying about kneading dough. I feel as though after a few years being sort of a decent baker, I’ve really stepped up my game, and gone beyond that to some intuitive level of baking.

So I started looking for bagel recipes and instead ended up making apple cinnamon stuffed maple challah. I think that really worked out for the better. It was a little sweet, and full of local Ontario apples. This was inspired by The Shiksa’s Apple Honey Challah (not vegan at all) blended with past challah making experience. This apple cinnamon challah is gone. It has been eaten by two hungry vegan folk. Luckily… I made two loaves so we have some for tomorrow too!

Now on to the bad news.

My dear old camera has died. It’s gone on trips across Canada, across the  USA. I bought it along on my Toronto Vacation (that I’m still on…) and it’s been with me constantly ever since. Thousands of photos this camera has taken. It’s taken pictures that were published, framed, trashed, or shared. It’s taken pictures that I will cherish.  This is the camera that in my hand taking pictures of the New York city skyline as JC proposed. 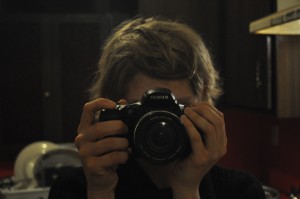 Farewell good buddy. You’ll make a great paperweight, because I certainly can’t bear to recycle you. At least not yet.