Home survey Vegan MoFo: Biting off more than I can chew this week.

Vegan MoFo: Biting off more than I can chew this week.

Whelp. I’ve slacked off on my posting lately. Somehow two jobs seemed like a good idea at the time. 🙂

What’s your favorite spice or spice blend?
I like mixing my own blend of whatever, but I think if it was down to deciding on one, it would be cinnamon. Perfect for both savory and sweet dishes!

You have $20 to spend on fresh groceries and produce for the whole week (with a fairly well stocked pantry of dry goods, legumes, grains, and spices). what do you buy?
Okra, Kale, 2 cartons of soy milk, chocolate sauce, extra firm tofu, apples, bananas, tomatos, mushrooms, carrots and potatoes. What’s your favorite way to make tofu?
Fried and battered in quinoa any kind of vegan cake

If you could make anyone vegan, who would it be?

I don’t like the idea of making anyone do anything really.

If you could only read one other vegan blog, what would it be?

That’s WAY too hard. How about everyone on the MoFo feed…

Were you always interested in cooking, or did veganism change the way you saw and interacted with food?

I was always interested in food and food prep. I liked experimenting with flavours and trying new things. I went vegan fairly early in life so I don’t know what I would have done had I been on my own for a while as an omnivore.

Excluding analogues, what new things have you tried that you probably wouldn’t have as an omni?

What is the one vegan staple that everyone seems to love, but you can’t get behind?

What was your first “wow, I’m such a stereotypical vegan” moment?

Someone asked me how to prepare something while I was in line at the grocery store, and it didn’t even occur to me to say anything other than mixing it with other vegetables.

What would you like to veganize, but haven’t yet?
I’m not sure, I’ve been into creating unique dishes that aren’t really based on anything 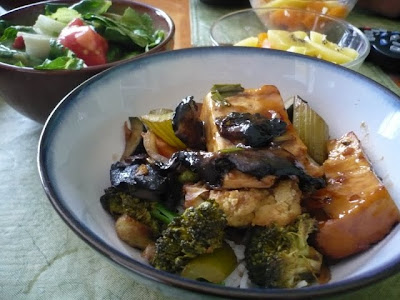 I’m a simple girl. I like my glass bowls and a good heavy set of dining utensils.

Oh there have been some horrible creations from my kitchen. I think the worst time were the muffins I baked where I forgot to add baking powder. What a disaster. Terrible texture AND flavour.

What question about being vegan do you HATE answering?
“Where do you get your protein?”

If you could tell the world one thing about vegans, what would it be?
Some of us are awesome.

What is a family recipe you have veganized?
Entire Traditional Polish Xmas. Is there something you wish you could veganize, but can’t/couldn’t?
not a thing

Favorite ways to prepare tofu, seitan, tempeh, any other vegan proteins?
Battered and fried. As crispy as possible.

Are your pets vegan? if so, what do you feed them? tell us about having vegan furbabies!
I have no pets!

Favorite non-dairy milk?
I think that might be So Nice right now. Their original flavour is really hitting the spot. But I really enjoy the special falvours that come out during the holidays like peppermint chocolate and egg nog. Or just chocolate milk of any (non-dairy) variety. 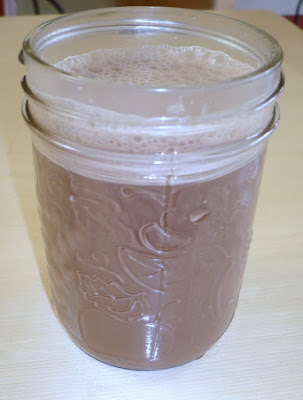 What’s one “vegan myth” you’d like to squash?
You don’t have to be an extremist, or give up things that are amazingly delicious just because you go vegan. Heck, you don’t even have to like vegetables all that much. It’s not that hard. It’s also not all about being “healthy” you can definitely go that route, but that doesn’t have to be part of following a vegan diet.