Last week it snowed heavily, or as heavy as it gets in Toronto, so I went out there with my (well – JC’s) trusty blue shovel and got to work first with our sidewalk and walkway, and then I move on to some of the rest of the neighbourhood or whatever I have time for that day.

You see, I like shovelling. I like winter. I like snow. I like when people are able to walk or move along the sidewalk with ease. But after shovelling for around three or four hours, and working my way back to my house, one of my unfortunately nearby neighbours came out of his house and told me I was wasting my time and that the city would take care of it.

It took me a second to even comprehend what he was saying. Maybe it was exhaustion, but I just felt fucking awful. I walked home dejected, after feeling pretty happy getting the sidewalk near Sorauren park cleared off and a far-away friend had told me about a less mobile friend that could use some de-snowing, and then I could just walk around shovelling people’s front sidewalks that hadn’t been done yet. But here I was feeling choked up over this jerk, who probably was just trying to save me the trouble, but instead made me feel like a stupid chump that then felt even dumber for going home and crying about it.

It was like I was in kindergarten and I had built a nice castle or space ship out of blocks and some mean kid decided to stomp all over it. I’ve been thinking about this for just over a week, and I still don’t understand why someone would stop someone from shovelling their walkway. Like… aren’t open sidewalks better for everyone? I wasn’t doing it for him.

I was trying to do it for the neighbourhood, and for all of us pedestrian chumps walking around. But now, I probably wont do his sidewalk in the future. And part of my community spirit has clearly died. Congratulations neighbour. Not much of a Things I love Thursday post, but it does fit into the typical navel gazing theme, so there’s that.

Here is the TORONTO MUNICIPAL CODE CHAPTER 719, SNOW AND ICE REMOVAL 719-1  which is a three page document full of exciting things like how long Torontonian’s have to clear their walkway after the snow starts falling and that some people are exempt.

“Every owner or occupant of any building must, within 12 hours after any fall of snow, rain or hail has ceased, clear away and completely remove snow and ice from any sidewalk on any highway in front of, alongside or at the rear of the building.”

In brighter news, after a year or so of living in the new house I’ve found a nearby managed feral cat/community cat colony to help out with. I’m hoping to get the chance to take some snowy feral cat pictures on one of my feeding days, but we’ll see how that works out. It’s just so nice to know there are so many people in this city trying to help make things better.

Some additional resources in Toronto:

In unrelated news, hot chocolate and earl grey tea are my favourite winter comfort drinks. A nice mug, with a book, and a cat or two, and I’m in heaven. If JC happens to be a home, we finally figured out a good me-reading him-computering position on the couch, so it can feel more like we’re hanging out, when we’re actually doing completely disparate things.

Even more, I like when my fancy hot chocolate and earl grey tea that I use for comfort are made by responsible companies that seem to care about ethical production.

I finished reading our next vegan book club book (Under the Skin) in record time (as in, before the day before our meeting), mostly because I was doing a bunch of subway trips and attempting not to check my phone every 5 minutes and it sucked me into the plot. I spent part of my Saturday at Bloomers eating lunch, meeting friends for coffee, and reading the book until it was done. It also helped me realize that I don’t really read fiction very often, and I should really try to read more books I can escape into for a while. 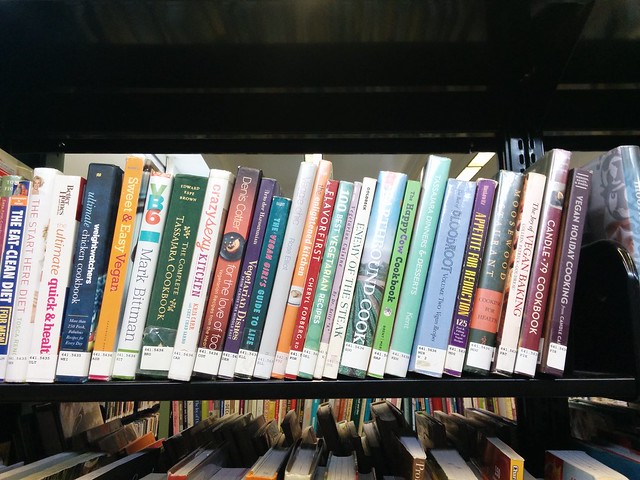 Conveniently, I renewed my Library Card yesterday. I went into the Parkdale branch, and got a card – a permanent card this time,  and took out five books. It’s been a while since I felt the same wonder and excitement walking into a library, but yesterday was that day. I’m not sure if it’s just because it had been so long since I last stepped foot in a library and have been buying books instead either paper or electronic, but it was amazing to be able to pick up so many books for free.

They have this incredible foreign language book section, with ample selections in Polish and other languages. But what I really enjoyed was the mix of children’s and young adult level stuff – I’m trying to work on reading more in Polish, but while I can read the news or higher level stuff, I can feel the strain of it – so instead, I’m approaching it the same way someone learning a language or learning to read in the first place might – early years books.

This video from this Hour has 22 Minutes started some kind of obsession with Puffins, specifically Atlantic ones, but I’m not particular.

So please feel free to vote for the Puffin as Canada’s National Bird. 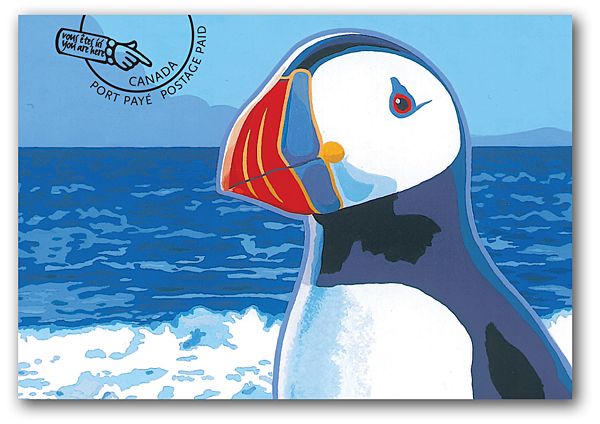 And I found out that Canada Post has prepaid puffin postcards. Which soon I’ll have to acquire.

When I was at the West End Food Coop this week, I saw that they had Barbara’s Bakery Puffin Cereal. Which I bought a box of. Because there was a Puffin on it. I guess I’m a wee bit obsessed. I also started to put together a pinterest board. 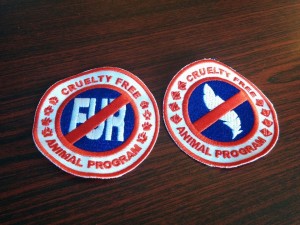 I went to Bloomers today after a meeting in the area, and someone walked in wearing these amazing patches on their jacket. So I went up to her and complimented them.

WELL, it turns out she made a whole bunch, and you can get your very own set at Bloomers. Just ask them for some.

Plus get a bowl of their new mac & cheese because it’s pretty fantastic. 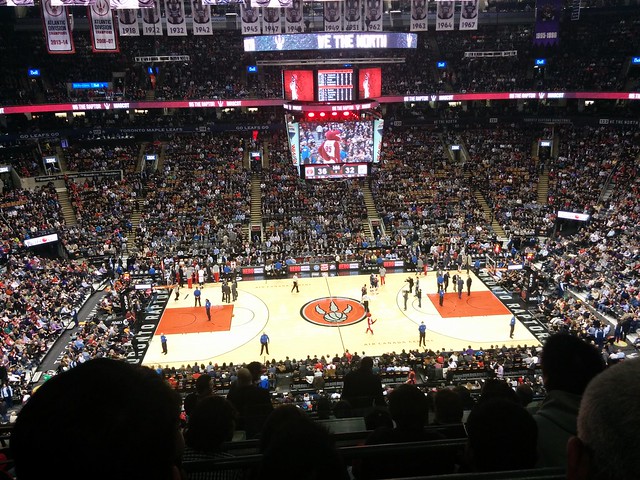 We went to an amazing Raptors basketball game on Wednesday night against the Washington Wizards. The score was 95-93 (in favour of the Raptors) and it was just very exciting all around. I’d like to see more games in the future, because these tickets just sort of happened because a friend wanted to sell some. Maybe next time we will go more intentionally.

I have a ROM membership that allows me to go to the ROM anytime I want, and I can bring along 3 friends with me if I want to. Today I paid a visit to the new Douglas Coupland exhibit that opened up earlier this month and some of the other sections. So to walk around the ROM today while the outdoors were absolutely miserably cold!

Well, it’s Valentine’s Day this weekend, and I just have to say that I’m very fond of JC and I’m glad we stumbled upon one another many moons ago. It’s lovely to have someone like him in my life and I’m grateful for the love and support and friendship.