Things I love Thursday is here again, and there are lots of things and places and ideas I love, but I’m trying to contain myself.

I’ve only recently started employing the Mise-en-place style of baking, and I’m not sure why it’s taken me so long. Baking is basically chemistry, and when I’ve been in the lab (for science), we’d organize most of our supplies, reagents, and tools together in advance, so why not do it in the kitchen as well. Mise En Place is a french phrase pronounced “meez on plaS” meaning everything in place. Or in other words – get your stuff together in advance, and make cooking a whole lot more fun and organized. The Stone Soup blog has a nice list of other benefits of employing the Mise En Place idea to make weekly menus (something I haven’t done), plus there are also delicious mouthwatering pictures of butternut squash related foods (and recipes.)

Urban farming/agriculture is something I’ve been vaguely involved with for years. My mom instilled a love of growing in my from and early age, and while I didn’t really consider it “urban agriculture” when I was out in the horticulture fields in university, it still was. Even though I didn’t consider the city I was living in at the time to be “urban.” Now Toronto is about as urban as it gets, so growing food in the city, with our minimal space, seems (at least superficially) impossible.

But once you get through that layer of seemingly crowded spaces, and misconceptions, there is this vibrant community of people growing, and making, and doing in the city. There is a functional farm at Downsview Park that supplies produce to the folks (like me) signed up for Fresh City Farms food boxes. There are people growing on other people’s land for fun and profit (like City Seed Farms.) There are people saving fruits from going to waste (like Not Far From the Tree.) I love this vibrant community of passionate food people, and I love that I can be a part of it. After being signed up for the delivery box for most of 2012, and volunteering a little, when the opportunity came up, I signed up to be a Fresh City Farms member farmer this year. I’m excited to attempt thoughtful vegan organic methods on my plot of land, experimenting a little, and getting my hands back in the dirt. Starting next week, I’m aiming to write a little bit every about my farming experiments and the process every week on Friday (Farming Fridays, Fresh City Fridays, I haven’t decided yet.) I hope you’ll enjoy them as much as I enjoy going to the farm (which I hope will continue!) I’ll admit, sometimes, fostering can be really hard. Really really hard. I’m a sensitive sort, so when we adopted out Neelix I cried quite a bit. It was the first time I had fostered a cat in years, and JC and I had both gotten really attached.

But in the ways that it can be hard, it’s also really personally rewarding. Now we have Corwin, an adorable kitten from Toronto Cat Rescue. He’s a sweet playful little guy, and he loves to purr and nuzzle and play (like most kittens do.) And instead of being out in a feral colony trying to make his way outside (where he was found), he’s up for adoption. He’s in a warm home with people that feed and take care of him (and love him, I’ll admit), he’s got a couple of temporary cat friends (Kes & Emmie), and all the toys he could want, now he’s just waiting for that Forever home. In case you’re interested, you can read all about him on Adopt-A-Pet, and contact Toronto Cat Rescue to start the potential adoption process. 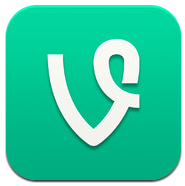 It’s only a week old, and had some bumps along the road, but this iPhone app by the people behind Twitter, is super fun. Take 6 seconds of video, and share it. Go check it out online, download the app if you have an iphone or ipod touch, and let’s connect on there (MeShell.)