There are lots of things I love this year so far, it started off in a lovely fashion, I’ve started knocking things off of my 101 in 1001 list, and we started fostering kittens with Toronto Cat Rescue again. Meet Corwin. He’s about 12 weeks old, and a shy, but cuddly purrfactory. I haven’t really gotten to know him very well yet, so I can’t really write anything other than he’s a sweetheart already with a bit of frost bite on his nose. He’s recovering from being neutered, he’s got a bit of a quarantine, and then he’ll be ready for adoption. People don’t appreciate how hard it is to take a non-blurry picture of a kitten. They’re always in motion, always seeing something that they want to play with, or nuzzle, or chew or hey look over there….

The Goathouse Refuge in North Carolina

I saw a post about Siglinda Scarpa‘s (mostly) cat rescue called The Goathouse Refuge in the New York Times today and it made me smile. Siglinda Scarpa is an Italian-American potter and artist with an affinity for animals, she started the no-kill cat rescue in 2007, and has been the primary benefactor of the organization ever since. There is a full time staff, and volunteers, but it relies on donations and funds from the sale of Scarpa’s art work.

For the holiday gift exchange this year, JC’s sister got me a pressure cooker, and so far it’s been really awesome. We’ve both had a great time using it, and it’s amazing how fast (and tasty) things are. 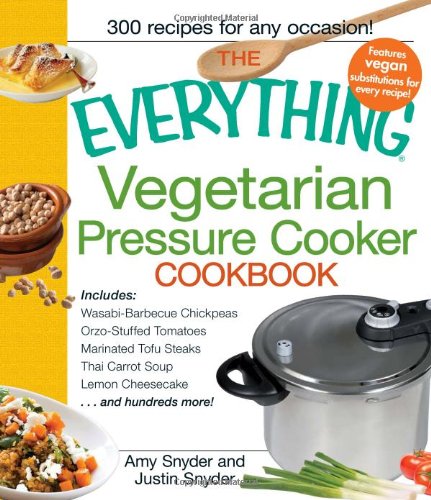 Kelly of Three and a Half Vegans mentioned a book called the Everything Vegetarian Pressure Cooker cookbook, and I got it on the Kobo this morning. It’s not exclusively vegan, but every recipe that isn’t vegan has vegan substitutions included (if needed). I’m looking forward to playing around with it some more, but I made the Paella for dinner tonight and it was delicious and took a total of 30 minutes including cooking!

The Vegan Pledge and Mentor-ship option by The Vegan Society.

I volunteer as a Vegan mentor with The Vegan Society. Sometimes I get connected with people that have no interest in talking, other times people email me frequently with questions and concerns and often those “How do you deal with…” questions. It’s connected me with a lot of interesting people, with different reasons for wanting to be vegan, and has all around helped me identify what’s important to me, and made me aware of the struggles that some people experience when going vegan.

I love that this exists, and that the Vegan Society offers this service, and I know there are lots of other volunteers out there helping people go vegan for free, no consultation fees or “programs” required. If you’re interested in taking the vegan pledge or being a vegan mentor, check it out here on the Vegan Society’s website.

Other stuff on my Things I Love Thursday list are:

Codeacademy, friends that check in on me when I’m sick, rediscovering dreams and consuming as many books as possible on the subject, Tajin fruit seasoning spice, grapefruit sparkling water, watching the new technology appearing at CES, the very awesome job my grocer did of packing up my grocery bags today (seriously, it was impressive,) feeling a bit closer to health. I love that we’ll be visiting Cedar Row for a potluck and working visit (assuming JC and I feel better by Saturday) and, saving the best for last, Kes and Emmie, and JC.