Awesome Vegan Stuff We Saw At ExpoWest – Part one – Meat

I went down to California last week to check out ExpoWest and soak up some sunshine. It was a pretty spectacular show and an amazing point of convergence for distributors, promoters, exhibitors, marketers, health professionals, and bloggers. 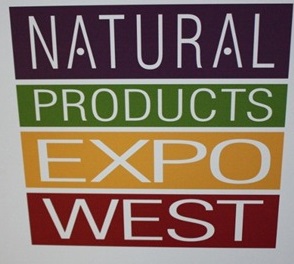 I originally went without intending to blog about it. I was focused on finding out out about new products and their distribution schemes and availability – especially in Eastern Canada (consider that some foreshadowing to some potentially exciting future event.)

I might also have misinterpreted the ExpoWest guidelines that said no photos (for non-press folks). But eventually, I couldn’t help it, there were so many exciting things there, that I wanted to share and started posting a  bunch on facebook, instagram, and twitter as I stumbled upon it (check out the #VegansAtExpo hashtag for a fun time.) Every time I asked a company rep if they were okay with me taking photos they seemed really excited and friendly about it, so that encouraged me to keep doing it.

I cant even begin to cover all the cool stuff I saw, at least not in a single blog post, so I’m breaking it up into a few sections.

First, I’d like to start with all the meat alternatives. There were LOTS at the show. Some of them were new, or just new-to-me, but here are some of the ones I tried and liked.

There were three different fishless fish products that launched at ExpoWest, but I only really really liked two of them. Everyone has been talking about Sophie’s Vegan Toona, and maybe it’s more appealing because there is “vegan” in the name, but I didn’t love it as much as everyone else seems to. They have two varieties, and I tried both flavours – the sea salt and the black pepper. It was based on pea protein and konjac root like most of Sophie’s vegan seafood products. Atlantic Naturals launched their new GMO-Free brand Caroline’s Natural at ExpoWest last week, but they’ve been making meatless products for years. It’s made from soy flour. Unfortunately, they’re only available in the SE USA with no signs of shipping to Canada. If you’re in the USA you can order a similar product online on Amazon, Pangea Vegan Store, or Vegan Cuts (but they are out of stock at the moment).

They were also showing off taco meat, and a variety of other meatless products. In the non-canned fish product category Gardein‘s Fishless Filets were delicious, and I was pleased to find out, they were already available in Canada (if you’re in Toronto you can get a pack at Essence of Life in Kensington Market.) It was a battered and breaded piece of flaky not-fish, and came paired with Follow Your Heart vegan Tartar sauce. If you’re into tartar sauce you can pick some made-in-Toronto tartar sauce from ApieCalypse Now Vegan Bakery. Oh Beyond Meat. Such a great product, such a great brand. Still not in Canada (outside of the Vancouver WholeFoods Deli in prepared vegan chicken products.) BUT – upon talking to a few folks from Beyond Meat, they mentioned they were working on new packaging, and while doing that, were also working on Canadian labeling, so hopefully that means we’ll see it sometime soon. Beyond Meat did two cool things at ExpoWest. Outside of the show, there was a Beyond Meat food truck, where they were showing off their new beefy crumbles in Pepperbellies. A meaty cheesy bag of delicious with some tortilla chips for good measure.

To answer the Teese/Chicago Soy Dairy facebook question… this is a Pepperbelly. It had Beyond Meat Chili made with beef free crumbles, chips, jalapenos, and features Teese Nacho Cheese.

I heard rumors of chicken and waffles being made on Saturday, but I missed it (and I’m not alone, I hear it was really really popular.) Inside the show they had a taco stand. But not just any taco stand, it was very much like a slightly fancier Taco Bell, and they were encouraging people to tweet at Taco Bell to make meat-less beefy crumbles available at Taco Bell. They were making fantastically delicious vegan tacos with their vegan chicken shreds and their beefy crumbles. They were easily a highlight of the show for me, especially since their product is hard to come by (for us).

I got one of the last beefy crumble tacos from their stand on Sunday evening, and gave it to JC. (I think that’s love, because I love tacos.) 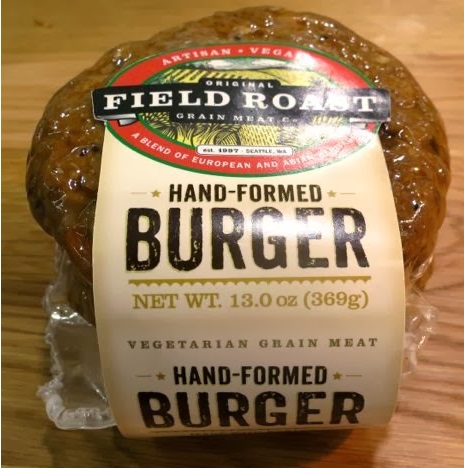 I had a quarter of a burger from the fine folks at Field Roast, and the burger was really good. Tender and juicy, and so flavourful. I’m looking forward to see them available in Toronto, hopefully in time for BBQ season (they did say it’s launching in the Summer.)

Neat is a soy-free, gluten free, and vegan ground beef mix. It comes in a few different varieties, but ultimately it’s based on pecans, garbanzo beans, and white beans.

Sometimes it seems like Nasoya is underrated. They’re the bringers of Nayonaise (one of the first brands of commercially available vegan mayo I ever saw in Alberta. They’re not a sexy new brand of meat-alternative, but they’ve been making it happen since the 70’s. They were making tasty tacos with their tofu.Their tofu continues to exist, continues to be delicious. (they were using Daiya.) 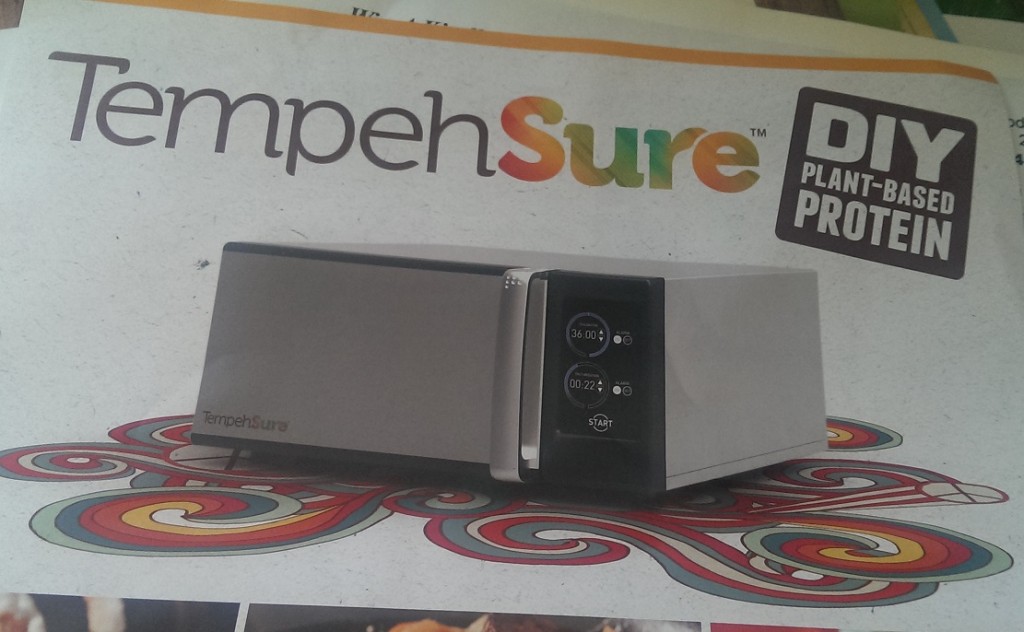 TempehSure is a home tempeh maker. It’s about the size of a microwave or large toaster oven, but it’s a dual stage oven dedicated to making tempeh with soybeans, chickpeas, lentils, and other beans.

I don’t know how likely it is for someone like me to be interested in actually having such a device in the house (especially since I feel comfortable working with , but I think it is kind of a cool that such a thing even exists. You can learn a lot more about it on their website.

They have not released the product yet, but said it is coming soon.

Hodo Soy Beanery was sampling out their tofu, they are the supplier of tofu for Chipotle’s new Sofritas (which is available in Vancouver, but not in Toronto yet.)

They’re based out of West Oakland, and use whole organic soybeans from a farmer’s cooperative in the Midwest. They make tofu, soymilk, and yuba (tofu skin), and seem to have a nice set up. Next time we’re in the San Francisco/Oakland area it would be cool to get a tour of their facility.

Ontario’s very own Sol Cuisine was there showing off a couple of new products. They were sampling out some Korean BBQ pieces when we walked by. Oddly enough, while they’re a Canadian company, the okara based Korean BBQ pieces or any of their other meatless frozen chicken items don’t seem to be available in Canada at the moment.

The show was great for finding out about new products and exciting things I hope to see make their way to Canada sometime soon (if not already).

You might have noticed that I’ve linked to a lot of these products or shown places where you can buy them. I am not an affiliate for any of these sites and I don’t use affiliate links on this site, opinions on products are entirely my own, and not sponsored. There were free samples onsite.

Have you tried any of these products already?