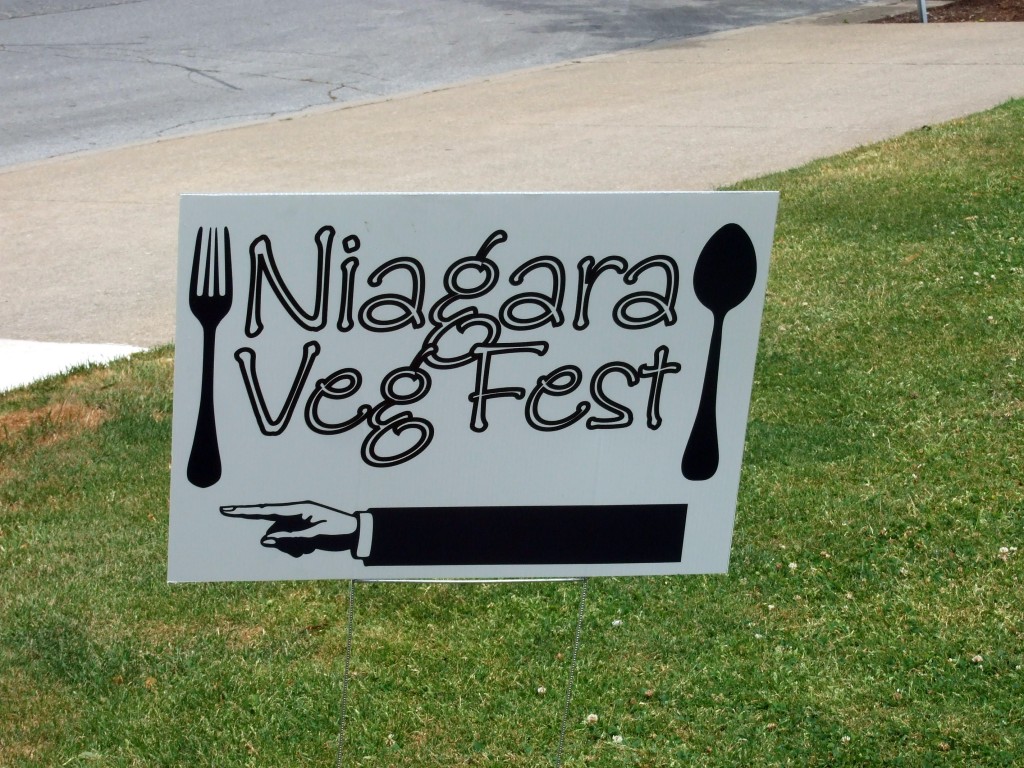 Last weekend JC and I went to the Niagara region’s first VegFest at Robertson Hall, St. Catharines. It wasn’t really a surprise that it was packed, since so many exciting vegan things are happening in the area, but the crowds were a little overwhelming at times. According to the organizers 1250 people dropped by to check out the festival that day. Amazing. 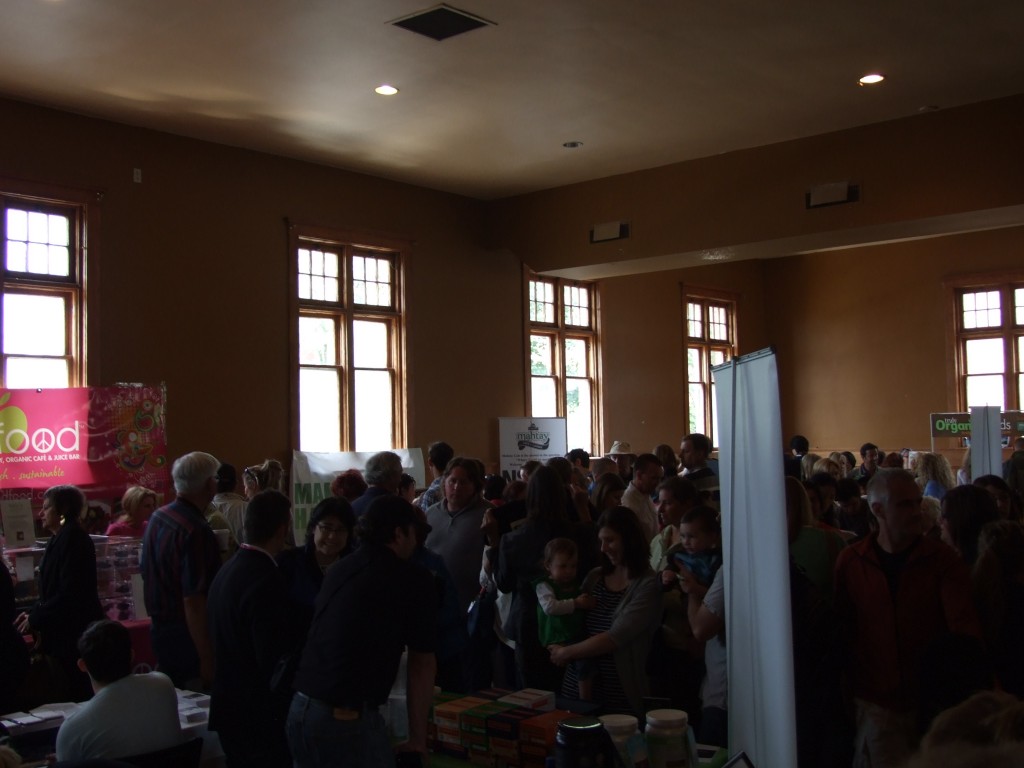 There was a great selection of 30 exhibitors and vendors. We skipped breakfast in preparation to start snacking on tasty food at the festival, and we were not disappointed. JC tried a pizza pocket from Happy Vegan Kitchen, and I think he liked it since it disappeared. 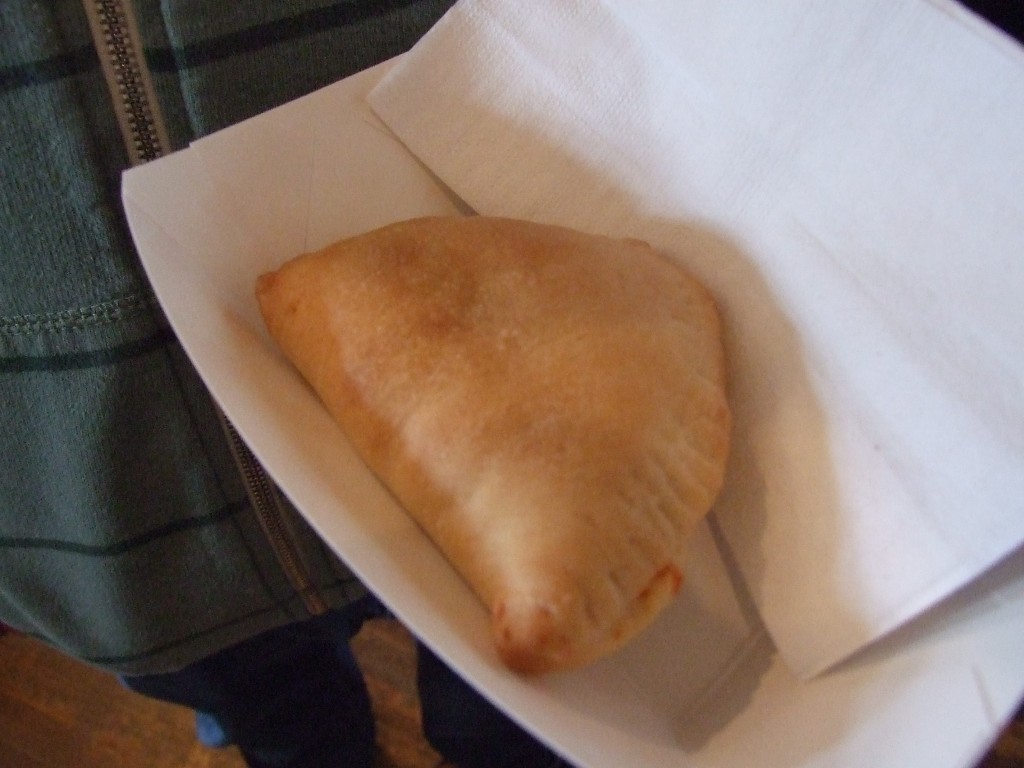 Other food related highlights (at least for me) were the Dulce de la Leche cupcakes from Kindfood/GFV Baking Co (From Burlington, Ontario) 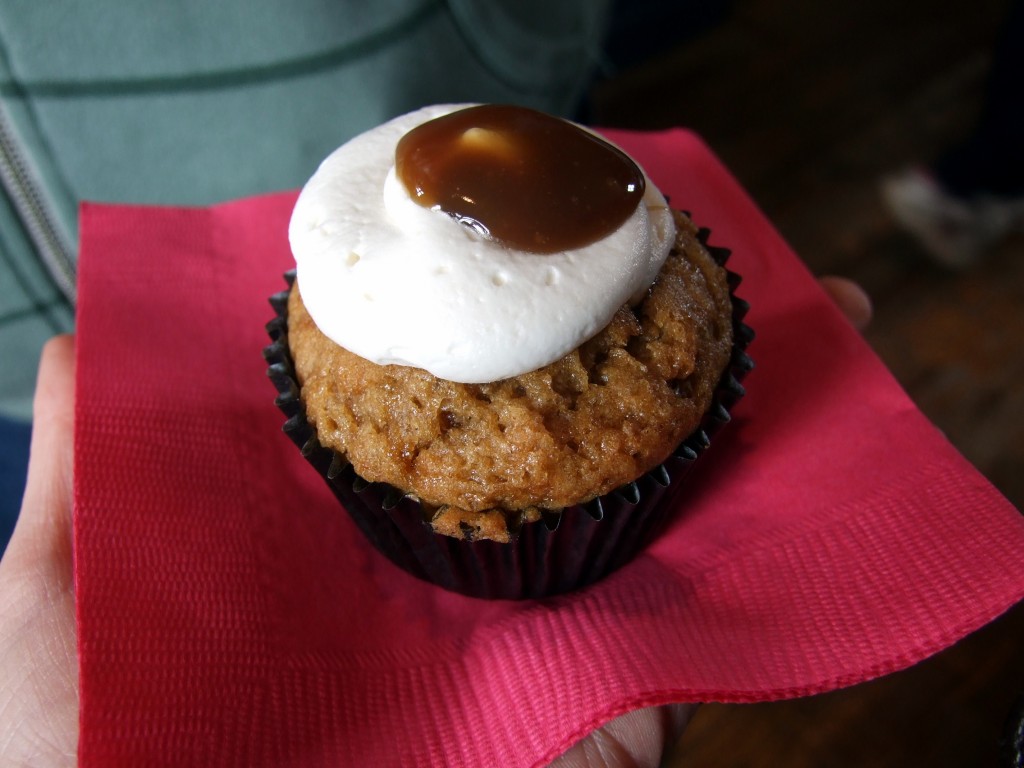 And the bean and tofu tacos from Rise Above Bakery & Catering (120 St. Paul St., St. Catherines, ON) that JC picked up for me after I escaped the hall and hid in the sun outside with a coffee from local cafe Mahtay Cafe & Lounge (241 St. Paul Street). 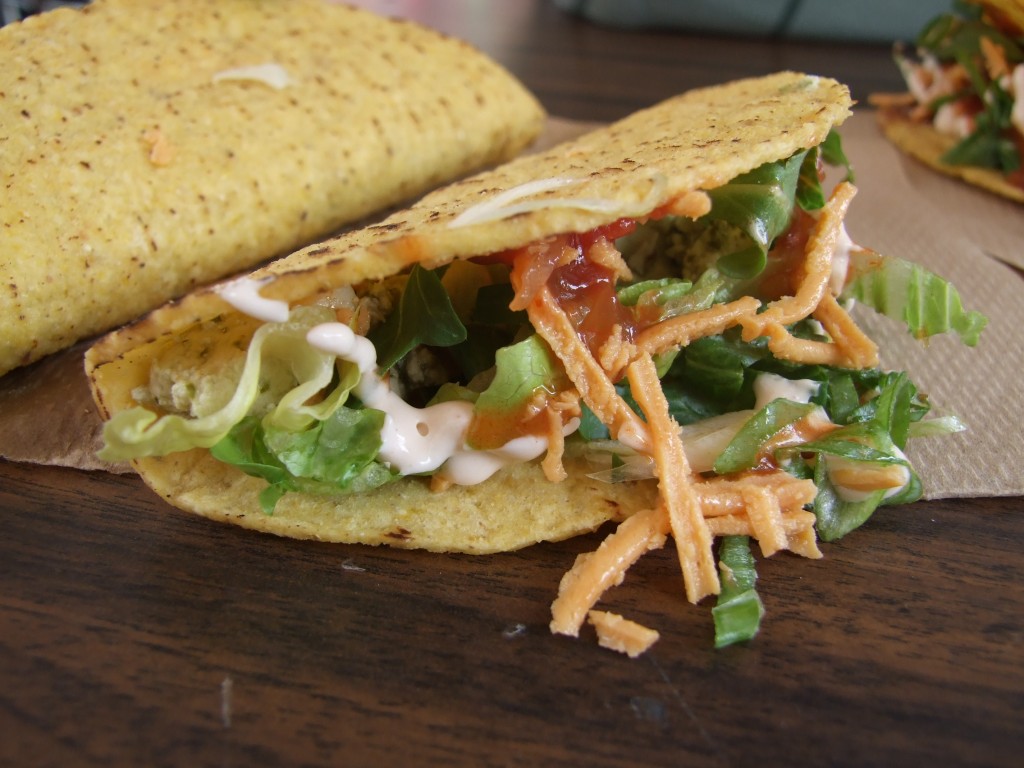 Last thing we picked up was a box of vegan treats from Sestres Coffee Shop (191 Ottawa Street North, Hamilton, ON) but I knocked it around before I got a chance to take a picture, but there was a great assortment of different treats. Some I didn’t like, some I really liked, but it was perfect to have in our hotel later. I did pick up a “meat” pastry, and it was totally flaky and interesting. Almost like a croissant. 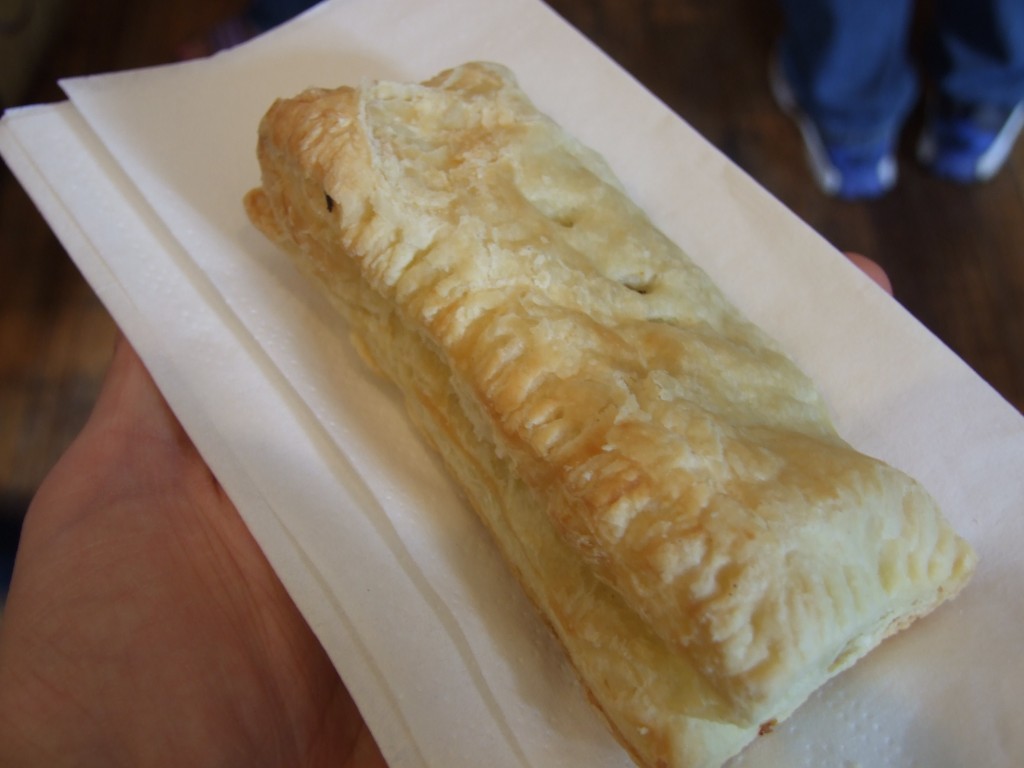 Most of all, my favourite part of the Niagara VegFest was the community of it. People were talking, people had their kids, their friends, their coworkers with them. In my case I got to meet a few people, that I had only spoken to on twitter/facebook/email up until that point, like Laurie Sadowski, with her newest cookbook Allergy-Free Cook Bakes Bread: Gluten-free, Dairy-free, Egg-free. 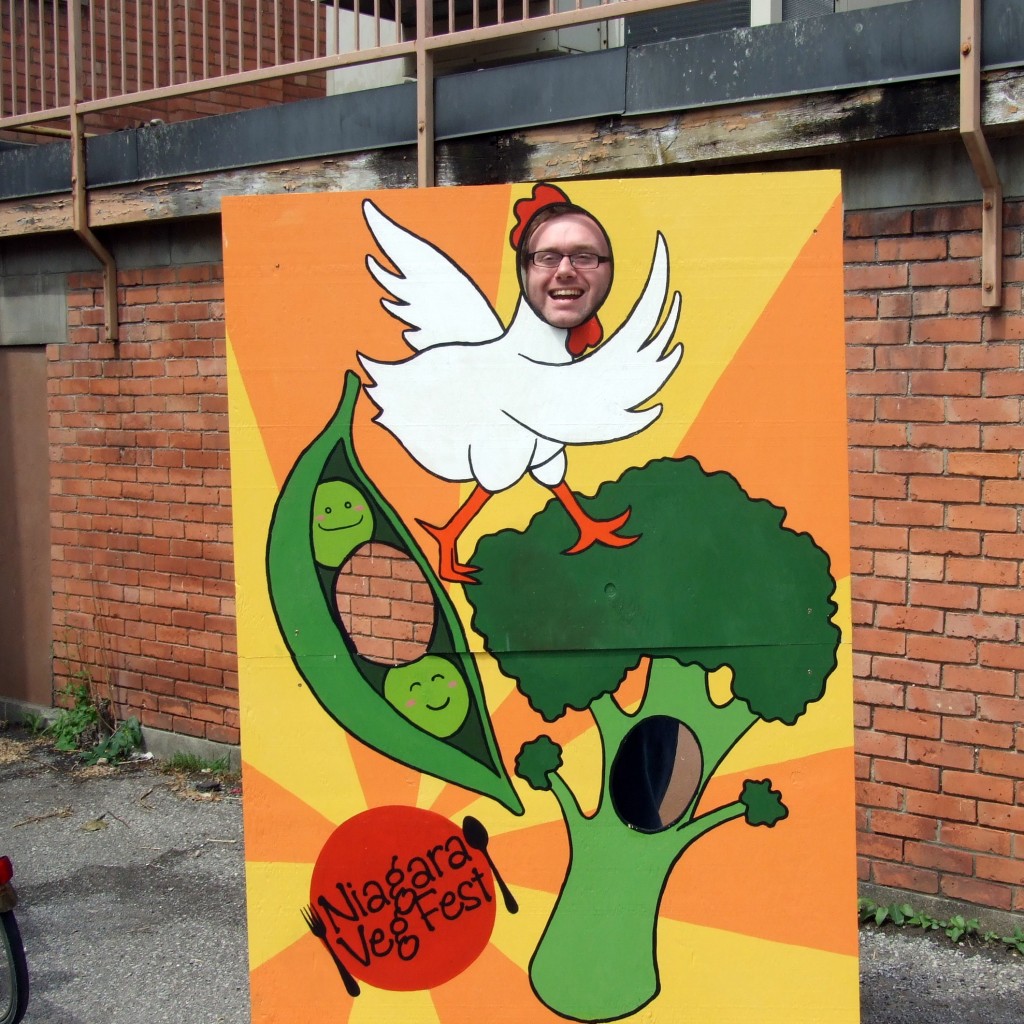 We spent the rest of the weekend at Niagara Falls, but more on that eventually. This weekend there is a Raw/Vegan festival in Toronto, and I’m very excited to check it out today.