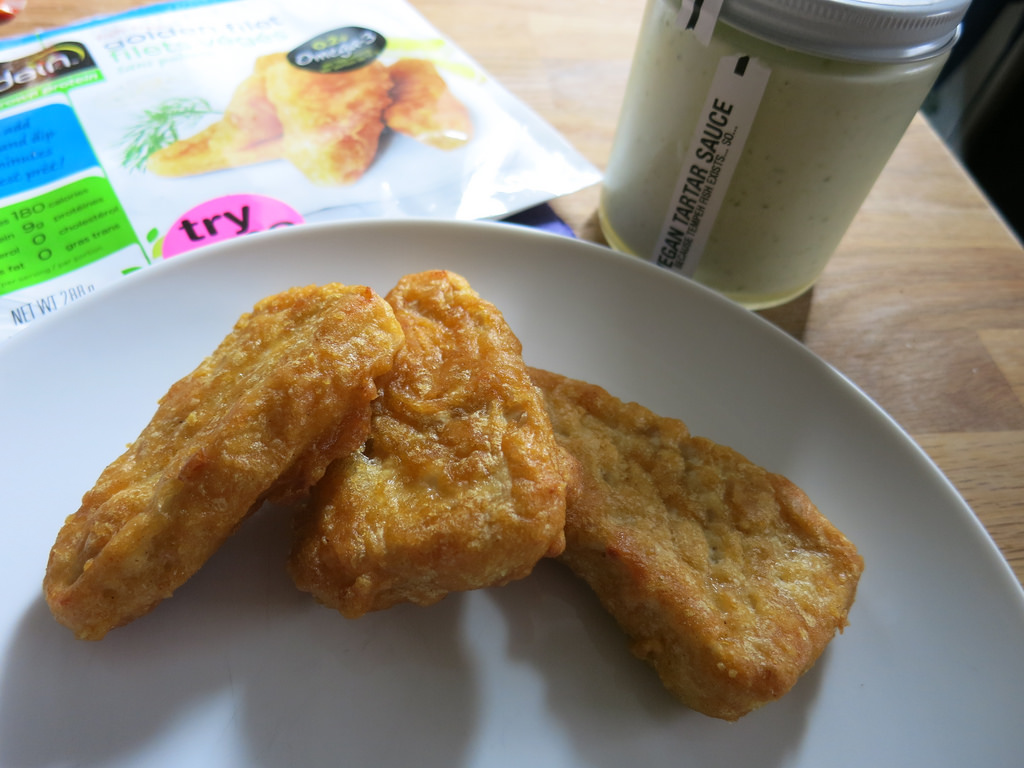 After last the lazy vegan Friday post about Gardein’s Breakfast Sandwiches, one of you wonderful readers were kind enough to tell me where I could find Gardein’s Fishless Filets (thanks Dan!) After my attempts to find it at Essence of Life were fauxfishless. So this weekend we took a little trip up to Fiesta Farms, a great independent grocery store at Christie & Essex Street, with lots of plant-based options, and checked out the freezer section.

They had the Fishless Filets, and I filled up my basket. As a courtesy to other people – I did not take all of them, but I was tempted.

After trying them at this year’s ExpoWest, I had some idea of what to expect from this product, but everything tastes a little different when you make it at home, so I was interested in seeing how it would translate when a non-gardein rep (me) was making them.

Upon opening the package, there are six pieces of fishless filets, and, although they’re frozen, they look golden and brown already (but a little too hard to eat). 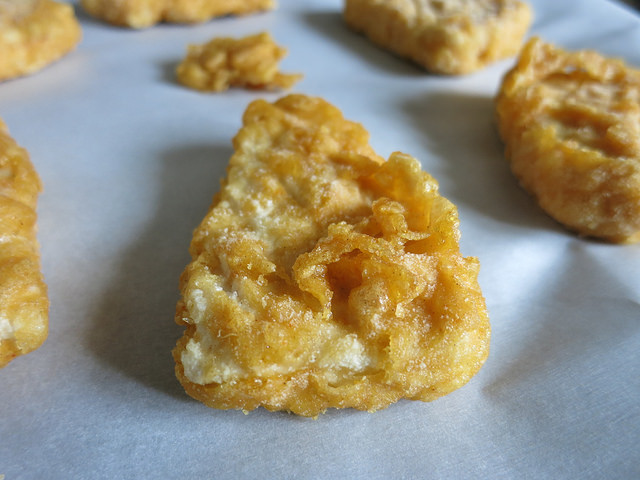 I followed the baking instructions the three times I’ve made them so far, with positive results. I find for ultimate laziness, it’s best to only do one step, rather than the microwave + pan frying step. It only takes around a half an hour which is fast enough for me, though it’s nice to have options.

So what did I think? 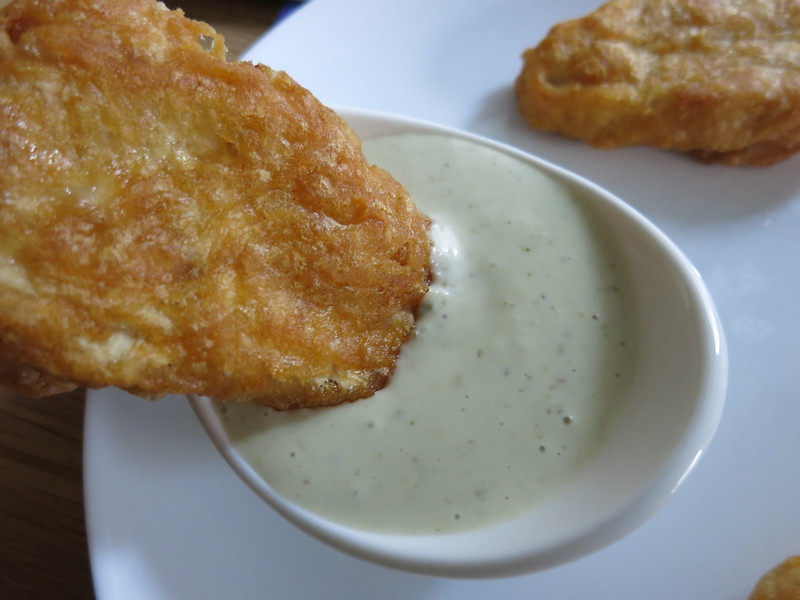 I’ve loved this product at first bite, so it wasn’t surprising that I’d like it made at home too, with the added benefit of getting to eat it with some ApieCalypse Now Tartar sauce. As the package mentions – don’t over cook it. Too long and it gets a bit dry, but still edible. 27 minutes in total (15 on one side, 12 on the other) has been my magic number, yours may vary!

I found it an interesting and positive step that this product contained DHA and EPA (from algal oil).

You can get the nutritional information online as well, but it doesn’t include the omega 6 and 3 information. 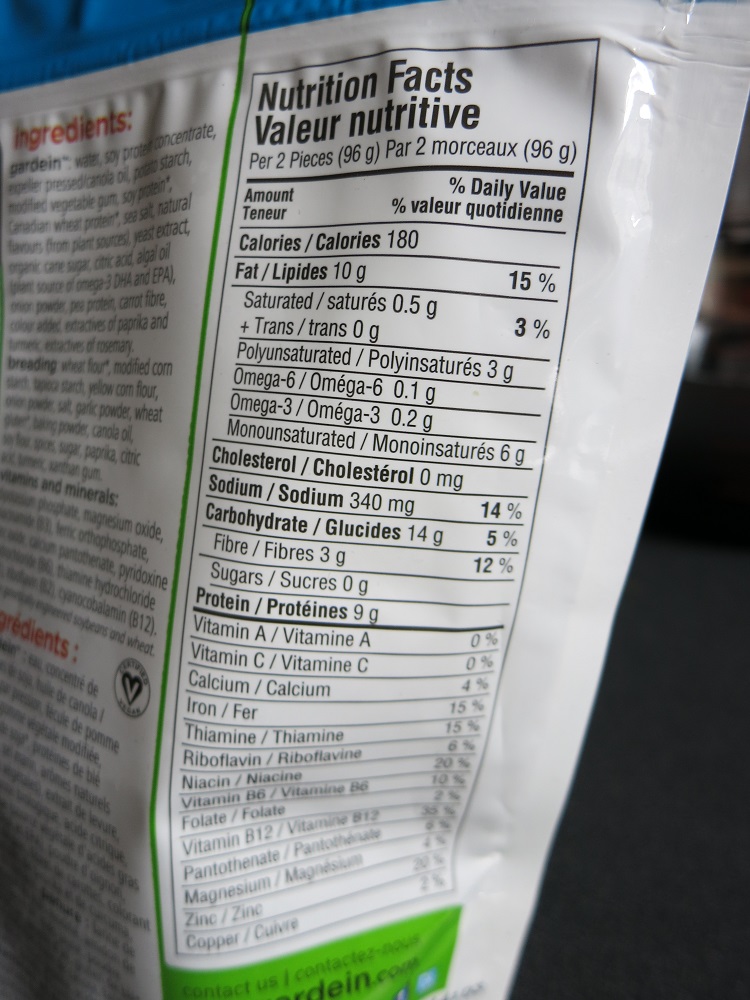 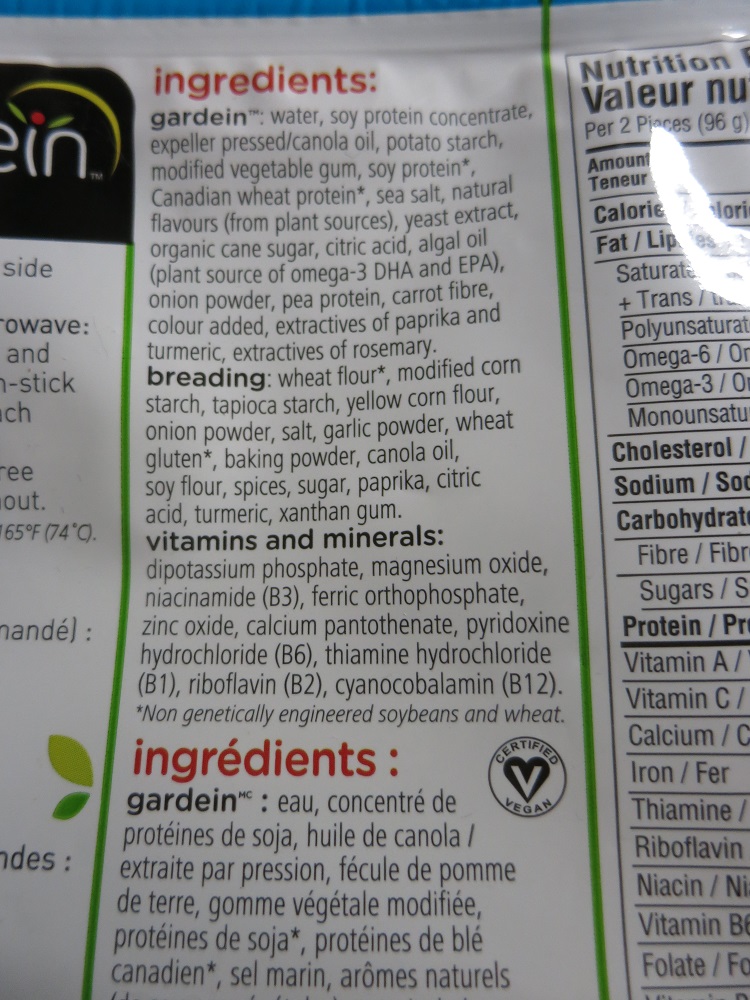 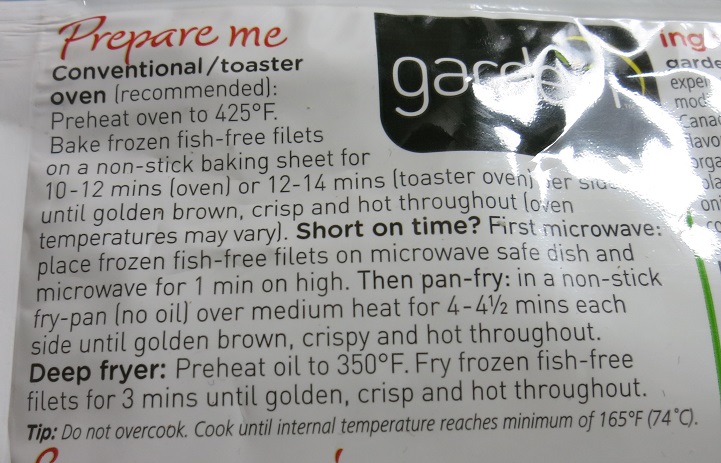