In another edition of throwback Tuesday, where I hopefully recap all of the awesome stuff we did in December.

To Recap (and to keep myself organized), up until this point in San Francisco, we had visited:
– Millennium – Happy birthday to me!
– St. Francis Fountain – Brunch of Champions
– Souley Vegan – Amazing vegan Soul Food in Oakland
– Herbivore – Brunch of okay.

The last night in San Francisco, and I wanted to spend it with JC and enjoy the vegan Mexican food at Gracias Madre. I had a lovely time, and great food on my last visit in 2010, so I wanted to share that same positive experience with my Love. Unfortunately, there was some server weirdness as soon as we were seated.

The server whispered conspiratorially to JC – “You know this food is vegan right – no meat…” implying that JC wasn’t vegan, or that he wasn’t aware of what restaurant he was in, or worse yet, that I had just dragged him there unawares. Way to operate under stereotypes dude. Unimpressed. 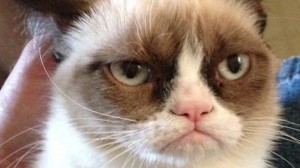 At least the food was good. We started with Guacamole Con Tortillas, because really, what better way to begin? Delicious salty mashed guacamole, with cilantro, lime and spice, with a basket of warm fresh tortilla shells. It’s reason enough to go there. We both ordered the exact same thing on the menu, and I’ll admit it was partially because the server didn’t make me particularly comfortable ordering anything I’d be unable to pronounce. We  got tacos with mushrooms, plantains, and squash. They’re tacos, they’re yummy, but also helped me re-realize how much I don’t like plantains in any form other than chips. But the pièce de résistance at Gracias Madre is the Flan. If you have nothing else, this is what to eat there. The last time I had flan… was on my last visit to San Francisco. It’s not one of those regularly available vegan desserts.  This is delicious, and of the two times, this one was even tastier. Sweet and rich with a heavenly caramel on top. I raved about it last visit, and I raved about it this one. It’s normally an egg based dessert made with evaporated milk, but I’ve never been compelled to veganize it. Maybe I will make the attempt this year. (I’m especially curious about this one on Jane’s Healthy Kitchen)

We were leaving the next day in the afternoon, so we started preparing a game plan on what we could do before we left. The decision to go to Souley Vegan was obvious and delicious, so we planned for an early lunch and then it was off to Las Vegas.