As soon as winter rolls around I need lip balm and I need it ASAP. Considering I come from a dry climate (Edmonton), I’ve acclimated to the Toronto humidity quite quickly, and when it’s gone, I notice. Toronto goes from being a mostly humid city to zero suddenly, and it isn’t pretty. My usual go to product since I found them last year was Green Beaver’s gluten-free stick lip balm. Why a lip balm needs to be gluten-free I don’t know, but it was one of the better ones I’ve tried. Totally vegan (no beeswax/cera alba), and they managed to get it all into a smooth stick form without any issues. 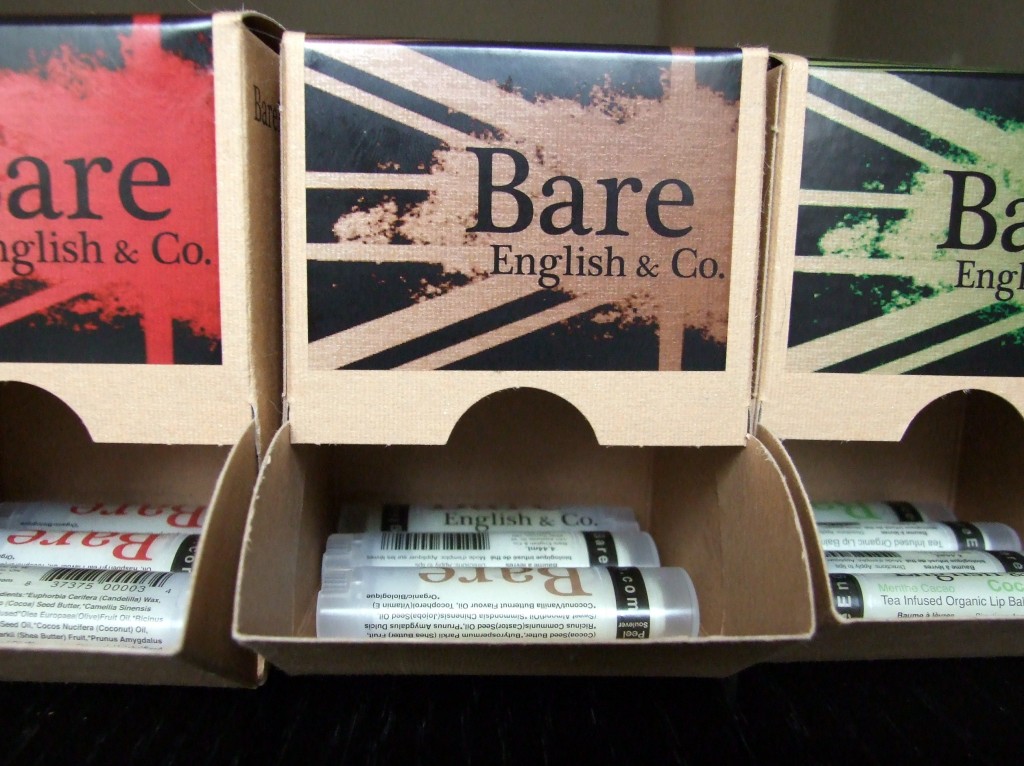 Winter is coming; some people ask their joints, I can just ask my face.  I was at Evergreen Market on Roncesvalles with a friend a couple of weeks ago, and I needed lip balm and I noticed something new. Bare English & Co. I was attracted to the box and the price, but doubted it was vegan. But since I tend to read ingredients out of curiosity anyway, I scanned through, waiting for one of the blacklisted (I’m looking at you beeswax/cera alba) ones to show up. But I was pleasantly surprised. Totally vegan. Sold.

After a couple of days of using it, my lips were happy again.

And then I started to get curious. I like ethical businesses, I like local businesses even more. I like knowing more about them. Who are these people? Who is Bare English & Co? I read through their website, and the details were vague.  I wanted more, so I sent them and email and had the opportunity to meet with one of the founders last week. 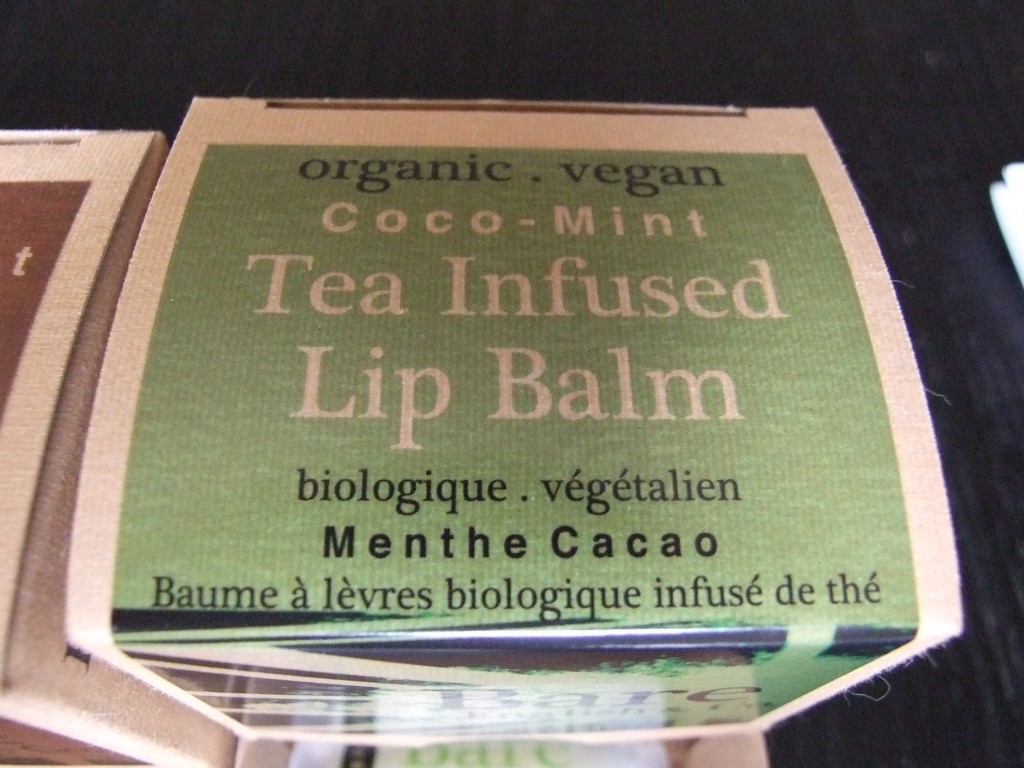 Frank Roberts, a former courier business owner, now Bare English & Co. co-founder, entrepreneur, and brand evangelist, partnered with a vegan chemist, and a small team of Torontonians to create a new local, organic, vegan business. After a year or so of research and development, Bare English & Co. went live about 6 months ago. I think they have done something great with it so far. It’s nice to see a vegan, organic business with a modern, fashionable, approach and I look forward to seeing more from them in the future. 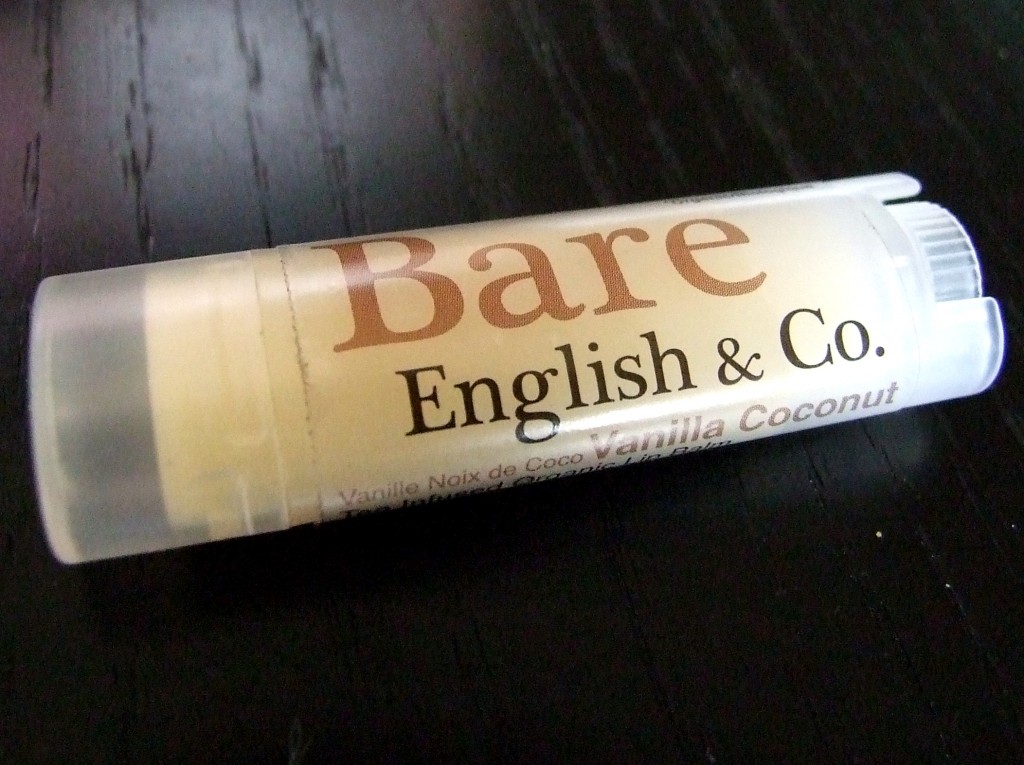 Every detail is taken care of, including something I’ve never thought of. The shape of traditional  stick lipbalm is a totally round cylinder. I just put it in my purse and it doesn’t matter. For people that might keep their lip balm in their back pocket, they sit down and it can fly out. Bare English & Co.’s elliptical cylindrical shape aims to combat the flying lip balm problem. But I haven’t tested this out. 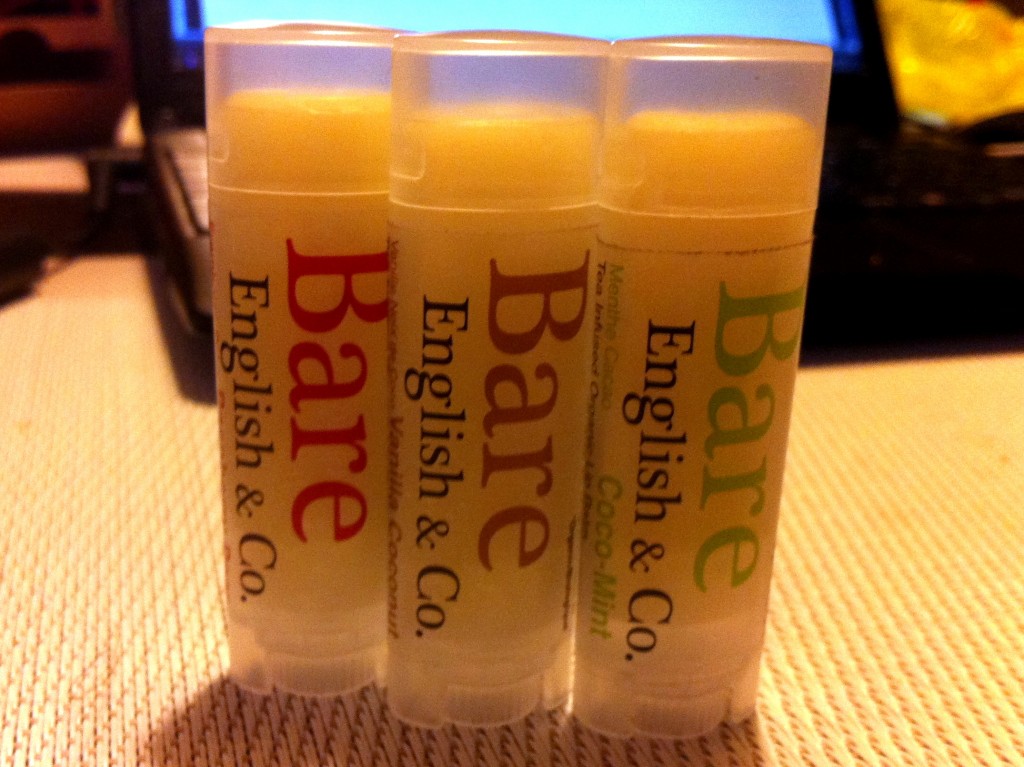 They have three varieties of lip balms available right now. Coco-Mint, a chocolate peppermint balm infused with peppermint tea and the first one I ever bought (and my personal favourite – you can see it’s the one that’s been used the most in the above photo.) Vanilla Coconut (Frank’s favourite), infused with green tea, and honestly it smells like heaven (and cookies.) Then there is the Raspberry Pear, immediately hitting you with a burst of raspberry and a hint of pear. Someday in the future they hope to expand beyond the lip balm market and on to 11 other potential product lines, including a Baby Bear Baby Care line.

Winners have been contacted by Email – thanks for playing!

Full disclosure: I purchased my first Bare English & Co lip balm from the store and liked it enough to contact the company for more details. The product I’m giving away was provided by Frank Roberts of Bare English & Co. He told me to do whatever I wanted with it, and I want to share the love, or in this case, balm with you fine people.